Home News Here’s how to use the Samsung Galaxy Note 20 Ultra to stream...
News 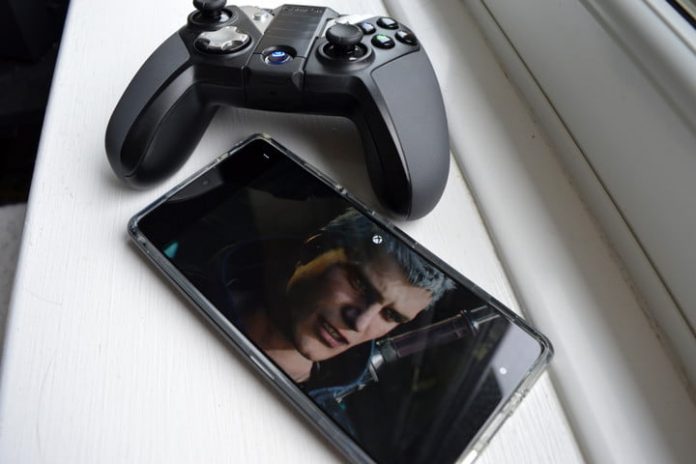 There’s little doubt in anyone’s mind that the recently-released Samsung Galaxy Note 20 Ultra and Note 20 are two of the best phones released this year. Their large screens, powerful hardware, and S Pens mean they’re excellent productivity devices — but did you know they can both play Xbox games through cloud gaming? That’s right, you can settle down on your sofa and play console-quality games using nothing but your humble smartphone. Here’s how it works.

Please note: This feature is currently under a preview phase, and sign-ups end on September 4. The preview period ends on September 11, but the feature launches for everyone on September 15. If you want preview access before September 15, it’s best to get your skates on.

What you’ll need to get started

You’ll need a few things to get started streaming Xbox games to your Galaxy Note 20. Firstly, you’ll need a Samsung Galaxy Note 20 or Note 20 Ultra. Either model is fine, but at the moment, this feature is restricted to only Note 20 models. Expect other Samsung devices to get access to this game streaming eventually, but for now, it’s just for the two latest Samsung Notes.

You’re also likely to need a Bluetooth controller. Some games work fine with touchscreen controls, but many require a controller. Microsoft’s Bluetooth Xbox controller is, unsurprisingly, the best choice for this, but any of our favorite controllers should work. We tested it with the GameSir G4s, and it worked perfectly. However, if you’re worried about compatibility issues, we recommend buying the official Xbox controller.

Finally, you’re also going to need a steady Wi-Fi connection. Cloud gaming uses game footage streamed through the internet, so it’s an extremely data-heavy process, and you’re going to need a decent internet connection to handle it. Wi-Fi is likely to be the best choice for most, but some lucky people will be able to make use of a 5G connection to stream — though keep in mind you’ll probably need unlimited data or a very high cap.

Once you’ve got your Note 20, controller, and Wi-Fi connection, we’re ready to begin.

Sign up to the Xbox Game Pass, and register for the preview

Next, you’ll need to sign up for the Xbox Game Pass and register for the streaming service itself. Xbox Game Streaming is currently in a preview stage, and as such, you’ll need to apply for it before you can use it. If you bought a Note 20 from Samsung, you were probably sent an email inviting you to the preview. If you haven’t, you can find the application form on the Project xCloud website. You’ll need to apply before you can access the service, and applications for early preview access end on September 4, so jump on it quickly if you haven’t already. Once you’ve applied, you’ll get an email receipt confirming your application and (hopefully) confirmation of your acceptance shortly after.

Of course, you’ll also need to subscribe to the Xbox Games Pass on the Ultimate tier, which costs the princely sum of $15 a month. That’s the most expensive tier, but it gives you access to absolutely everything, so if you have a PC, you’ll also be able to access the full library of Xbox games for Windows as well. Your first month will only cost you $1, so you’ve got a chance to figure out if it’s worth your money or not.

Once you’re signed in, you’ll be presented with a list of games to play — and it’s a big list. You can add games to your Play Later list and select games to play now. To play a game, simply select it from the list, and tap Play. After a few moments of loading — during which time your stream is being started — you’ll be transported into your game. If your chosen game requires a controller, the app will warn you before it starts, giving you the chance to connect a controller.