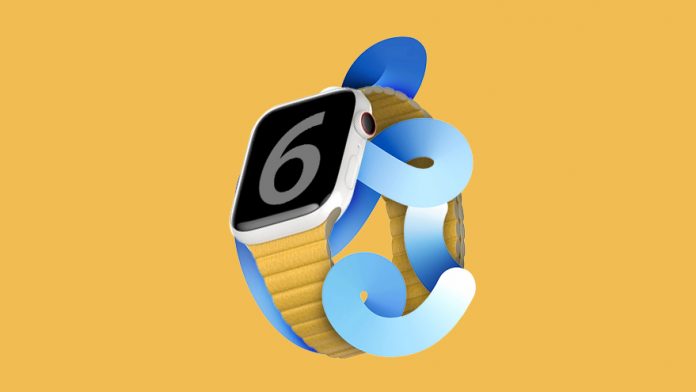 Ahead of Apple’s “Time Flies” virtual event on Tuesday at 10:00 a.m. Pacific Time, well-connected Bloomberg journalist Mark Gurman has been sharing some last-minute thoughts via Twitter on the new product announcements that he expects to see later today, with a particular emphasis on new Apple Watch models.

Gurman has already said his broad expectations for Tuesday’s event are a focus on a new Apple Watch Series 6 and iPad Air, with Apple likely to introduce its rumored iPhone 12 at a later event in October.

As for Apple Watch, Gurman has tempered expectations for the Apple Watch Series 6, saying that he “wouldn’t look for a ton new” besides blood oxygen monitoring and a faster processor. We already know sleep tracking will be included in watchOS 7, but whether that will be twinned with better battery life or a fast-charge capability is still speculation at this point.

Moving on, Gurman personally believes a new lower-end Apple Watch model also rumored to be announced today will be called “Apple Watch SE,” which is the same branding that proven leaker Evan Blass used in his latest tweet about what to expect from Apple at the upcoming event.

Both the Apple Watch Series 6 and Apple Watch SE are expected to come in the same 40mm and 44mm sizes, with the SE model said to be the same as the current Series 5 in terms of design and internal specifications, according to Gurman. Blass predicts both models will also come in both LTE and Wi-Fi versions.

As for the new ‌iPad‌ Air model expected to be introduced, Gurman says it features a similar all-screen design as the iPad Pro but will lack the ProMotion display and won’t feature Apple’s latest A-series processor.

Lastly, Gurman reiterates his expectation for Apple One service bundles to be announced on Tuesday, along with a new Apple fitness service, but a new Apple TV model remains delayed. Gurman has not mentioned any specific announcement date for Apple’s rumored Tile-like AirTags accessory, unlike hit-and-miss leaker Jon Prosser, who believes an announcement is “likely” to come on Tuesday.

Apple's online store is down in anticipation of its "Time Flies" event later on Tuesday, strongly suggesting products will be
Read more
News

Adobe today announced the launch of new updates for its Premiere Pro and After Effects Creative Cloud apps, which are
Read more
News

As with WWDC back in June, today's media event kicking off at 10:00 am Pacific Time will be entirely online
Read more

Apple's online store is down in anticipation of its "Time Flies" event later on Tuesday, strongly suggesting products will be
Read more

Adobe today announced the launch of new updates for its Premiere Pro and After Effects Creative Cloud apps, which are
Read more

As with WWDC back in June, today's media event kicking off at 10:00 am Pacific Time will be entirely online
Read more