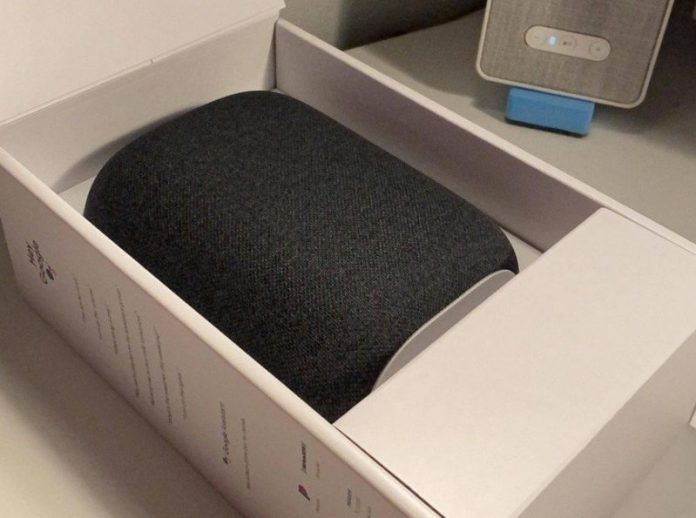 The touch controls are located on the top front-half of the Nest Audio. 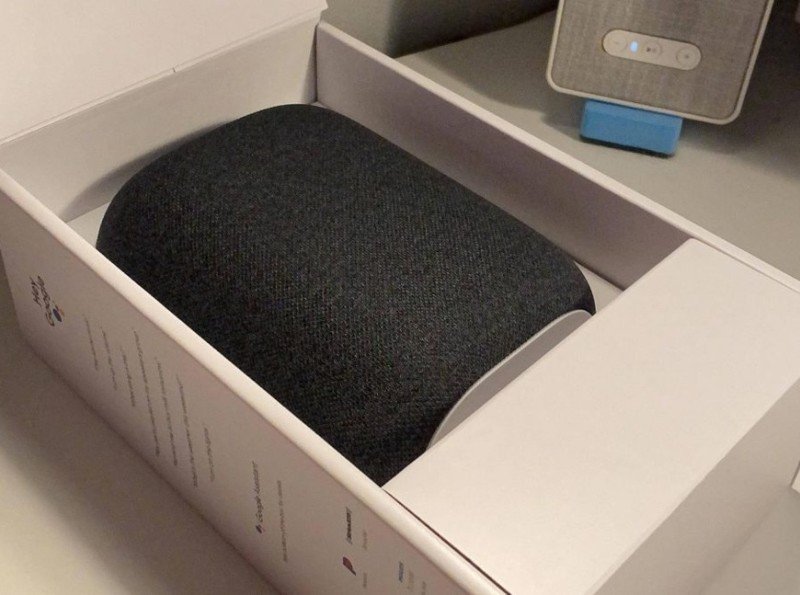 A day after the retail packaging of Google’s upcoming Nest-branded smart speaker confirmed its official name, images showing the device getting unboxed have now appeared online. The images, which have been posted using a throwaway Reddit account, give us our best look yet at the device (via 9to5Google).

As you can see in the images above, the gray Nest Audio variant has a white base and comes with a similar white power adapter as the Nest Hub Max. The images also reveal the presence of a proprietary barrel jack, identical to the Nest Mini. The touch controls are placed on the top front-half of the device. You will need to tap the corners to adjust the volume, while the front top can be used to play and pause music.

While the complete specifications of the Nest Audio haven’t been confirmed yet, the Redditor claims the smart speaker “blows the original Google Home out of the water” when it comes to audio quality. The boot-up sound is said to be different too, with a “guitar, maybe a bass, and then the signature piano key.” 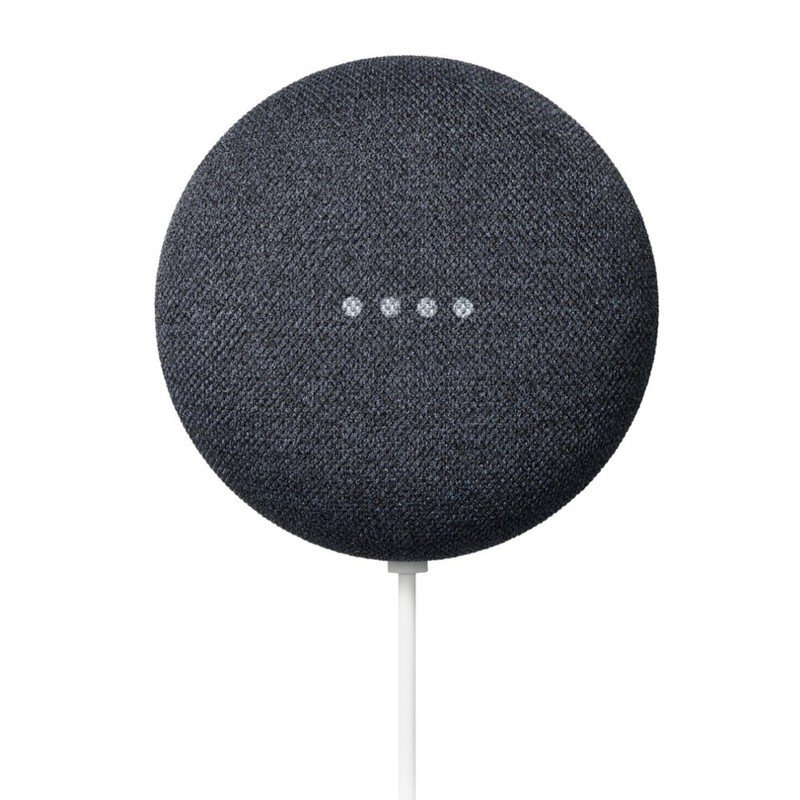 The Nest Mini is a tiny smart speaker that can be placed anywhere in your home. You can even have it mounted to a wall, thanks to the built-in mount at the bottom. While it doesn’t offer great audio quality, it is surprisingly loud for its size.

You don't have to choose between becoming a premier creator, editor or producer.Learn to do all three, become savvy in
Read more

Every Target shopper needs to sign up for Target Circle immediately. The old days of paper coupons are gone, and
Read more

Sharing Stadia Pro games could make potentially save families a lot of money.What you need to knowMonths after its launch,
Read more