Home How to Fortnite season 4 week 4 challenge: How to deal damage with a...
How to 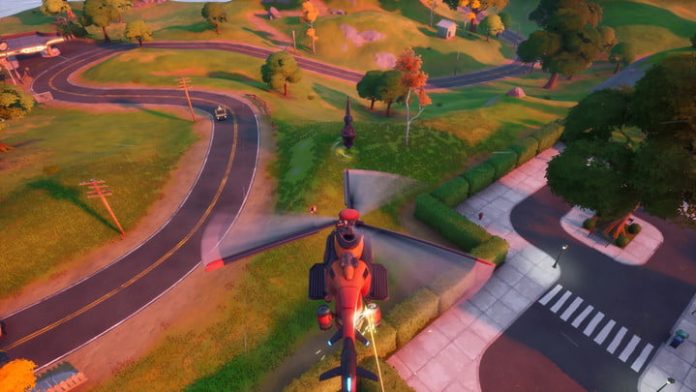 Fortnite‘s season 4, week 4 challenge for dealing damage with a Gatherer’s remains is likely the toughest of the week, but it can be stacked with the one for destroying 20 Gatherers — which we detail in this guide. You’ll definitely want to check out that guide for more details on how to actually find the Gatherers, but we’ll give you an overview below. The reason dealing 10,000 damage with a Gatherer’s remains is so tough is that the weapon isn’t very powerful and shoots slowly, making it hard to use.

To deal damage with a Gatherer’s remains, you first have to locate a Gorger, then take down one of the Gatherers that spawn from it and quickly pick up its remains to use as a weapon before it explodes. It’s a tad complicated, but in this guide, we’ll show you everything you need to know about Gatherers and how to use their remains as a weapon.

Here’s how to deal 10,000 damage with a Gatherer’s remains in Fortnite.

How to locate Gatherers

The first thing you need to do is locate a Gorger, which is a drone that will spawn the smaller enemies known as Gatherers. The Gorger itself is a formidable foe that you’ll need to watch out for, so do your best to avoid its lasers while you’re near. The easiest way to locate a Gorger is to get in a helicopter as soon as you start a match in either solos, duos, or squads. We like to use the helicopter on the island to the north of Misty Meadows, but any chopper will do. Just make sure you’re in a chopper before the two-minute mark of the first circle, which is indicated in the top right of your HUD, beneath the map.

Once you’re in the air, at around the two-minute mark of the first circle, you should see a large laser beam shoot up into the sky, indicating the location of a Gorger. Stick around in the sky from around the 2:15 to 1:45 minute marks just to be sure. Once you see the red beam, fly toward it and get prepared to take out the Gatherers to collect their remains (which is a lot less morbid than it sounds since they’re robots).

How to destroy Gatherers and deal damage with their remains

The video above shows the whole process of landing near a Gorger, defeating a Gatherer, and using its remains to deal damage. Use this method to get into the position to deal damage with the Gatherer’s remains.

After you’ve landed close to the Gorger, be on the lookout for the Gatherers, which are smaller versions that spawn around the Gorger itself. They’re easy to take out, so run right up next to a Gatherer and shoot it a few times — it’ll go down. What you want to do is quickly pick up its remains after it goes down. Keep in mind that you only have a few seconds to do this before they explode, so make sure you pick up the remains quickly. If you don’t grab it in time, don’t worry — the Gorger will spawn more Gatherers. Once you pick it up, you can use the remains as a weapon that has unlimited ammo.

Unfortunately, it’s not the greatest weapon to use since it shoots slowly, deals minimal damage, and takes forever to recharge. What we recommend you to do is shoot the Gorger with the newly acquired weapon enough to lower its health almost to zero. Then, keep shooting at the Gatherers as they spawn infinitely. To complete this challenge, you have to deal 10,000 damage with the remains of a Gatherer, which is a lot, considering the weapon isn’t very powerful.

If you lower the Gorger’s health to almost zero, you should be at around 1,600 damage with the weapon. At this point, you’ll have to wait for each Gatherer to spawn, so be patient and do your best to avoid being taken out by the Gorger (and other players). You can also deal damage with this weapon to other players, but it’s a lot harder to do that since the weapon fires so slowly. Though, if you can manage to take out real players, you’ll be much closer to that 10,000 damage mark, so it’s up to you how you choose to tackle this.

It’s possible to complete this challenge in the same match, but it will likely take you quite a bit of time to do so. Depending on the location of the Gatherers in relation to the storm, you might not have enough time to deal enough damage to complete the challenge in one game, so luck does play a role in how quickly you can finish it. For us, it took three games to complete the challenge because we actually got taken out by enemies near the Gorger on our first attempt. Luckily, your progress does carry over from game to game, so it’s no biggie if it takes you more than one try.

It’s highly recommended to stack this challenge with the one for taking out 20 Gatherers since they can be done at the same time, which will speed things up if you want to finish all of this week’s challenges in a timely manner. Also, make sure you don’t accidentally take out the Gorger because it’ll stop spawning the Gatherers you need to deal damage. If this does happen, or if the storm is starting to get close, you can try to just play the remainder of the match with the weapon — but again, this will be tough.

After you’ve dealt 10,000 damage with the Gatherer’s remains, you’ll get credit for completing the challenge and 50,000 XP, making it a worthwhile challenge to complete. As always, bring a buddy or two with you to protect you from other enemies and to revive you in case the Gorger takes you down.