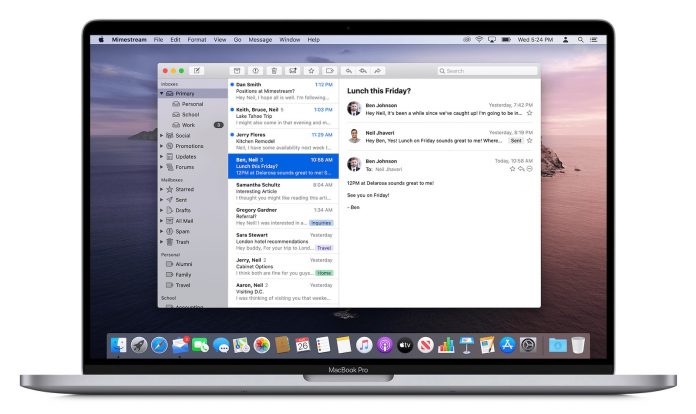 Neil Jhaveri, a former Apple engineer who worked on the company’s default Mail app, has introduced a new Gmail client for macOS.

Available in beta, Mimestream is a native app written in Swift and designed with AppKit and SwiftUI for a clean, stock appearance. Jhaveri says the app is designed to be fast, lightweight, and use a minimal amount of disk space.

Jhaveri says Mimestream only makes direct connections to Gmail and does not use intermediary servers, adding that the app does not collect or sell users’ emails.

Mimestream is free for a limited time while in beta and will eventually be a paid app distributed through the Mac App Store. macOS Catalina or later is required. Jhaveri says an iOS and iPadOS version of the app is planned for the future.Tag: Gmail
This article, “Former Apple Engineer Introduces Native Gmail Client for Mac With Multi-Account Support, System Notifications, and More” first appeared on MacRumors.com