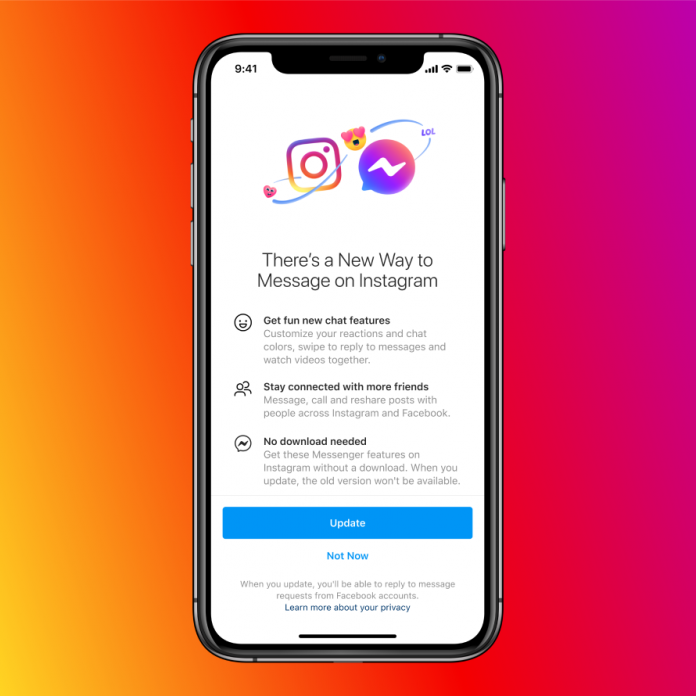 Around a month after Facebook began quietly merging its Messenger service with Instagram direct messaging, the transition has been officially launched, with a full rollout to all users soon to follow.

As a result of the merging of the chat services, Instagram users can chat with Facebook users and vice versa using the same platform. Features previously only available on Facebook Messenger can now be accessed in Instagram, including colorful chats, more emoji reactions, and swipe-to-reply. In addition, the regular paper airplane DM icon in the top-right corner of the Instagram UI has been replaced by the Facebook Messenger logo.

The company hopes that unifying its messaging infrastructure will help to keep its billions of users engaged in the Facebook ecosystem, in an attempt to ward off rival messaging services such as Apple’s iMessage.