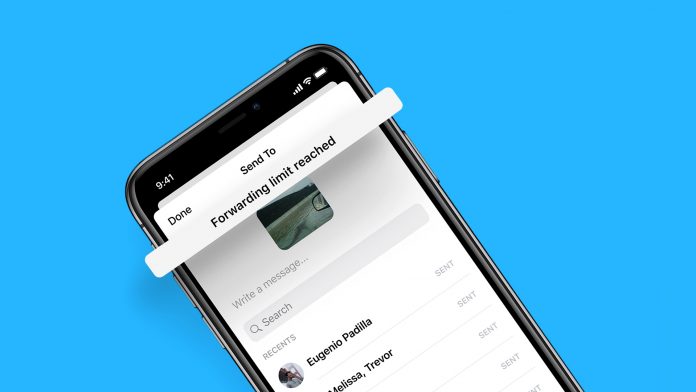 Facebook has announced a new forward limit on its Messenger chat platform so that messages can now only be forwarded to five people or groups at a time.

The limiter was revealed in a Facebook Newsroom blog post explaining that the new rule has been introduced to provide users with “a safer, more private messaging experience,” particularly amid the ongoing global health crisis and in the run up to major elections in the United States.

Limiting forwarding is an effective way to slow the spread of viral misinformation and harmful content that has the potential to cause real world harm.

The change follows a similar limit on Facebook-owned WhatsApp that was introduced in July. In limiting the ability to forward messages to multiple chats at once, the encrypted messaging platform cited events in India as a specific example of how spreading fake messages could cause harm.

Earlier this year, a series of viral message-related crimes in India resulted in 12 dead in the span of just one month. One incident left one man dead and two others severely injured after false rumors went viral on WhatsApp that they had tried to abduct children.

WhatsApp said it was “horrified” by the violence in India, and that it had announced several changes to help address the issues.Tag: Facebook Messenger
This article, “Facebook Messenger Limits Message Forwarding to Cut Spread of Misinformation” first appeared on MacRumors.com