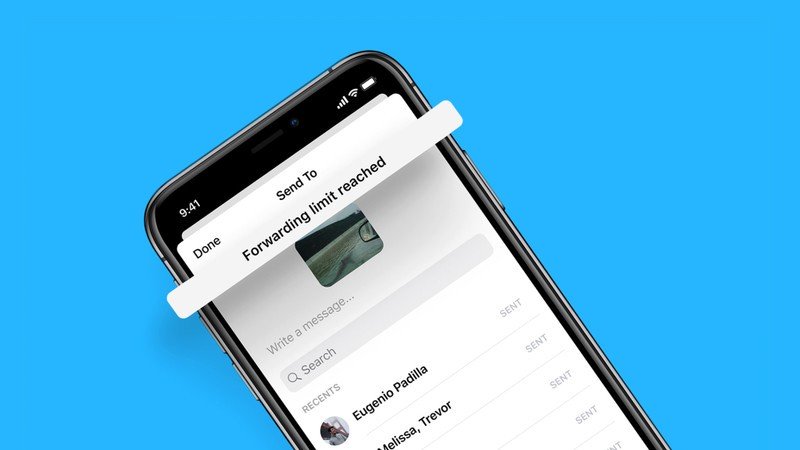 “We believe controlling the spread of misinformation is critical”

Facebook is today introducing new limits to forwarding messages on Messenger in a bid to stop the spread of viral information.

In an announcement today the company stated:

As a part of our ongoing efforts to provide people with a safer, more private messaging experience, today we’re introducing a forwarding limit on Messenger, so messages can only be forwarded to five people or groups at a time. Limiting forwarding is an effective way to slow the spread of viral misinformation and harmful content that has the potential to cause real world harm.

Facebook said that as the COVID-19 pandemic continues and the U.S. election looms, controlling the spread of misinformation “is critical.”

Facebook says the measure will provide “yet another layer of protection by limiting the spread of viral misinformation or harmful content,” stating it believes it will keep people safer online.

Facebook recently bolstered the security of Messenger by adding support for Touch ID and Face ID on iOS. From that report:

Facebook is today announcing support for Face ID and Touch ID locking of the Messenger app in iOS.

In a news release today the company stated:

App Lock lets you add another layer of security to your private messages and helps prevent other people from accessing them. This optional feature gives you the confidence to know that if a friend or family member needs to borrow your phone, they won’t be able to access your chats.

Facebook says biometric security will also make its way to Android “in the next few months.”