Home News Digital Wellbeing has been forgotten, but we need it now more than...
News

Digital Wellbeing has been forgotten, but we need it now more than ever 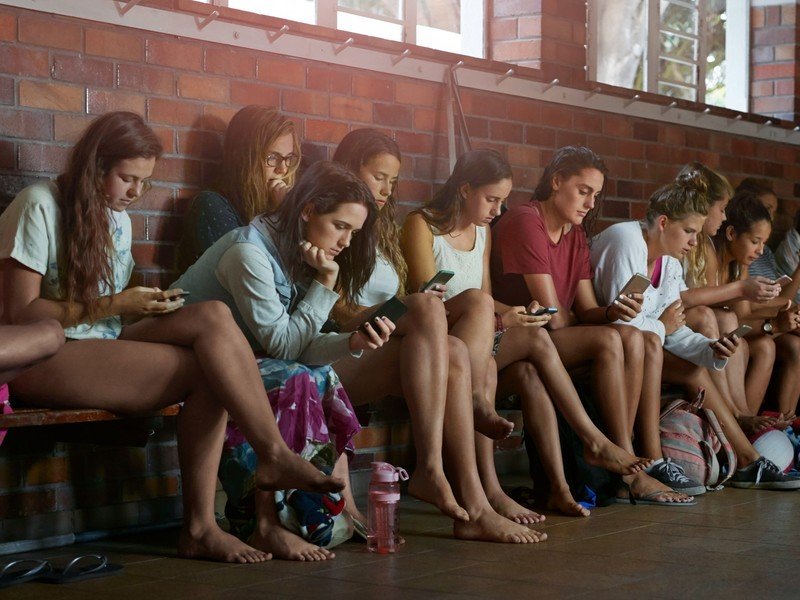 Have you checked your phone usage stats recently? I won’t blame you if you haven’t because neither have I, and I’m betting most people reading this haven’t, either.

Two years ago, Google and Apple responded to a wave of criticism around phone addiction, releasing a suite of tools and accompanying support documents to battle the uptick screen time, especially among younger phone users. Google called it Digital Wellbeing; Apple dubbed it ‘Screen Time’.

On the Android side, Digital Wellbeing was previewed on Pixel phones in the first Android 9 Pie beta before rolling out widely to most phones in early 2019 and becoming mandatory for all new Android phones by the end of last year. On the Apple side, Screen Time rolled out with iOS 12 and has been pre-installed on every iPhone since.

Digital hygiene tools are now built into every Android and iPhone, but you’ve be forgiven for forgetting they exist.

Basically, if you buy any phone today, almost anywhere in the world, it’s likely got these digital hygiene tools pre-installed, beckoning you to take advantage of them. And while Google released a number of new Digital Wellbeing “experiments” earlier this year, and made the very useful Focus Mode a core part of Android 10, there’s been nary a whisper about improved tools to combat phone addiction and screen fatigue in 2020, a year where most of us likely need that support more than ever. 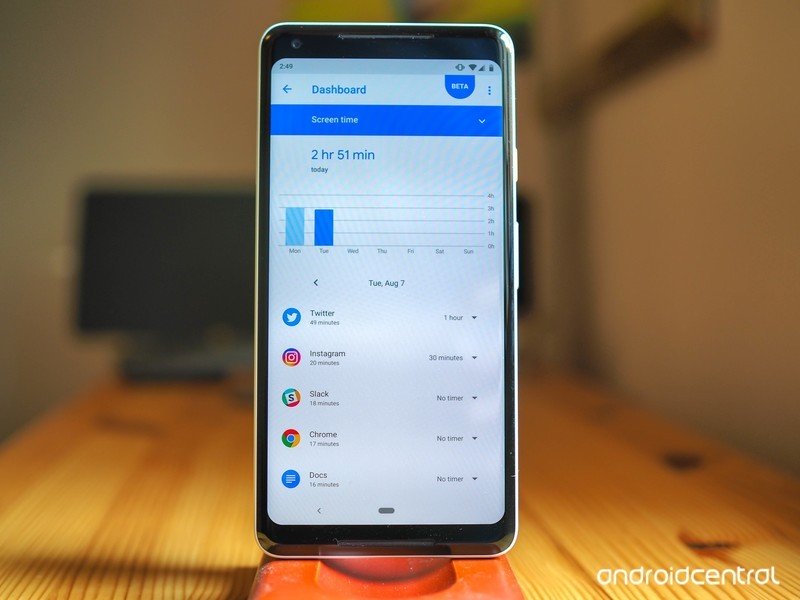 I think it’s safe to say we’ve all been using our phones more during the past six months than ever before, for myriad reasons we don’t have to go reiterate here. I’ve caught myself doomscrolling — one of the better additions to the internet lexicon, in my opinion — Twitter late at night to inure myself to another piece of bad news in the morning. I’ve also caught myself tapping into a few extra Instagram stories to find another dopamine-hit puppy or baby in a feeble attempt to boost my mood, brief though it may be.

Everyone has their own reason for increasing phone use during these trying times, but what’s struck me is the complete absence of a countermovement. From what I can tell, aside from doomscrolling warnings and implorations for people to “take care of yourselves” in some general way, we’ve largely acknowledged that, for better or worse, increased screen use is just a side effect of staying on top of a manic, relentless and dispiriting news cycle.

As a culture, we’ve agreed that more screen time is a necessary side effect of this difficult year.

I’ve tried enabling some of Android’s Digital Wellbeing features to interrupt the more self-defeating behaviors but they haven’t worked. I’ve set bedtime reminders, but I’m a workaholic night owl who tends to get more done at 11pm than 11am. I have tried app limits, but my lizard brain just overrides them.

I’ve tried setting my phone to greyscale starting around 9pm, taking the advice of psychologists who say that by sapping the color from our oversaturated phone displays, the brain is less likely to want to engage in mindless, repetitive behaviors. That solution worked the best, and until the other roadblocks, this one has stayed in place, but it hasn’t really stopped my scrolling — it’s just sapped the fun out of it.

Casual survey: do you use the Digital Wellbeing / Screen Time feature on your phone? If not, did you use it when it was first released in 2018/2019 and then give up on it?

Wanting to make sure I wasn’t alone in this, I put the question to my Twitter followers and got a number of responses that sounded very familiar. Many of them can be summed up as, “I tried the tools when they were first released, didn’t find them helpful, and quickly abandoned them.” The extremes were there, too: some thought the tools are completely useless and, worse, invasive or inaccurate; others continue to use bits and pieces of the Digital Wellbeing suite, but not the whole thing.

Perhaps a global pandemic, where everyone is online all the time with nothing better to do, requires a more fulsome solution. The tension that existed in 2018 between platform owners — Google and Apple, basically — and the platforms horizontally distributed across them — namely Facebook, Twitter, and other social platforms — has evaporated. It no longer seems like Apple’s or Google’s job to tell you to get off Twitter at midnight; and it’s certainly not Twitter’s prerogative to help you stop doomscrolling, either, especially when it’s a vital source of (mostly bad) news for millions of folks. 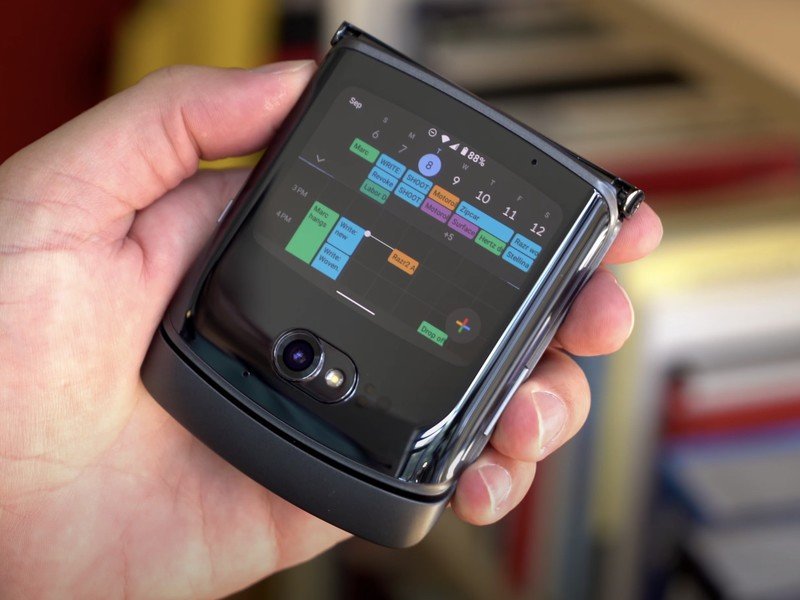 Some phone makers have leaned into the digital hygiene movement this year, but none more so than Motorola, whose new RAZR 5G is being marketed to people who want to “stay in the moment” by using their phone less often.

Microsoft, too, is touting the folio nature of its Surface Duo as a way to encourage intentionality, the idea that you only pick up a phone to use it, and you close it, like a book, when you’re done. No idle scrolling. Whether either of these designs affects how we use our devices in our homes remains to be seen, though. 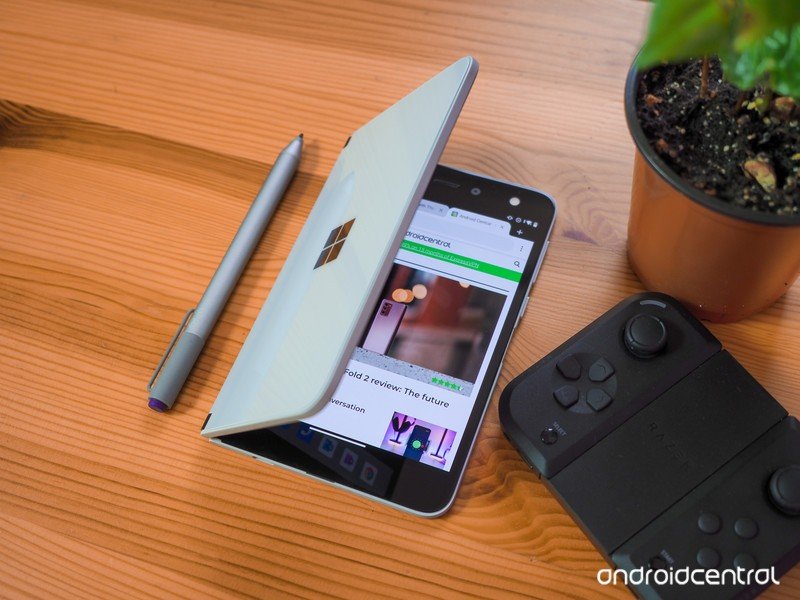 What does a balanced life even look like right now? With millions of people working from couches, kitchen tables, and makeshift home offices, the idea of a proper work-life balance is about as realistic as a near-term end to the pandemic itself. It certainly doesn’t seem like people want the big tech companies that loom so large over our connected lives to impose themselves on how we use their products any more than they already do.

What does a balance life even look like right now? Is it even possible?

Since iOS 12, iPhone users are accustomed to receiving Screen Time notifications on Sunday mornings telling them how much they’ve used their devices this week, but as the pandemic has worn on I’ve seen those numbers invert into something of a proto-competition, with addicted users appending a 😅emoji to the end of a tweet screenshotting a new weekly usage record. I can’t blame them, either: what else do we have right now but time?

If something is going to change, if a digital hygiene-focused countermovement is going to emerge, it probably won’t resemble the more wholesome, locked-down early days of the pandemic, when there was novelty attached to learning new skills, when the breadmaking and puzzle building hadn’t yet given way to the exhaustion of endlessness. 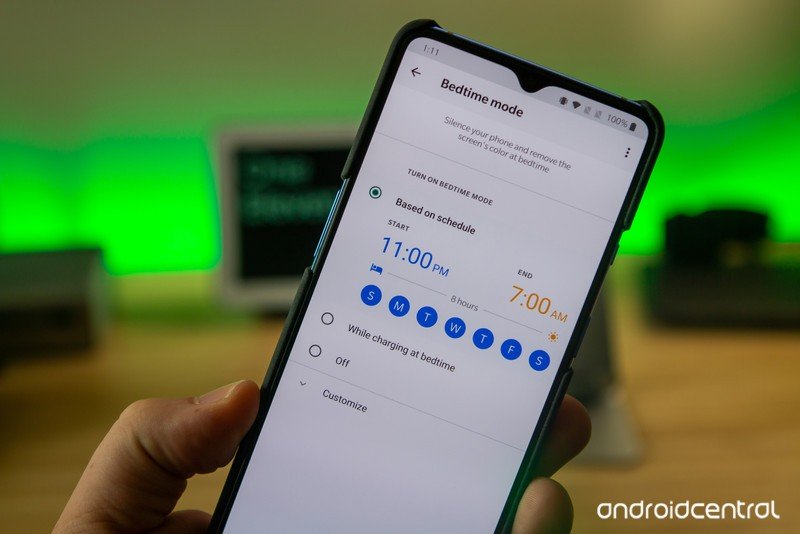 I don’t really have an answer to my own question. I’d very much like to use my phone less, as I said in a similar column back at the beginning of 2018, but nearly three years later the stakes seem so much higher, the consequences more heightened. I need to be online, and that urgency reinforces a usage pattern that is almost certainly bad for my health.

Then again, the very term “bad for my health” has evolved a lot since the last time I considered my phone addiction. So it goes.

I hope everyone is staying safe during this difficult time. Please take care of one another, and please wear a mask.