Can previous Fitbit Versa bands work with the new Versa 3? 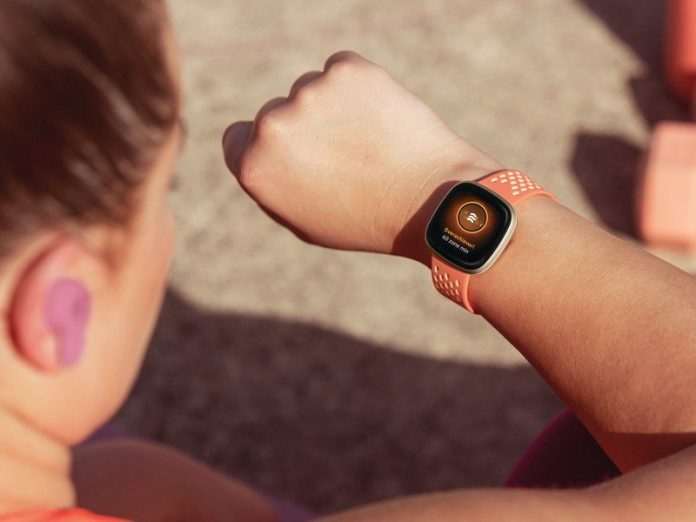 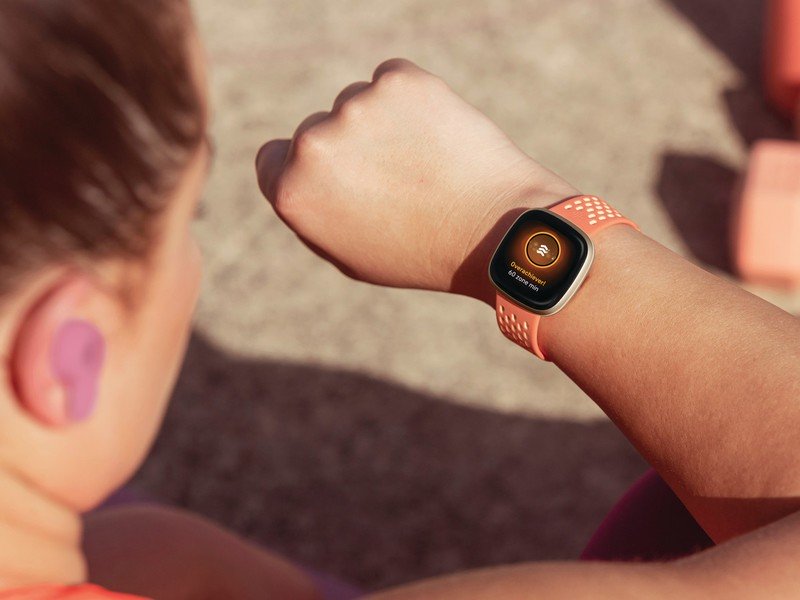 Best answer: No. The previous Fitbit Versa bands will not work on the Versa 3. The latest model introduces the new infinity bands, which are interchangeable with a quick-release system. These are not the same bands used on the Versa 2, Versa, or Versa Lite.

Will Fitbit Versa bands work on Versa 3? Out with the old, in with the new

While an improved Fitbit Versa band system has been sorely needed for quite some time, it doesn’t come without its disadvantages. The only issue that long-time users might have is that all of their previous Versa bands will not be compatible with the new Fitbit Versa 3. If you’ve been a loyal Versa user since the start, you’ve probably racked up quite a few bands by now. If you’re considering purchasing the Versa 3, you’ll have to start a new collection.

Even upon reviewing the Fitbit Versa 2 last year, the proprietary bands were still a major disappointment. It was a hassle to swap out your bands, which should be a relatively simple process. It’s good to see that Fitbit may have gotten it right this time. There are already plenty of Fitbit Versa 3 bands to choose from. Whether you’re a fan of leather, silicone, or woven bands, there are some solid options that are already available for pre-order. 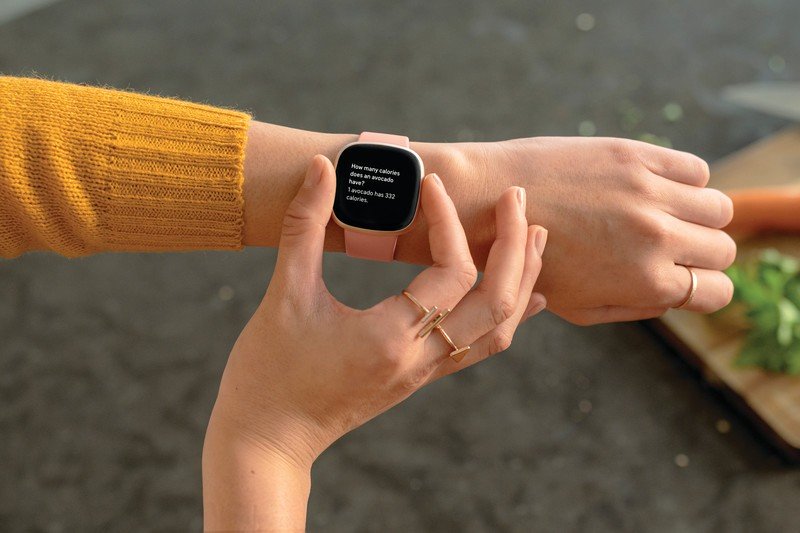 It might seem annoying to have to start over and buy new bands but look on the bright side. Fitbit says these new bands are designed for maximum comfort and flexibility. Not to mention that the quick-release attachment system makes it easier than ever for users to change their band. You’ll no longer have to waste your time attempting to get the finicky pin in the hole. What a relief!

The new Versa 3 bands are one of many improvements you can look forward to with this release. We’re confident that this will quickly become one of the best smartwatches on the market. The watch itself can be purchased for pre-order with items expecting to ship on Sept. 25. The same goes for official Fitbit bands while other third-party options are available for purchase now. 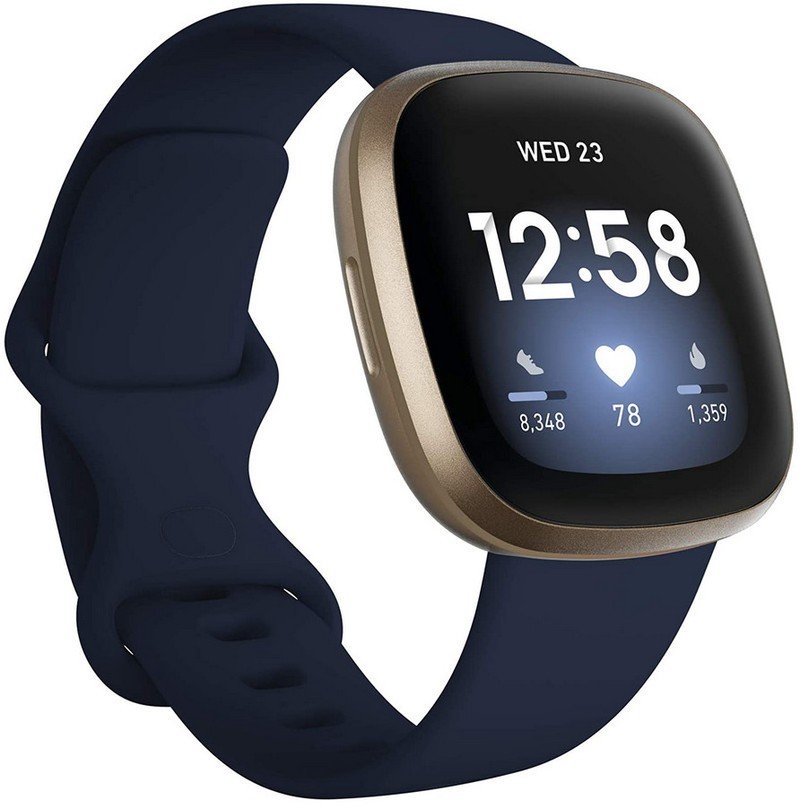 Time for a change

Just like that, we have a brand-new fitness smartwatch with tons of great improvements. The Versa 3 has built-in GPS, improved heart-rate monitoring, Active Zone Minutes, and a better quick-release band system. 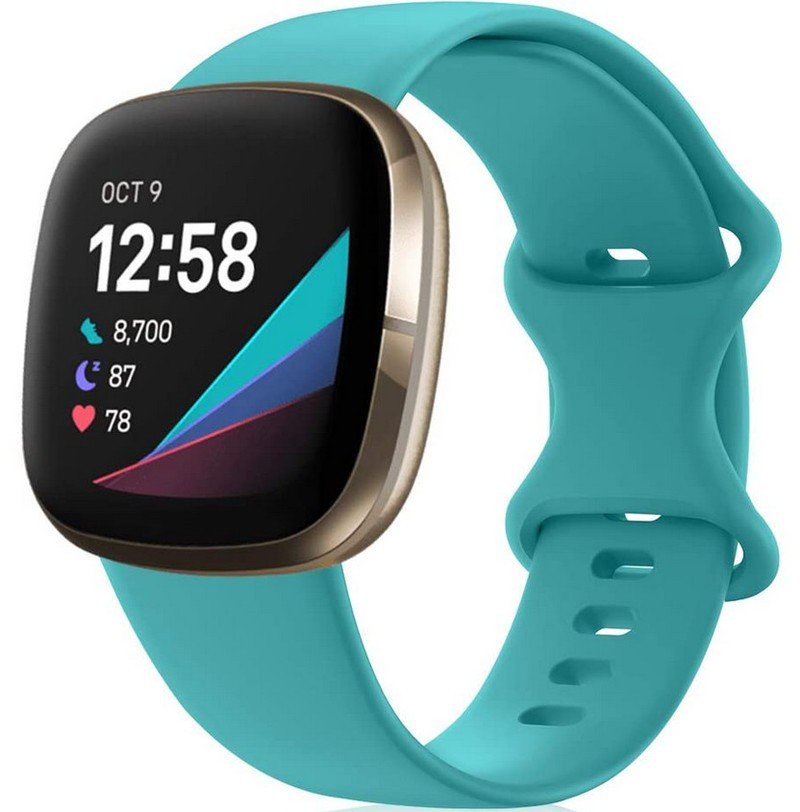 The Versa 3 bands are still brand new, so we’re still waiting for more third-party options to come out. In the meantime, this waterproof TPU band from FITA is reasonably priced and will fit nicely on your wrist without irritating your skin. It comes in over 10 different color options. 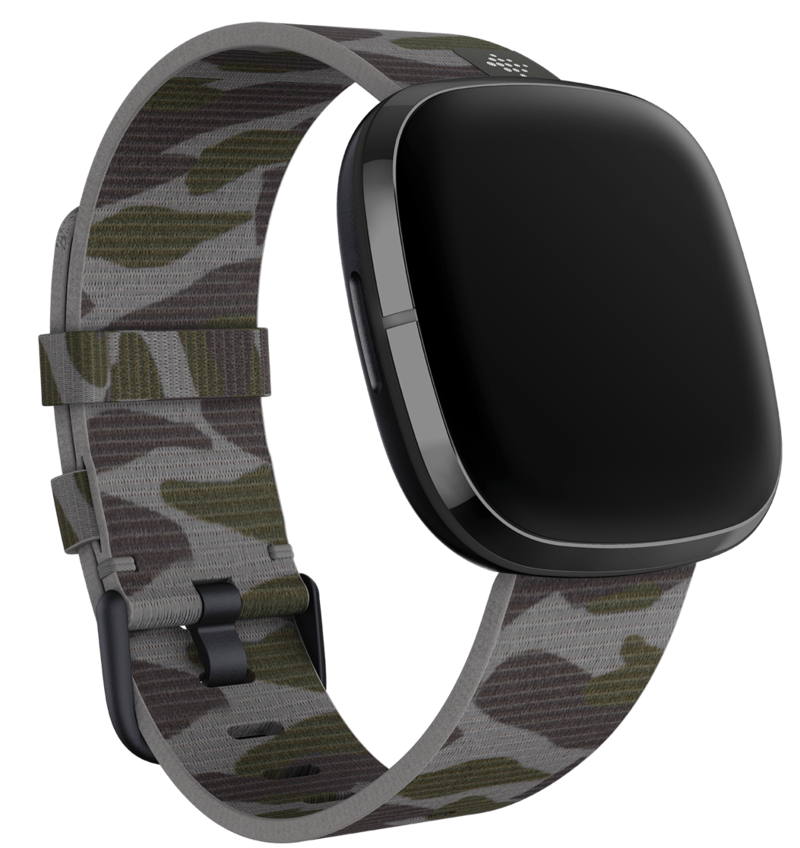 If you want an official Fitbit band that’s designed to stand out, you’ll love this unique camo woven band. It’s directly inspired by the textile industry’s space-dyed yarn. The cozy material is made of recycled plastic fibers, which makes it that much more unique!

How to get the Ghost Rider skin in Fortnite

As part of Fortnite's ongoing Marvel-themed season, you have the ability to get a Ghost Rider skin. In this guide, we'll show you how to get your hands on it.
Read more

The great thing about using laptops and Chromebooks as opposed to a desktop is obviously the portability. Having something you can pick up and take with you really changes how work can be done. But there’s also a downside to that, too.If you’ve ever worked on a desktop setup with multiple screens, you surely appreciate how nice that is. Extending the screen to a second display for reading, monitoring, or tasks is something you can get very comfortable with. Wouldn’t be nice if you could take a display with you and use it only when needed?The Desklab Portable Touchscreen Monitor, on sale for just $248.95 right now, is a lightweight, flexible way of bringing a secondary screen to any computer, even your laptop.This versatile, ultra-portable 1080p screen can transform your laptop into a fully functional touch panel that optimizes your ability to design, make music, manage data, chat, and more.With USB-C, HDMI, and 3.5mm auxiliary ports, you can connect to your laptop, desktop, phone, tablet, or even your favorite gaming system in an instant. It’s your screen, your charger, your speakers, and it’s fully customizable to be whatever else you need.1080p Resolution: Enjoy your favorite content in stunning clarityTouchscreen: Easily navigate your apps with just a few swipesVersatile: Equipped with USB-C, HDMI, & 3.5mm auxiliary portsPlug & Play: No set up requiredPortable & Lightweight: Free up space and carry it with you anywhereUniversal Compatibility: Connect any laptop, desktop, smartphone, tablet & gaming consoleBuy Yours Today!Pick up your Desklab Portable Touchscreen Monitor for just $248.95 and increase your work from home productivity. Or, use it to extend your laptop screen for the next time you’re at a coffee shop. Purchase a 4K version for just $318.95 and you’ll have a great screen for gaming and streaming video!
Read more

Are VPNs able to protect your Android device from cyberattacks?

Wireless earbuds are kind of a commonplace thing these days. Every audio company is seemingly dipping its toes into the wireless audio market. Treblab is one of those companies, who for some time now makes affordable quality devices that may not be immediately recognizable in retail stores. The new Treblab X3 Pro earbuds offer a sporty design for much less than some of those name brands.DesignAs mentioned the X3 wireless earbuds are targeting the sports crowd. The looped design is intended to be used by the active consumer who might find themselves at the gym or long runs. They look awfully similar to another Pro model that’s upwards to $250 dollars.Thankfully, the design is still great. Even at $70, the Treblab X3 Pro earbuds are very comfortable. Most earbuds will fatigue the ears after 4-5 hours of constant use, but I’m happy to report that wasn’t an issue with the X3 Pro.I lend this to the ear-hook and bud combination. Both offer support to positioned to separate parts of the ear. This disperses the weight, even though it’s super light, and avoids the small aches that would come with a more traditional earbud design.As with most earbuds the packaging includes several silicone ear tips. This gives you the flexibility to make sure you have a secure, comfortable fit. These are marked in the box as Small, Medium, and Large.IPX7 water resistance is also onboard with the Treblab X3 Pro. You can’t cater to the active crowd without being able to withstand an unexpected rainstorm or sweat at the gym.Playback ControlsThis is another strong segment of my review of the Treblab X3 Pro buds. I absolutely love that the button layout is exactly the same on each earbud. You have a large multifunction, center button for play and pause of audio. This same button can activate your preferred voice assistant with a double press.The center button also interacts with phone calls by starting and stopping the call. Hold it for 1 second while your phone is ringing and it will ignore the caller. Lastly, if you extend that long press for 2 seconds it will power off the Treblab X3 Pro earbuds.Just above the earbud portion in the crest of the loop, you will find the volume rocker. This allows you to control the volume of media and calls directly from the X3 Pro. I’ve grown to enjoy this additional touch while using these earbuds. It can be frustrating when enjoying the wireless revolution but still have to pull your phone out to interact with the volume levels.Speaking of frustrations relieved by the X3 Pro, all of these inputs are exactly the same with each earbud. The X3 Pro supports both stereo (both earbuds synced and playing at the same time) or mono mode with a single earpiece. Many other brands do this, but most have dedicated functions that only work with one earbud.Not having to remember if it’s the left or right one that turns the volume up, or if voice assistants can only be activated with the left earpiece has been fantastic. The Treblab X3 Pro earbuds just work. Regardless of which earbud you have in.AudioI was also pleasantly surprised by the audio quality. Playback is punchy and robust. Treblab has done a great job of balancing the feedback to capture bass and vocals without either drowning the other out.The volume levels are better than most as well. I think it’s a flaw of the smaller design of most wireless earbuds, but the X3 Pro doesn’t suffer from low playback sound.I was able to place a few phone calls and the opposing side of the conversations had no issues hearing me. Conversely, I found the audio to be more than acceptable on my end as well.Battery Life and ChargingEach charge of the earbuds is rated at nine hours of playback. I found this to be spot-on accurate. I consistently got through an entire eight-hour work shift with no issue.If you do need to charge on the go, the include battery case will recharge the X3 Pro earbuds an additional four times. This offers you 45 total hours of playback without an outlet.The power case supports USB-C fast charge. So when you do need to top off you won’t have to wait long. Charging the case and the earbuds take just under two hours. One knock, if I had to choose one, is the case has to be pretty bulky to hold the larger looped earbuds.Final ThoughtsIf you couldn’t tell by this point, I’ve really enjoyed using the Treblab X3 Pro wireless earbuds. The hook design and light weight result in a comfortable fit that surpasses most others I’ve tested. Add that to above-average audio, and you have a win in my book.Taking in all that and only having a price tag of $70 makes this a no brainer. The Treblab X3 Pro is available in one color, black, and can be purchased from Treblab’s Amazon page. Need an additional bump to pull the trigger? Our readers get a limited-time promo code for 15% off the final price on Amazon: TREBLABNEWX.
Read more