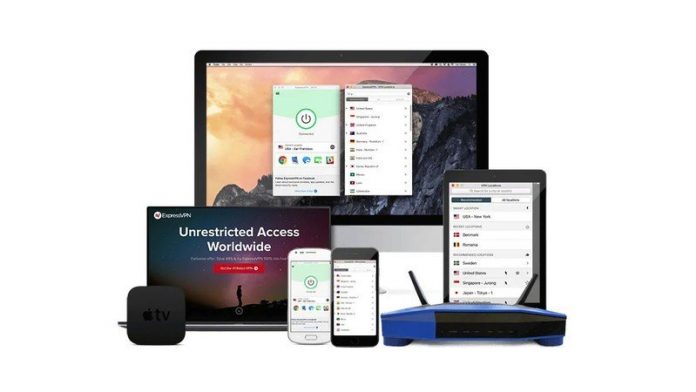 Nowadays, most people spend a large proportion of their time using smartphones and tablets. These devices are just so convenient, enabling users to browse the web, flick through social media feeds, play games, stream movies and much more whenever and wherever they are.

Although mobile devices already offer a great user experience, virtual private networks allow you to get so much more out of them. Whether it’s boosting your privacy, unblocking restricted content, finding the best online deals, putting a stop to bandwidth throttling, getting rid of annoying adverts or speeding up gaming, there are a number of benefits when it comes to using a VPN on your smartphone or tablet.

But with hundreds of VPN apps available on Google’s Play Store and Apple’s App Store (many of which are malicious and shouldn’t be trusted), you may find it difficult selecting the perfect provider. Luckily, every top VPN service provides apps for mobile users, and we’ve rounded up the best of them in this article. 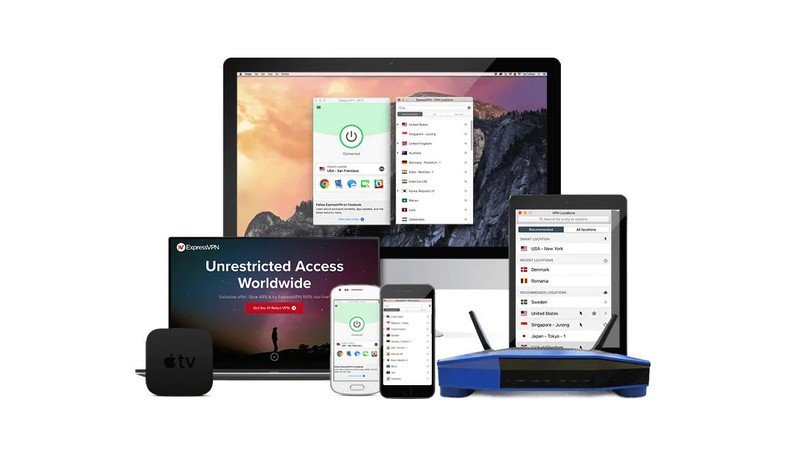 The British Virgin Islands-based is the most powerful VPN that you can get on the market, and as well as being our favourite overall VPN, we also rank it as the best mobile VPN app.

Like any great VPN provider, it offers easy-to-use and feature-packed apps for the world’s most popular mobile operating systems: Android and iOS. You can easily connect to the best server through a built-in speed test feature, and if you want to circumvent geo restrictions in a particular region, there are over 3,000 servers available.

If you use your mobile device for streaming, you can access Netflix, Amazon Prime Video, BBC iPlayer, Hulu, YouTube and many other online platforms via ExpressVPN. And because ExpressVPN sports unlimited bandwidth, you don’t have to worry about data caps.

From a privacy and security perspective, ExpressVPN is pretty impressive. It offers a no-logs policy, a built-in network kill switch, AES-256 encryption, a private DNS for each server, and much more. The firm also provides lots of support for its customers, such as
comprehensive how-to guides, a 24/7 live chat, an up-to-date blog and a 30-day money-back guarantee. Sadly, you’re only limited to 5 devices that you can connect, but that’s the only real downside we’d mention. 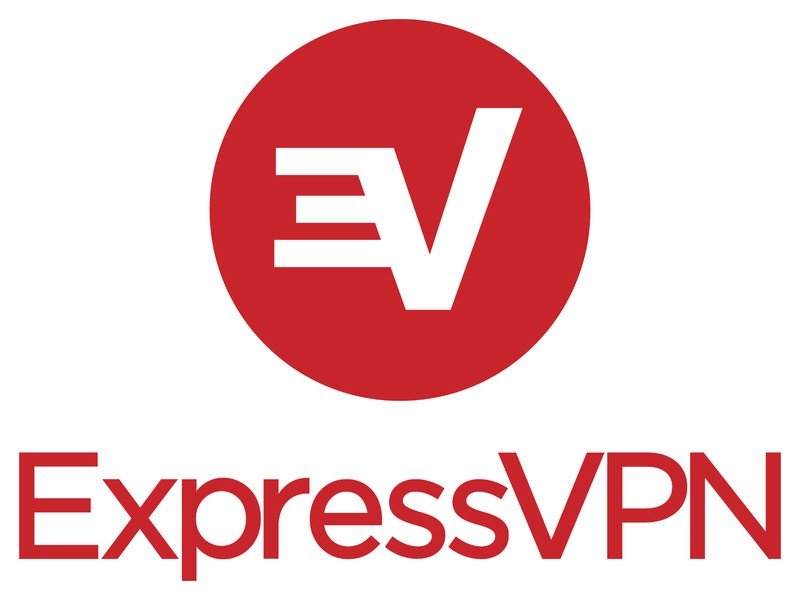 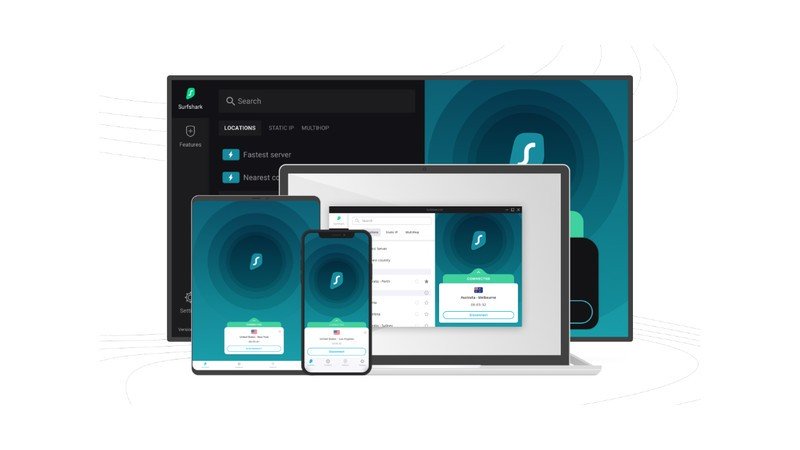 If you’re on the lookout for an excellent mobile VPN that won’t break the bank, look no further than Surfshark. With prices starting at around $2 per month, there really isn’t a best-in-class provider that can beat Surfshark on price. And we love that it offers great mobile apps for Android and iOS devices.

Surfshark’s mobile apps are really easy to use, enabling you to find and connect to the fastest server with just a single tap. If you have a specific regional server in mind, you’re spoilt for choice because Surfshark operates a network of 1700 servers across 63 different countries.

When it comes to streaming, Surfshark is an excellent choice and will allow you to unblock Netflix, Amazon Prime Video, Disney Plus, BBC iPlayer, Hulu and lots of other platforms. And unlike ExpressVPN, there is no limit on the number of devices that you can use with your subscription.

For every mobile user, there’s an increased risk of cyber crime, but what’s great is that Surfshark will mitigate malware, phishing, adverts and web trackers. There’s also a no-logs policy, a kill switch, private DNS and leak protection, robust encryption and a choice of protocols. Should you experience a problem, Surfshark provides 24/7 support and a 30-day money-back guarantee. 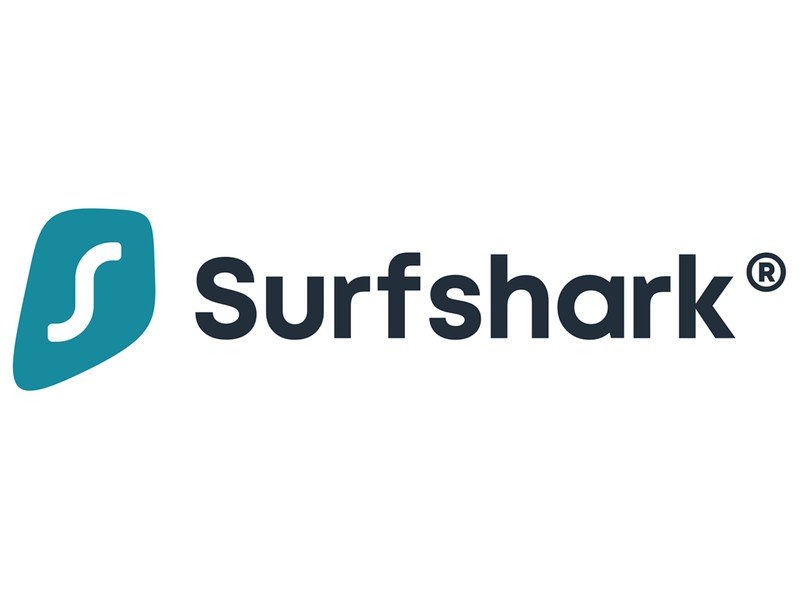 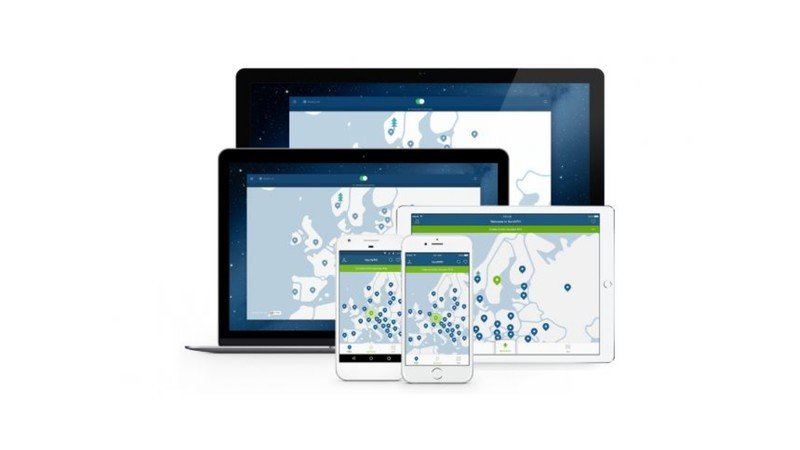 NordVPN consistently ranks well as one of the best VPNs on the market, and it also provides users an impressive mobile experience. The Panama-based provider offers feature-packed apps for both Android and iOS.

One of our favourite things about NordVPN is that it provides an impressive 5459 servers in 59 countries. And with the ability to unblock Netflix, Amazon Prime Video, Hulu, BBC and Disney Plus, NordVPN is a great choice for streaming media on your smartphone or tablet.

NordVPN also offers some great privacy and security features, including a no-logs policy, a malware and ad blocker, DNS leak testing, Double VPN (which makes use of two servers for managing internet traffic) and Onion Over VPN (which improves online anonymity).

If you do end up choosing NordVPN, it’s worth noting that you’ll only be able to use it with six devices on one subscription. While that should be ample for most individual users, gadget hoarders may be put off. As is pretty standard, you get round-the-clock support and a 30-day money-back guarantee. 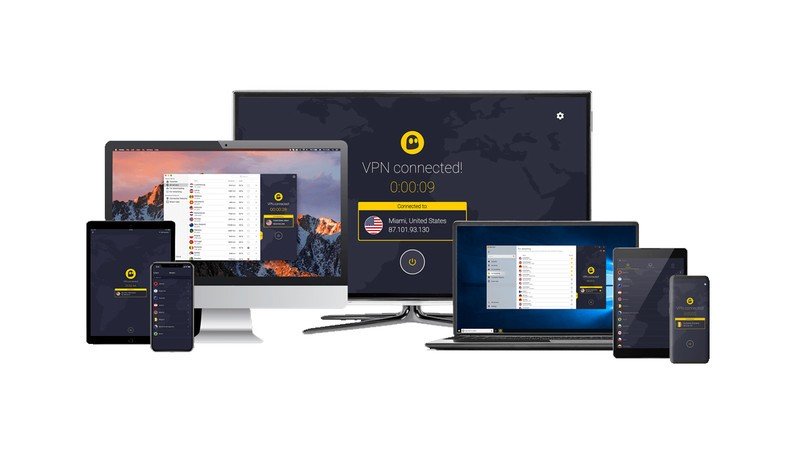 The VPN with a gigantic server network

When servers are concerned, CyberGhost is well ahead of the competition by offering a huge network of more than 6200 servers in 90 countries. That means you’ll have no trouble getting around geo restrictions to improve your online experience.

But apart from a tonne load of servers, what else do you get? Well, as is the case with any leading VPN provider, there are decent mobile apps for Android and iOS. And you can access streaming platforms such as Netflix, Amazon Prime Video, BBC iPlayer, Hulu and more. For a great streaming experience, CyberChost promises “no geo-blocking, no network limitations, no buffering, only unlimited streaming possibilities.” 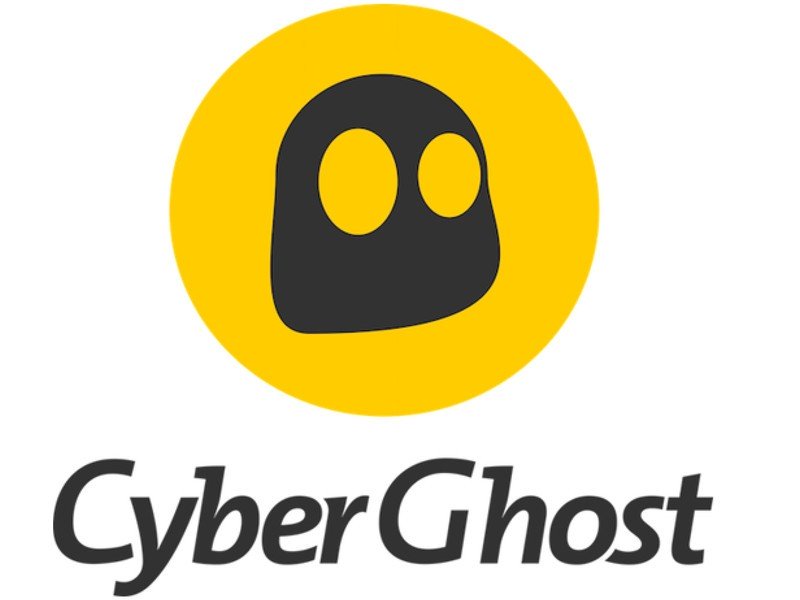 From $2.75 per month at CyberGhost VPN

CyberGhost makes using a VPN easy by helping you choose the best server to use for certain tasks, and it generally offers some of the best pricing around as well. 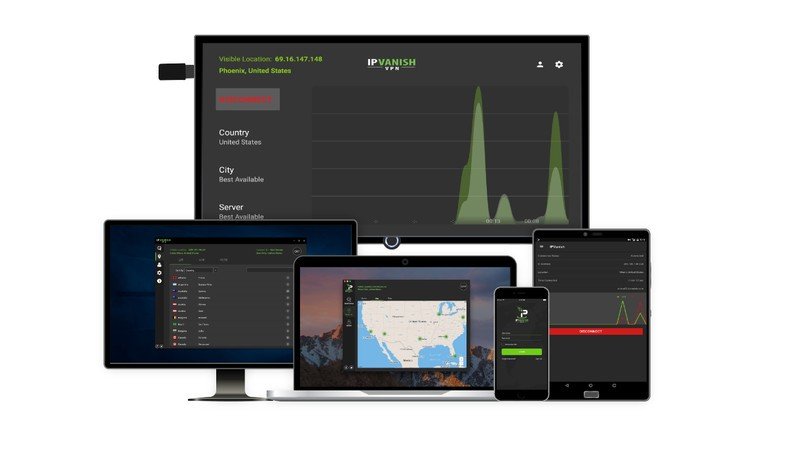 A robust VPN that has great mobile apps

IPVanish is another highly popular and feature-packed VPN, offering mobile apps for Android and iOS users. With the American company claiming to offer “a robust suite of privacy tools with cohesive design and simplicity in mind”, you can expect a great overall experience.

With IPVanish, you get a selection of more than 1500 servers and more than 40,000 shared IPs. They’re perfect for accessing streaming services such as Netflix, Youtube, Spotify and More, though users have reported difficulty when trying to unblock BBC iPlayer.

As for other features, IPVanish has 256-bit encryption; a no logs policy; a choice of the aKEv2, OpenVPN and L2TP/IPsec VPN protocols; a SOCKS5 web proxy; 250GB of SugarSync encrypted storage and backup; unmetered connections so that you can connect an unlimited number of devices; 24/7 customer support; and a 30-day money-back guarantee. 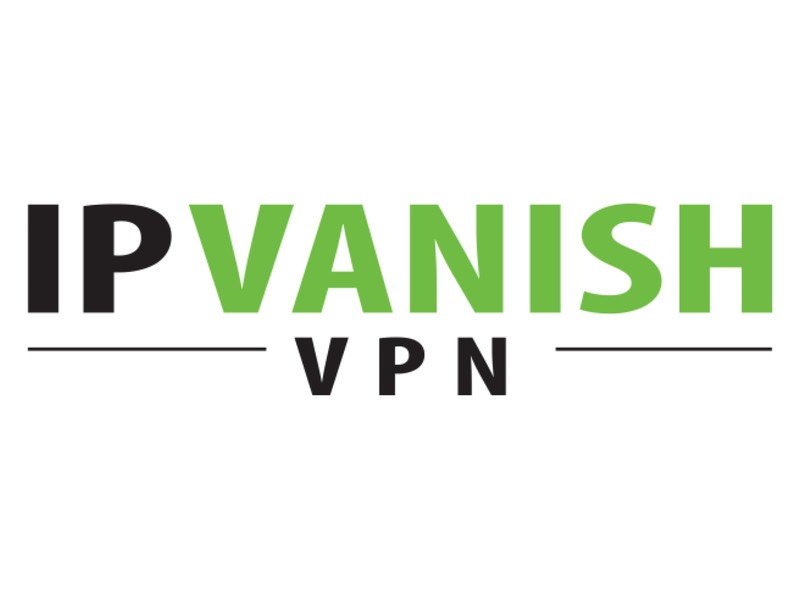