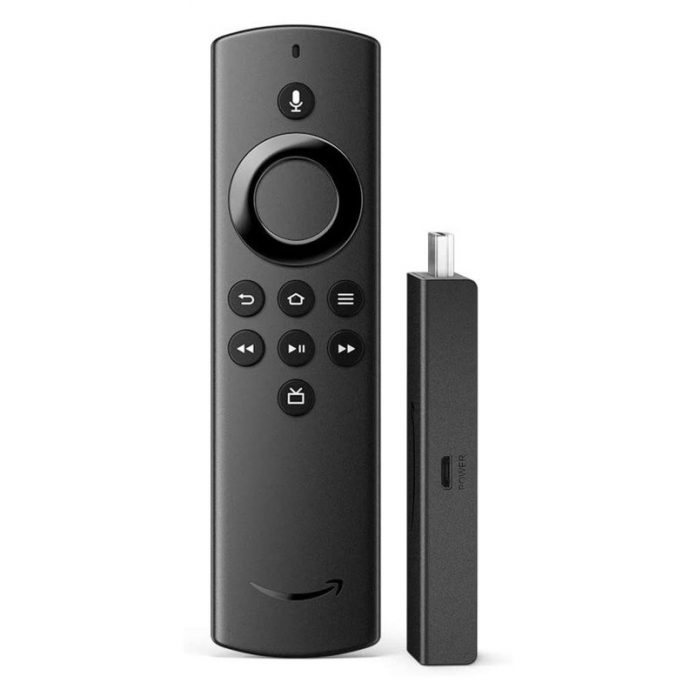 The Amazon Fire TV Stick is a godsend for those of us who want to stick with our trusted non-smart television and also want to access Netflix on it, while the Fire TVs have all the capabilities of Amazon’s Fire TV Stick built into the TV itself. They’re generally affordably priced, but the best time to purchase one is during a sale. Below are the best deals we could find to help you locate the right Fire TV device or Fire TV for your home.

Sometimes, Amazon offers deals which are only available to Prime members, so it helps to keep your membership active while you’re on the hunt.

Prime Day is delayed by a few months this year, but there are a few great Fire TV deals to snag until then. If you have yet to cut the cable company out of your life, the devices listed below are easily worth their full price so you can finally make it happen. You might not save huge on the Fire Stick, but not paying for cable each month will save you even more. 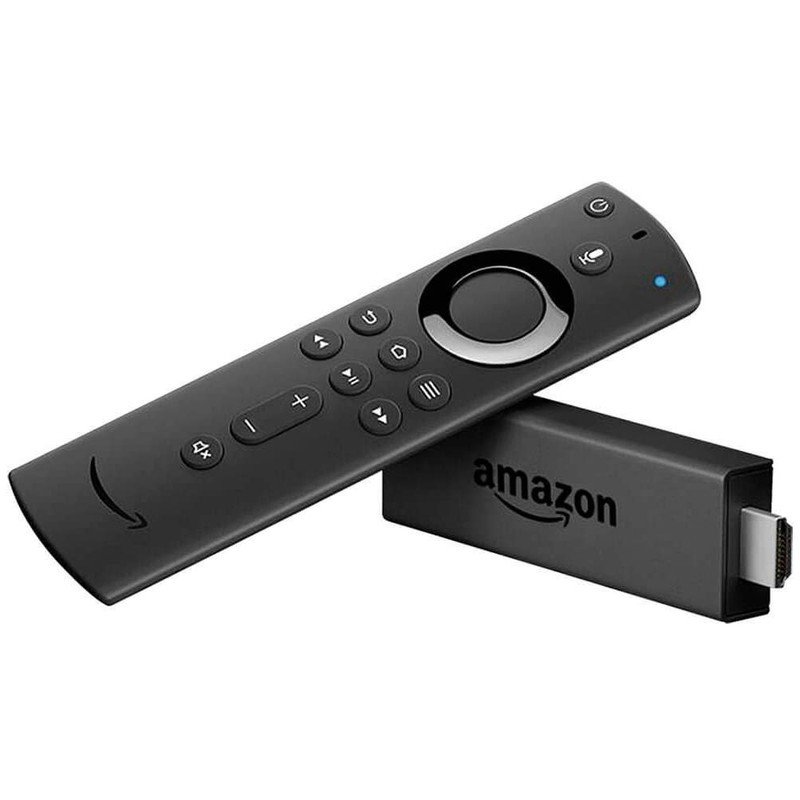 You can save $10 and score a free year of access to Food Network Kitchen with the Fire TV Stick today! The service offers live and on-demand classes that you can access on various devices, including the Fire TV Stick. You can also watch all your favorite Food Network shows in the app too. 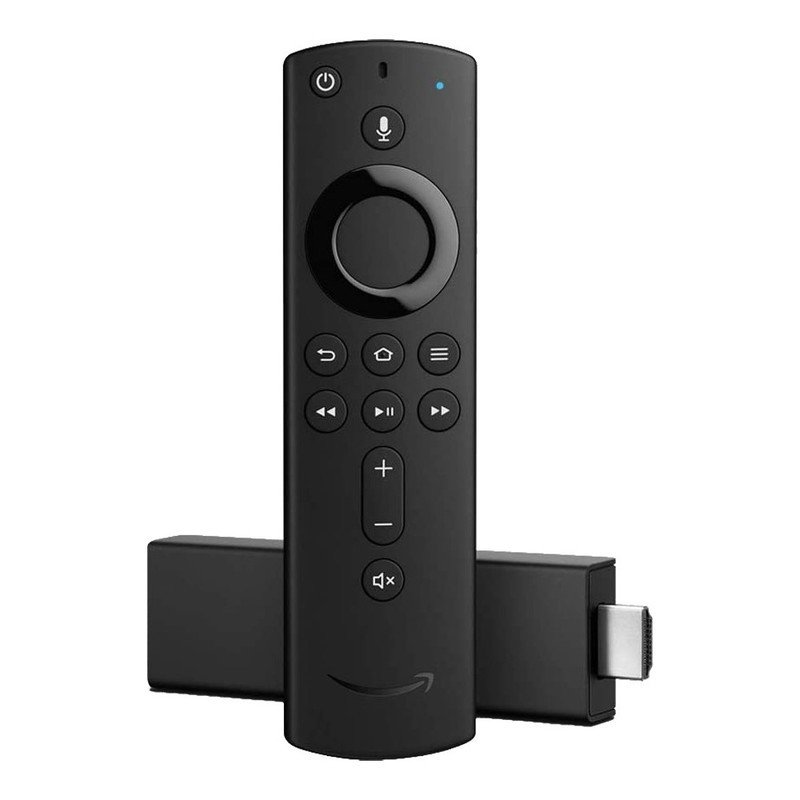 This Amazon Fire TV Stick 4K can do everything the standard Amazon Fire Stick can, but in 4K UHD. Unless you have zero plans to own a 4K TV anytime soon, it’s worth upgrading to this upgraded model. Select accounts can save 50% right now by entering code 4KFIRETV during checkout. Alternatively, you can score a free year of Food Network Kitchen with the purchase at $15 off. 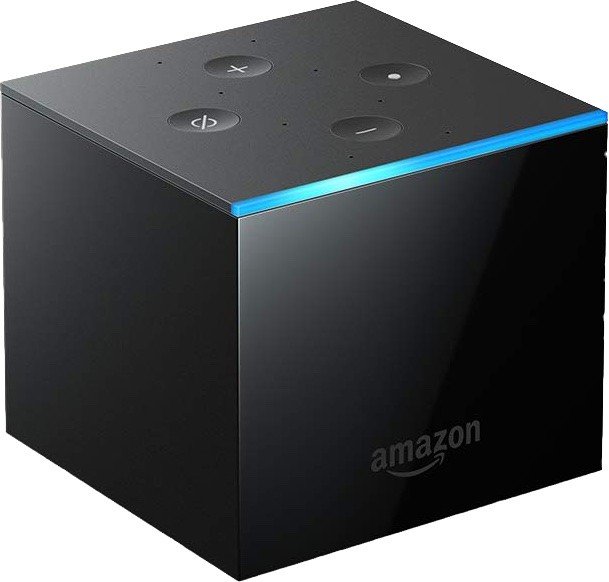 The Fire TV Cube is like an enhanced Amazon Fire TV Stick 4K. Can’t find the remote? The Fire TV Cube has Alexa built-in so you can voice control it from across the room. It can control compatible soundbars and A/V receivers as well, even allowing you to change live cable and satellite channels with your voice. Right now you can score a free year of Food Network Kitchen and save $20 with the purchase. 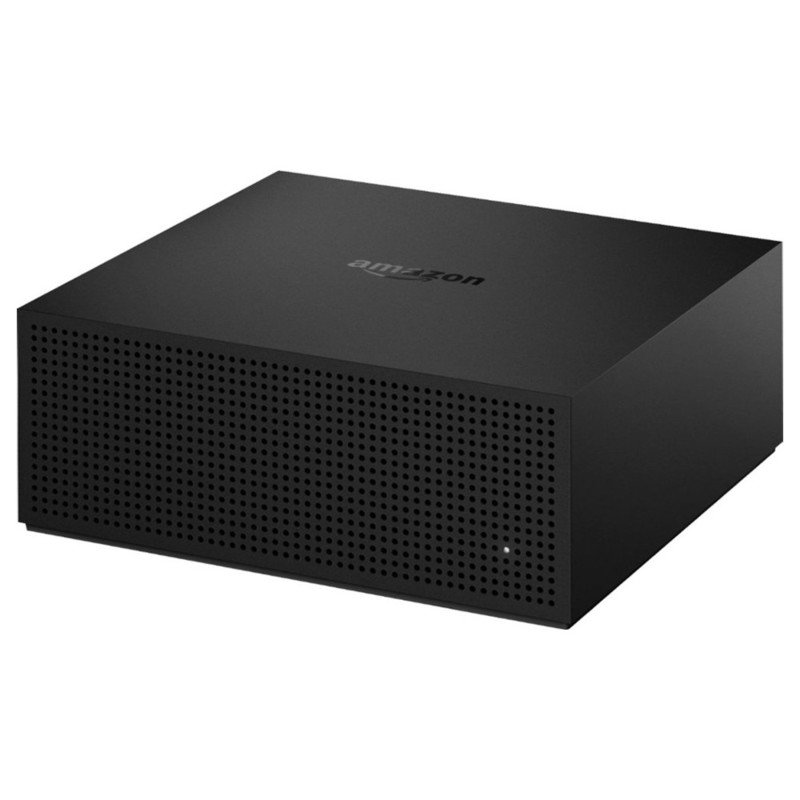 Ever wish you could watch live TV using your Fire TV Stick or Echo Show 5? With the Fire TV Recast, you’ll be able to watch and record live TV on those devices or a compatible mobile device, and today’s deal saves you $80 off its usual cost. 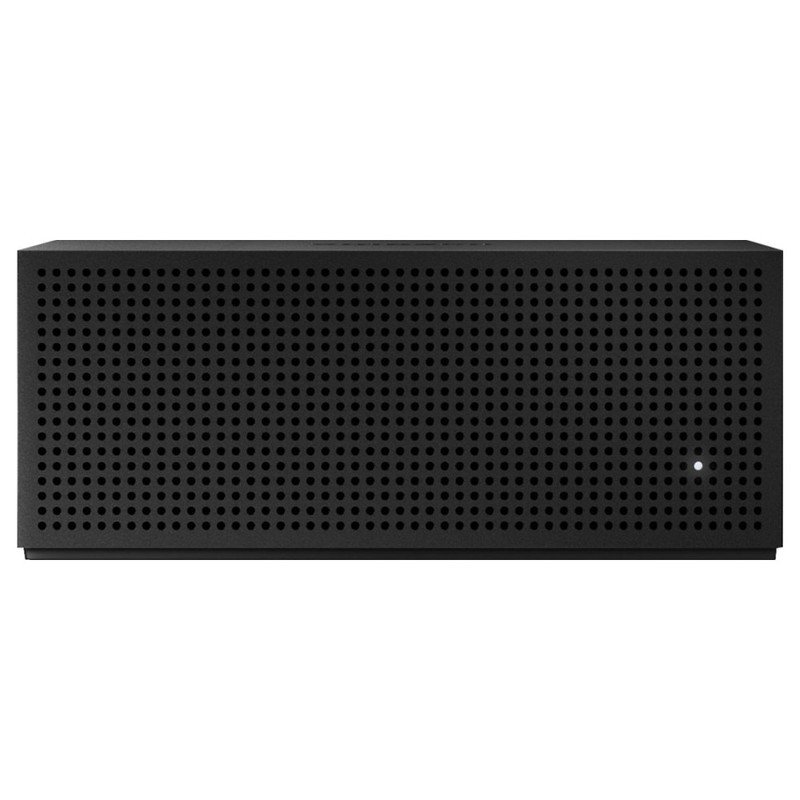 While the 500GB Fire TV Recast above can hold up to 75 hours of recorded content, this 1TB model can hold 150 hours. Plus, it allows you to record up to four shows simultaneously whereas the 500GB model can only record two shows at once. 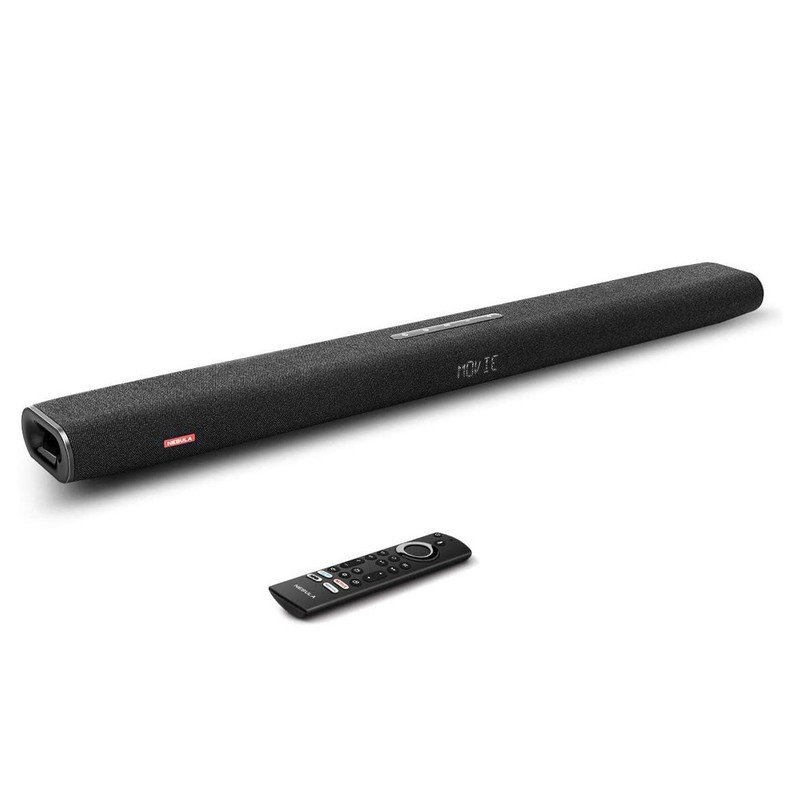 Anker’s 36-inch Nebula Soundbar not only supports 4K streaming but enables it with its built-in Fire TV Stick 4K. That means you can use this smart soundbar just like the streaming media players above, and today it’s discounted by $70 at Amazon for a limited time. 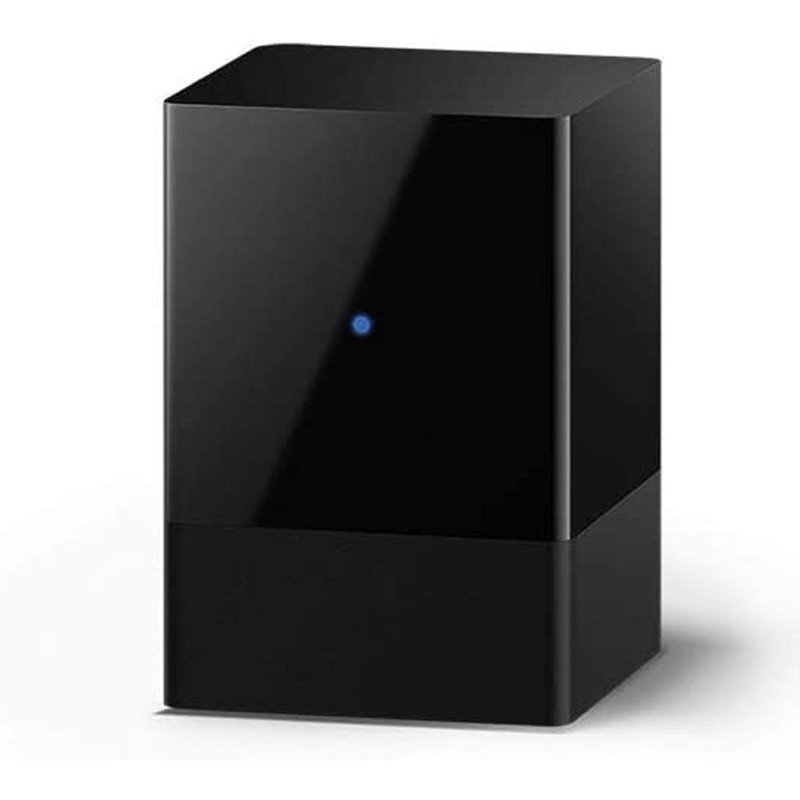 Use this device with your Echo and Fire TV device to begin using Alexa to voice control your TV’s power, volume, and even switch its input. This device is compatible with IR-controlled TVs, receivers, cable boxes, and soundbars, though you’ll need both a Fire TV device and an Echo device to use it. Today’s deal saves you $5 off its full cost.

Amazon and Best Buy teamed up to make several different models of Fire TVs, and a number of them are on sale right now. These HDTVs offer a lot of “bank for your buck” in terms of features like 4K, HDR, and media streaming services through the integrated Fire TV smart platform. 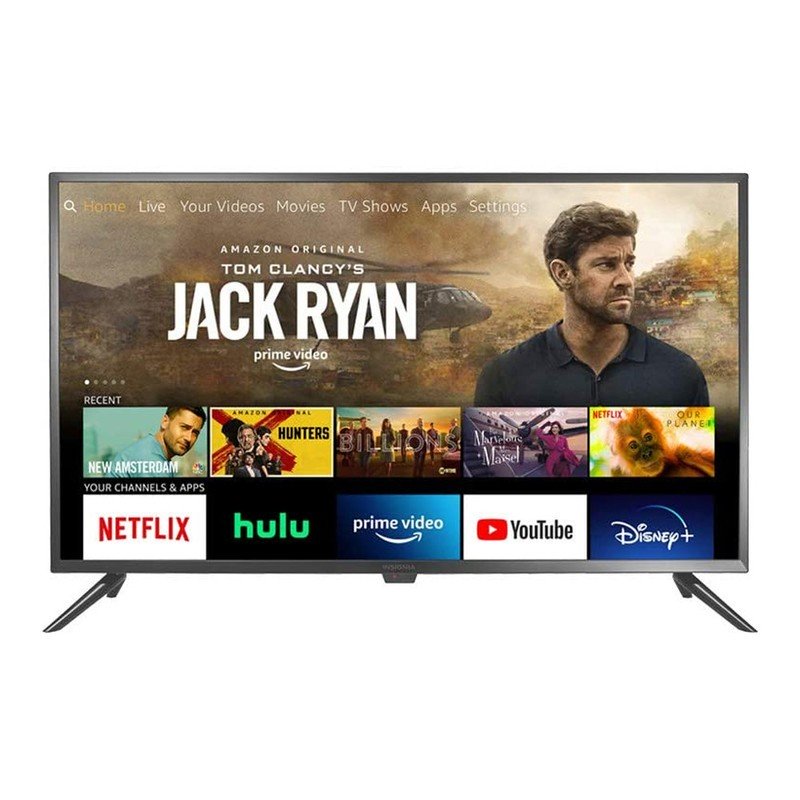 Save $50 on this 24-inch Insignia Fire TV edition Smart TV at Amazon. While it may not be a 4K model, it’s the most affordable Fire TV Edition model available at this time. 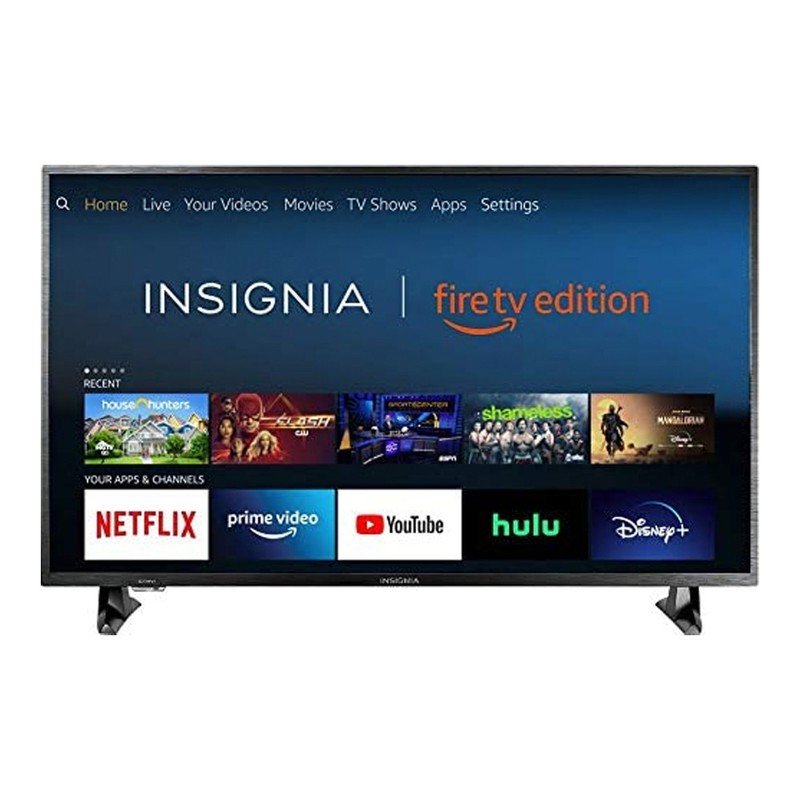 This 32-inch Fire TV Edition smart TV from Insignia is now $10 off at Amazon. Pair it with an Echo Dot to voice control your new TV from across the room or use the included Alexa Voice Remote to voice search. 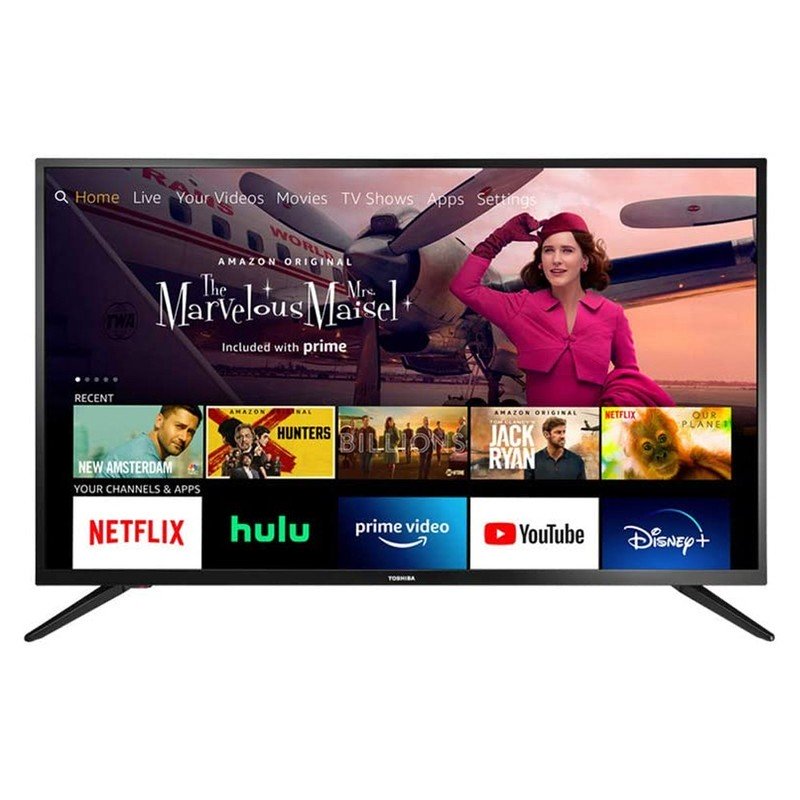 Pick up this 32-inch Fire TV Edition smart TV from Toshiba at Amazon. It comes with the Alexa Voice Remote, or you could even pair it with an Echo Dot to voice control your new TV from across the room. 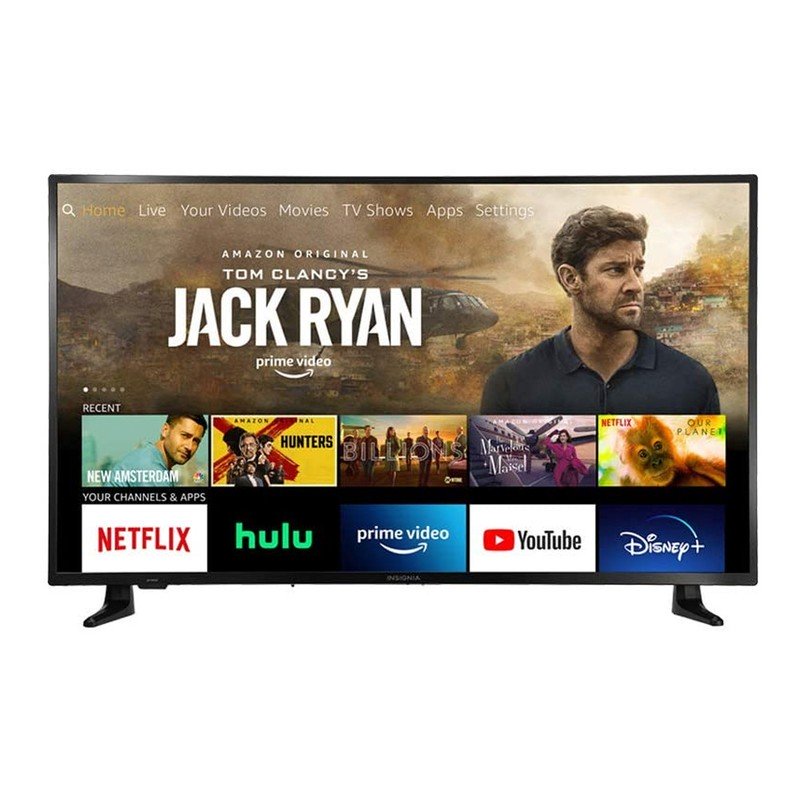 Upgrade to Insignia’s 43-inch 4K Fire TV Edition smart TV at $80 off the regular price. Along with being able to download your streaming services right to the TV, it comes with the Alexa Voice Remote that lets you control it using your voice. Other compatible smart home devices can be controlled as well. 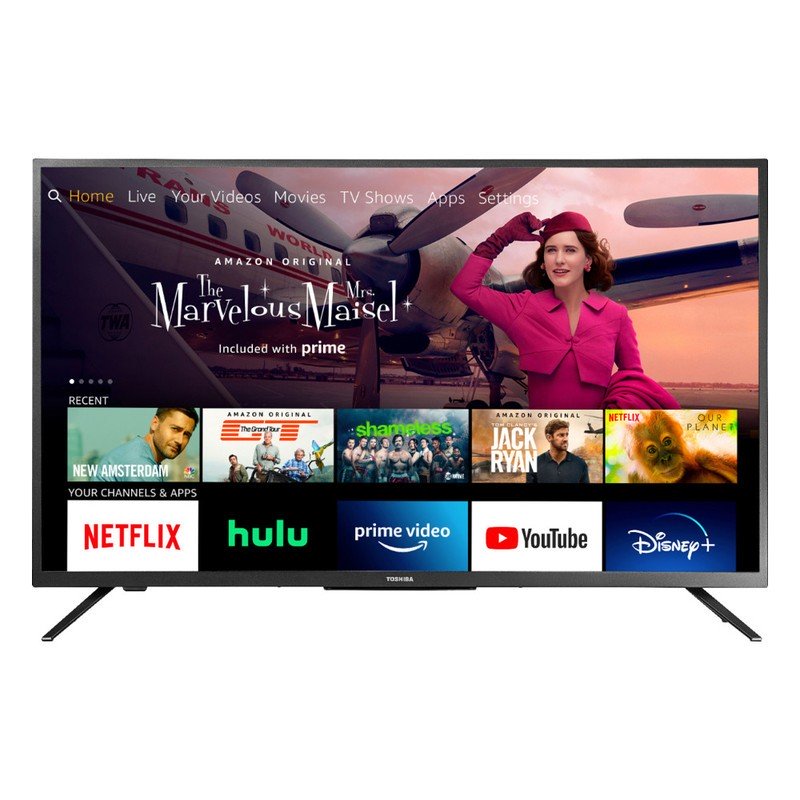 Best Buy has this 43-inch 4K Smart TV Fire TV Edition by Toshiba available for $330 while supplies last. This model comes with the Alexa Voice Remote, too. This 55-inch 4K Fire TV Edition Smart TV by Toshiba is discounted by $100 at Best Buy while supplies last. This is one of the largest models of Fire TV Edition smart TVs out there. The Fire TV Stick now comes with a voice remote you can use to access Amazon’s Alexa. So it only makes sense to combine that with an Echo Dot you can place elsewhere to also talk to Alexa. Maximize your smart home access with these devices together. You’ll even score a free year to Food Kitchen Network with the purchase. Now you can stream in 4K and control your smart home without getting up from the couch. But if you do get up, at least you’ll still have access to Alexa with your new Echo Dot! A free year of Food Network Kitchen is included with the purchase.

How to get the Best Fire TV Deals

Aside from the deals listed here, there are a couple of other ways to save on the Fire TV lineup. For example, you can participate in Amazon’s trade-in program. Basically, if you send in a different device like a Roku TV or Chromecast, Amazon will give you up to 20% off something new. That’s a great way to save big on the price of the Recast or one of the other more expensive options if you really want one.

Also, while it isn’t currently live, Amazon regularly has a deal anywhere Fire TV devices are sold that lets you save when you buy more than one. So you can buy two $50 Fire TV devices and only pay $85 total or some similar discount. Be sure to look for that at Amazon, Target, B&H, and other retailers should it return.

Beyond that, the best advice we can give you is to prepare in advance for the major holidays. Amazon is always looking for any excuse to offer deals, and events like Black Friday and Prime Day are some pretty good excuses! You can learn more about this year’s Prime Day in our Preparing for Prime Day guide.

Did you know that you can also use a VPN with your new Fire TV Stick? Here are all the best Fire TV Stick VPN options available now.

The ever-evolving ecosystem of Amazon Echo accessories (or Echosystem) has helped turn average homes into modern smart homes. We love how convenient Alexa makes it to control devices, listen to music, check the news, find shows, and do so many other things. Enhance your Echo experience further with one of the many useful accessories available for the different Alexa units. We begin our list with accessories that work with multiple Echo devices and then transition into products for specific Echo devices after that. Let’s get to it. 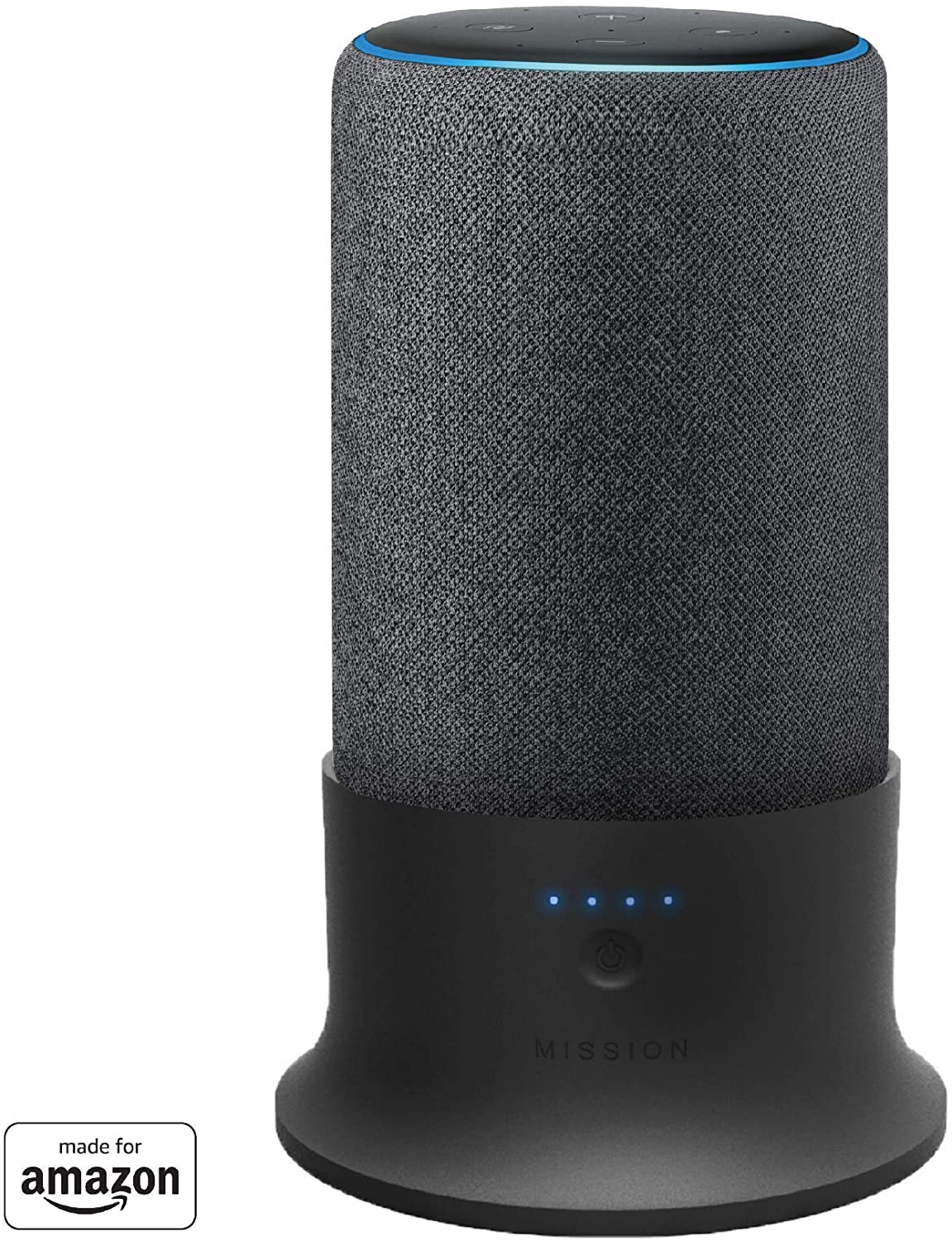 This portable battery base allows you to use your Echo (3rd Gen) or Echo Plus (2nd Gen) wirelessly up to five hours. It’s great for playing music at parties or events where you don’t have access to outlets. On the back, you’ll find a USB port, DC input port, DC output cable, and LED battery life indicators. 
If you have an older Gen 1 or Gen 2 Echo, this base will charge it wirelessly for 8-12 hours. It has pretty much all of the bells and whistles of our top pick, just sized appropriately for older Echo devices. 
Pitched as an interactive nightlight for kids, the Amazon Echo Glow can add a pop of color to any space. Set colorful timers or sync to the music on your Echo for a homemade dance party!

Turn up the sound:


Use this amp to connect your original Echo or Echo Dot to your favorite speakers for far more powerful sound quality. It’s compact, so it won’t take up a lot of space on your desk or audio rack. Amazon also offers various Echo Dot bundles if you want to purchase the Alexa device and the amp at the same time. 
Replace your boring old basic clock with this sophisticated design by Citizen. Of course, you can use it to keep the time, but you can also see the status of your Alexa timers when paired with your Echo device. 
One of the best things about Echo devices is that you can access music from Spotify, Pandora, Amazon Music, or other streaming services. This particular subwoofer is designed specifically for use with an Echo (2nd or 3rd Gen), Echo Plus (2nd Gen), or Echo Studio. It looks beautiful in your home since it’s designed to match the look of other Echo devices.