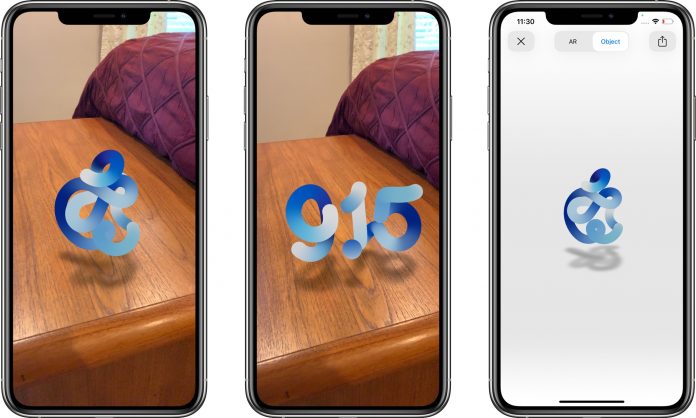 Apple this morning announced a digital-only event that will be held on Tuesday, September 15, and if you view the event webpage on an iPhone, you can tap on the logo to open up Apple’s Safari AR viewer, to see the logo morph and change in real-time in the real world.

Just open up the event site on an ‌iPhone‌ or iPad and tap right on the logo to open up the AR version. The graphic Apple is using for the event morphs from an Apple logo to the date and back again.

Apple often creates fun graphical experiences for its events. In the past, it has done an October iPad event where it created dozens of different Apple logos, and people often look to event art designs to seek out signs of what to expect when it comes to announcements.

Apple’s September events have historically focused on the ‌iPhone‌, but rumors indicate that the September 15 event will instead see the unveiling of the Apple Watch Series 6 and new ‌iPad‌ models rather than the iPhone 12 lineup, which is expected to be announced later.
This article, “Apple’s September 15 Event Page Includes Morphing AR Logo” first appeared on MacRumors.com