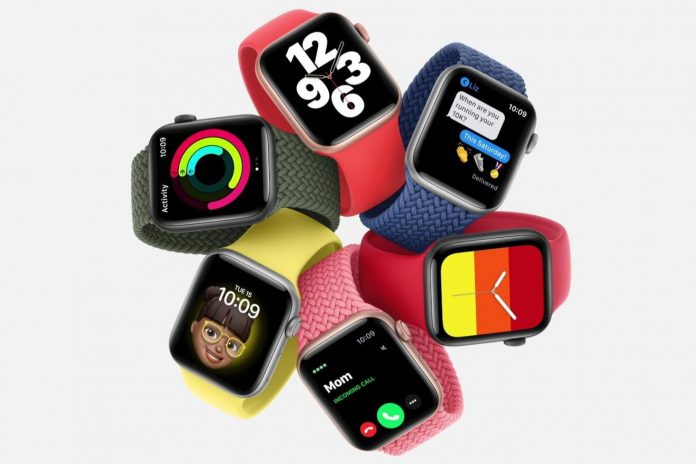 Are you looking for Apple Watch alternatives? Here’s our guide of the best smartwatches from both Apple and other manufacturers.

The Apple Watch Series 4 saw a significant redesign, so the SE sports a more modern Retina display, while the Series 3 is left with the slightly older, smaller, previous generation’s Retina display. The Apple Watch SE is offered in two sizes with either a 44mm or 40mm case, while the Series 3 presents 42mm and 38mm options. The newer Retina display is 30% larger and gives the device more of an edge-to-edge appearance. Both the SE and Series 3 sport 1000-nit bright displays, helping legibility in direct sunlight.

As for the cases themselves, the Apple Watch SE has lost a hair of thickness, going from the Watch Series 3’s 11.4mm down to 10.4mm. Both the SE and Series 3 are crafted from 100% recycled aluminum and are available in silver and Space Gray — only the Series SE sports the flashy gold option. Additionally, neither of these Apple Watch models offer the more expensive stainless steel or titanium variants. If you opt for cellular service on the SE, you will also be greeted by a red circle on the outside of the Digital Crown.

When it comes to the design of the Apple Watch SE and Series 3, both allow you to jump into your pool or the ocean for a swim — these two smartwatches can be taken down to depths of up to 50m. We believe the choice here is apparent between the two models, with the SE offering a larger Retina display in a smaller package and additional aluminum color options.

Keeping an eye on your health is an excellent reason to grab a smartwatch. Let’s start by noting the features that the Apple Watch SE and Series 3 share. Using either Apple Watch, you can track everyday statistics, including steps taken and distance walked. Both devices also contain optical heart sensors, allowing them to detect your heart rate. If your heart rate is either high, low, or showcases an irregular rhythm, the SE and Series 3 can notify you.

Additionally, if you like to hike, the SE includes an always-on altimeter for constant data logging, while the Series 3 consists of an altimeter that can be called up when desired. Features that you will only find on the SE include the ability to take an ECG. Lastly, the SE’s included optical heart sensor is a newer, second-generation design with greater accuracy and speed.

When it comes to fitness assistance, both the SE and Series 3 offer Apple’s Fitness app for keeping an eye on your daily goals. Apple Watch SE and Series 3 also support Apple Fitness+, and you can jump onboard with Studio lessons as long as the devices are paired to an iPhone 6s or later or an iPhone SE. While both devices are close when it comes to fitness, Apple Watch SE takes the cake when it comes to health tracking, thanks to its ability to take an ECG and keep a closer eye on hearth health.

Both Apple Watch SE and Apple Watch Series 3 offer up to 18 hours of battery life, thanks to their built-in, rechargeable lithium-ion batteries. We haven’t seen much of an increase in Apple Watch battery life, and the 18-hour official rating has become standard. Both the SE and Series 3 include a 1m magnetic charging cable in the box, but you’ll need to source your own USB Type-A wall plug.

Beyond the health features included with each Apple Watch, a few other special features are on board to improve the overall experience. For starters, both the Apple Watch SE and Series 6 include emergency SOS, allowing you to call for help in emergencies quickly. However, the SE features an updated emergency SOS option, which now supports international calling. Additionally, the SE can detect if you’ve taken a hard fall and offer assistance or alert you when you’re in an environment where the loud noise level could damage your hearing.

Another Series 3 exclusive the SE loses out on is a built-in compass, great for orienting maps and positioning yourself while on a trail hike. If you’re without your iPhone, the SE is also available in a cellular LTE variant at an extra cost. Both models support Wi-Fi 802.11b/g/n 2.4Ghz and Bluetooth — the SE with Bluetooth 5.0 and the Series 3 with Bluetooth 4.2. Internally, you’ll also find an S5 processor in the SE and an S3 processor in the Series 3. The result is a two times faster chip in the SE than what is found in the earlier Series 3.

Overall, the Apple Watch Series SE packs in quite a few more special features than the Series 3, and the S3 processor gives it a powerful speed boost.

Apple Watch SE and Watch Series 3 are both available globally. The SE starts at $280 for a 40mm variant or $310 for 44mm. If you wish to add on LTE, the inclusion will cost you another $50 on top of the base price. Of course, you will also need to pay a monthly fee to your cellular carrier of choice, which can differ. As for Series 3, you can pick up a 38mm model for $200 or spend $230 for the larger 42mm version.

Adding Apple Care+ to either the SE or Series 3 will cost you another $50 but provides additional tech support and accidental damage protection. While the Apple Watch SE is excellent, the Series 3 does present an attractive price while nailing the basics.