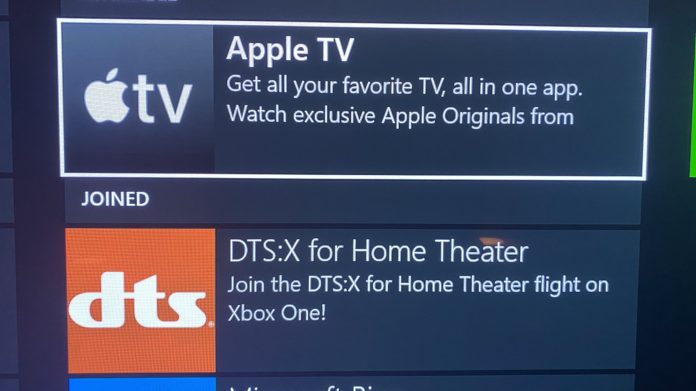 The Apple TV app is coming to Xbox, according to Windows Central, which tweeted that it can “confirm” the news. It is unclear when the app will arrive on Xbox, but the report claims it will “likely” be available in time for the launch of the new Xbox Series X and Series S consoles on November 10. It is unclear if older consoles like the Xbox One would be supported.

A member of the Xbox Insider beta program recently shared a photo that appears to show the Apple TV app in a list of apps available to test, although they said the app was non-functional and disappeared shortly after.

OhSnap! #AppleTV is coming to #Xbox!!! Now I’m not as upset about them removing the second HDMI port cuz that’s all I used it for. But now we get 4k! #XboxInsiders
😩🙌🏾🍏📺+❎😎#KeepItWavy 🌊🏄🏾‍♂️ pic.twitter.com/hx32MhUwWp