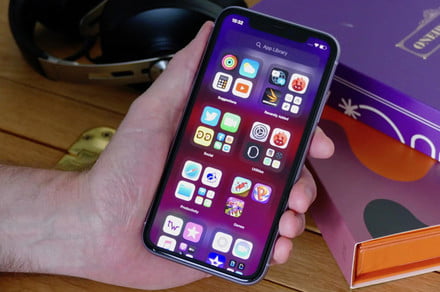 Apple’s recently launched iOS 14 marks a significant upgrade for the iPhone’s operating system, with many of the new features designed to make using the handset even more fun. Once all of the bugs have been squashed, that is.

Yes, as sure as night follows day, there will always be problems with a newly released operating system as issues sneak through the beta phase of its development.

So, to fix some of these flaws, Apple has just released 14.0.1 for iOS and iPadOS.

The update addresses, for example, a bug that caused the default browser and mail settings to reset after restarting the phone or tablet. New with iOS 14 is the ability to choose a default browser and mail app instead of being tied to Apple’s apps, so it will certainly be pretty annoying for anyone selecting new default apps only for the device to revert to Safari and Mail. This update should put that problem to bed.

iOS 14.0.1 also deals with an issue that prevented the sending of emails with some mail providers, and resolves a problem that prevented images from appearing in the News widget.

In addition, the update sorts out a glitch that stopped camera previews from displaying on the Phone 7 and iPhone 7 Plus, and fixes a bug that prevented some iPhones and iPads from connecting to Wi-Fi networks.

Apple has also released updates for watchOS and tvOS that address some early problems with their respective operating systems, so be sure to grab those, too, if you have any linked devices.

You can grab iOS 14.0.1 by diving into your phone’s settings, tapping on General, Software Update, and then Download.

The Cupertino, California-based tech giant released iOS 14 for the iPhone 6S and later just over a week ago. If you haven’t yet upgraded to iOS 14, check out this Digital Trends article that offers five good reasons to to do so now … and two reasons to hold off a little longer.