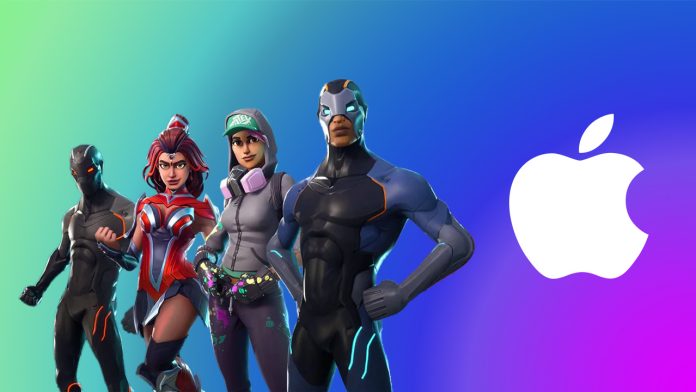 Sweeney says that Apple’s claim that the legal dispute is “nothing more than a basic disagreement over money” is an indication that it has “lost sight of the tech industry’s founding principles,” although he does not explicitly state what these founding principles are. He also assumes that Apple is “posturing for the court.”

Presumably they’re just posturing for the court, but if Apple truly believes the fight over the App Store’s distribution and payment monopoly is a “basic disagreement over money,” then they’ve lost all sight of the tech industry’s founding principles.https://t.co/349RHLqKYa

Sweeney went on to refer to Epic’s “Nineteen Eighty-Fortnite” commercial, explaining that it was intended to show that Apple was now the “all-powerful corporation dictating the terms of users’ access to their devices,” displacing IBM, and that it is “using that position to exert control and extract money.”

He then reiterated some of the rationale behind why ‌Epic Games‌ began the campaign against Apple’s ‌App Store‌ policies, stating that “creators have rights.” Sweeney concluded by strongly disputing that the entire disagreement was about money, instead saying it is a more fundamental fight for change.

The rights of users and creators are the FOUNDATION of this dispute. Money is several layers removed, as the medium of exchange between users who choose to buy digital items, and the creators who made them. Epic isn’t even seeking monetary damages. We are fighting for change!

‌Epic Games‌’ developer account has now been terminated, and the company has filed for a preliminary injunction that would both allow Fortnite back on the ‌App Store‌ and restore access to its developer account. At the same time, ‌Epic Games‌ has refused to remove the direct payment option that is in direct violation of Apple’s ‌‌App Store‌‌ policies‌. The preliminary injunction hearing will take place at the end of this month.Tags: Epic Games, Fortnite, Epic Games vs. Apple
This article, “Apple Has ‘Lost Sight of the Tech Industry’s Founding Principles,’ Says Epic Games CEO” first appeared on MacRumors.com