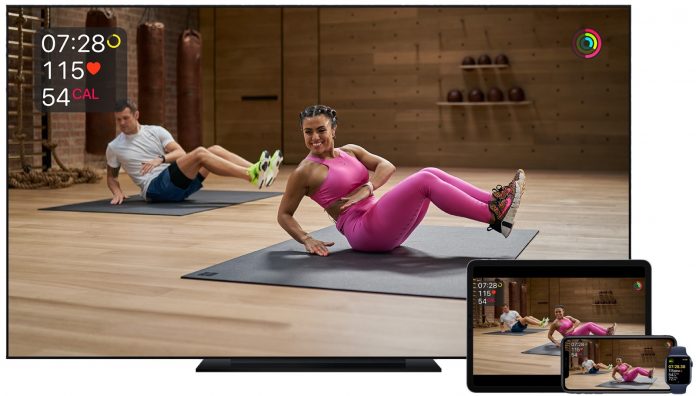 Apple today announced a new Fitness+ service which is set to launch later this year. Fitness+ is a fitness experience that was designed with the Apple Watch in mind, and it pairs fitness videos watched on the iPad, iPhone, or Apple TV with Apple Watch fitness measuring metrics.

All Apple Customers are eligible for a free one-month trial of Fitness+ when it launches, but those who purchase an Apple Watch Series 3 or later from Apple will get a free three-month trial.

After the free trial, Fitness+ is priced at $9.99 per month or $79.99 per year. Purchasing the yearly plan offers savings of $40, dropping the price to $6.67 per month. Fitness+ is eligible for family sharing, so for the monthly price, up to six family members can access the guided workout options.