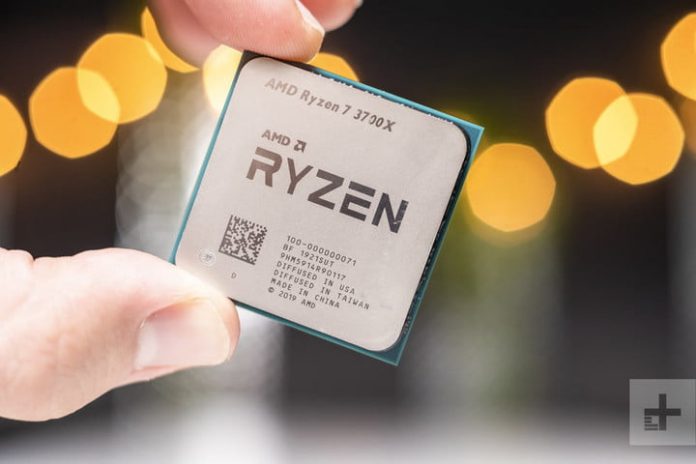 Following AMD’s announcement that it will launch new Ryzen processors on October 8, we’re now hearing leaks that the company’s next-generation Zen 3-based silicon could debut under the Ryzen 5000 branding.

This would be a departure from early rumors that suggested that the Ryzen 4000 family would include both Zen 2 and Zen 3 processors, and the new Ryzen 5000 branding could help eliminate consumer confusion in the market as it would help distinguish between the two microarchitectures.

Rumors of the Ryzen 5000 branding comes by way of Twitter user Patrick Shur, a software engineer, who tweeted that the Ryzen 9 5900X processor will ship with 12 cores while the Ryzen 7 5800X CPU will contain eight cores, Videocardz reported.

This means that AMD’s code-named Vermeer desktop processor will launch under the Ryzen 5000 branding. The new Ryzen 5000 family will then include Vermeer as well as Cezanne, the APU that will be headed into notebooks and desktops as the successor to Renoir (Ryzen 4000). At this point, it’s unclear if AMD will also launch a 10-core version, despite earlier rumors suggesting that the new Zen 3-based desktop lineup could include such a variant.

AMD’s Zen 3 architecture will be based on a 7nm+ node, the company had previously revealed, which will deliver 10% reduced power consumption and 20% more density when compared against Zen 2, according to Wikichips.

It’s going to be an exciting fall for gamers… time to start a new journey with @AMDRyzen Zen3 and @Radeon RDNA2 pic.twitter.com/O9SXvLo4y0

Prior to AMD’s announcement, there were speculations that the company may be planning to delay the launch of its Zen 3 products to 2021 as part of an effort to get more return out of its investments in developing Zen 2, a claim that the company had refuted. With AMD’s planned announcement, it appears that those rumors were false.

The debut of Zen 3 and RDNA 2 will mark an exciting period for AMD. The Zen 3-based Ryzen 5000 processors will take on Intel’s 11th-gen processor series, while RDNA 2-based graphics will not only be headed into PCs to take on Nvidia’s new GeForce RTX 3000 series, but the architecture will also power next-generation Microsoft Xbox Series X and Sony PlayStation 5 consoles.

RDNA 2 is expected to arrive as the Radeon RX 6000 GPU for PC gamers.

Facebook
Twitter
Pinterest
WhatsApp
Previous articleShould you buy the Garmin Venu or the Apple Watch Series 6?
Next articleHow to add and edit text in Adobe Photoshop