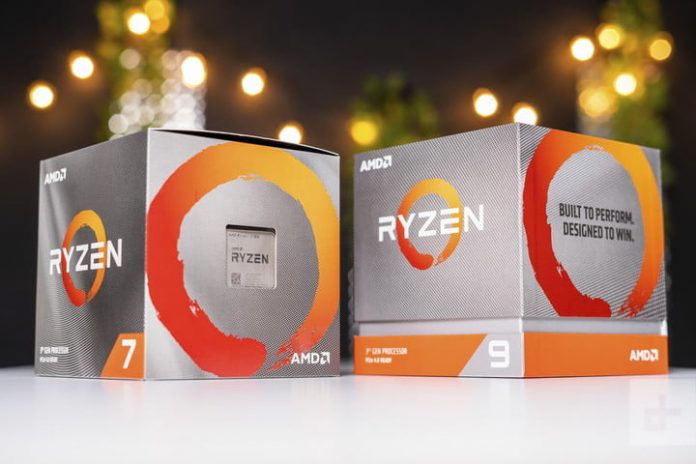 AMD’s Ryzen 3900X and 3950X are two supremely powerful processors that would be considered unimaginable just a few years ago. With huge core counts, high clock speeds, and great overall performance, they put Intel’s mainstream and HEDT chips to shame.

But which one should you buy? There’s a big price gap between them, so pitting the Ryzen 3950X against the 3900X might help us find out which is the best of the two. If you don’t quite fancy spending over $500 on a CPU, check out AMD’s other great processors.

The AMD Ryzen 3950X was initially scheduled for a September 2019 release, but that was pushed back to November over alleged issues with hitting its rated clock speed. It was eventually unveiled and released in November 2019 for $750. Similar to the 3900X, you can commonly find the 3950X for $750, with many retailers marking them down to around $710.

Availability isn’t an issue for either processor. As AMD’s top Ryzen chips, you can find the 3900X and 3950X from most retailers.

The Ryzen 3900X was the flagship chip of this Ryzen generation (before the 3900XT, that is). The 3950X beats both. These are both extremely powerful, high-end CPUs. They’re arguably HEDT chips, despite their targeting of the more mainstream sector, and their specifications reflect that. They’ve each been found faster than Intel’s most capable HEDT CPUs, too.

The biggest differences between these two CPUs are their core and thread counts. With an additional four cores and eight threads, the Ryzen 3950X is the more capable multithreaded CPU. Finding tasks that can take advantage of that many cores and threads, though, is another matter. Unless you are doing heavy video editing or video transcoding, then you are unlikely to really make use of those additional threads. They would certainly be spinning their wheels in gaming.

Indeed, the 3900X is arguably an overkill CPU just for gaming, but if you game and stream at the same time, both of these CPUs excel. Amazingly, considering its additional cores, the 3950X is slightly faster than the 3900X at gaming too, but only slightly.

When it comes to the raw power of these high-end chips, the question really is whether you can make use of the extra cores and whether saving those few seconds (or maybe minutes in the case of heavy workloads) will be worth spending twice as much. The 3950X isn’t twice as powerful, showing the effects of diminishing returns.

TDP is the same for both chips, but note the lower base clock of the 3950X. You’ll want to make sure you have strong cooling for either of these processors, but especially so with the 3950X to make sure it maintains a high boost clock speed.

If we look at these two chips purely in the microcosm of this head to head, there are two definitive statements that we can make. The 3950X is the better of the two chips, but the 3900X represents far greater value for money. On a dollar-to-performance basis, there isn’t much of a comparison. The 3950X gives you a couple of extra frames per second when gaming and reduces run times of certain productivity tasks between 10% and 30%, depending on how heavily multithreaded the application is.

If you’re a pure gamer, neither of these chips should be on your radar. The 3700X and 3800X are very close to both of these and cost a fraction of what the 3900X and 3950X do. But if you can make use of all these cores, then the 3900X offers the best bang for your buck, with one major caveat: If your software can take advantage of 24 threads, there’s a good chance it can take advantage of 32 threads.

That’s not a given, but it’s likely — and in that case, if you’re looking for the fastest possible multithreaded chip, saving you precious seconds in your rendering and transcoding, then the 3950X is the chip to get.

If budget isn’t such a concern, though, you may want to consider a Theadripper 3000 CPU. They have up to 64 cores and 128 threads, which is in a whole other realm of multithreaded power.