All laptops are now gaming laptops 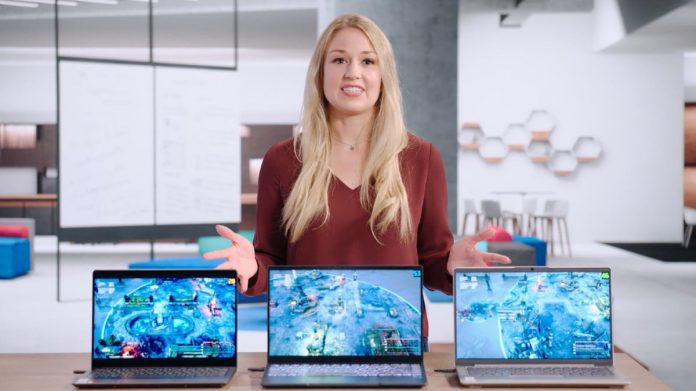 Unlike our phones and tablets, laptops are split into two distinct categories. The first is laptops with integrated graphics that can’t play games, and other is laptops made specifically for gaming. In case you’re wondering, the vast majority of laptops that are sold fall into the first category.

That’s a shame. It’s bad for PC gaming, and it’s bad for Windows laptops as a whole.

But with the announcement of Intel’s 11th-generation processors, standard laptops may finally break this mold. Not long from now, most laptops will be able to game — even tiny, thin-and-light devices you’d likely underestimate.

Intel has been building up hype around its Xe graphics for over a year now. Though enthusiasts are looking forward to a discrete GPU that can compete with the Nvidia RTX 3080, Intel has always had its eye on what it calls Xe LP. These are integrated and low-powered discrete graphics — nothing as flashy as what you’ll slot into your glowing gaming rig.

Now that Iris Xe is starting to roll out, I’m beginning to see why. If Iris Xe turns out to be anywhere near as powerful as Intel claims, the company is about to transform our expectations about our computers.

Comparisons against entry-level discrete graphics cards are really what caught my attention.

At its simplest, the Iris Xe graphics are twice the performance of last year’s integrated graphics. It’s up from 64 EUs (execution units) to 96 EUs, a nearly 33% increase in potential gaming performance. Intel says games like Borderlands 3, Far Cry New Dawn, and Hitman 2 will now be playable at 1080p for the first time on Intel’s integrated graphics.

But beating your old integrated graphics isn’t saying much. The comparison against an entry-level discrete graphics card is really what caught my attention. Averaging close to 40 frames per second with Medium settings in many of these AAA titles is an impressive feat.

Now, to be fair, the Nvidia MX350 isn’t a tried-and-true gaming GPU. It’s commonly found in slim, thin-and-light laptops, such as the Acer Swift 3 or the Asus ZenBook 14. Compared to an Nvidia GTX 1650, even, Iris Xe can’t compete.

Make no mistake — there will always be room for proper gaming laptops. No one’s pretending this new crop of Tiger Lake laptops will extinguish the need for high refresh rates, RGB lighting, and powerful discrete GPUs. That would be true even if these integrated graphics again double in performance next year.

But being able to play Fortnite at 50 fps or GTA V at 55 fps makes the potential of these graphics unprecedented.

There’s a catch, of course

Until Intel Iris Xe-level graphics are ubiquitous, graphics will always feel like an add-on feature. Intel’s awful UHD integrated graphics are still what you’re stuck with on the Core i5-1125G4 and Core i3-1115G4.

These processors will often be sold as the starting configurations of many new laptops, and won’t be good for gaming. These are highly popular configurations, especially those falling under the $1,000 mark. Technically, Intel has improved these graphics slightly over last year’s UHD graphics, but likely not enough to do any serious gaming.

The Intel Core i7-1135G7 is perhaps even more egregious. Despite being labeled a “Core i7” and “G7,” the processor features 16 fewer Intel Xe EUs. We’ll have to test this particular configuration to see how it performs, but it’ll take a serious step back from the other Core i7 configurations.

Wider adoption of more powerful integrated graphics will show up eventually, but it remains an asterisk on the current state of Xe graphics.

It goes beyond Intel

Intel is the major stakeholder in this gaming revolution, and its improvements this year will have the biggest impact.

But let’s not forget how this started. Two of its major rivals were the ones to push Intel to start taking graphics more seriously. The iPhone and iPad are a good example of where I wish PCs would get. Because of their impressive graphics, every iOS device has the ability to game. It’s what allowed iOS gaming to flourish in the way that it has. With Macs transitioning to Apple Silicon, there’s no reason to think entry-level laptops like the 12-inch MacBook and MacBook Air won’t feature vastly improved integrated graphics.

AMD is in a similar position. Its Radeon integrated graphics featured in the Ryzen 4000 processors were seriously impressive in laptops like the Lenovo IdeaPad Slim 7.

With competition this close, it’s looking promising for the future of integrated graphics.