Home News Which Motorola flagship is right for you — Edge or Edge Plus?
News

Which Motorola flagship is right for you — Edge or Edge Plus?

Setting out to craft its highest-end smartphone in years, Motorola created the Edge+. It’s designed to compete with the best of what Samsung and Apple have to offer, and it does a darn good job. The Motorola Edge+ has fantastic hardware, a truly stunning display, and all of the high-end specifications you could ask for. Assuming you’re OK with the high price and exclusivity to Verizon Wireless, it’s 2020’s sleeper hit.

The goal of the Motorola Edge is simple — offer 80% of the Edge+ experience for hundreds of dollars less and make it unlocked for all U.S. carriers. Using the Motorola Edge is a joy, as it has the exact same display, great performance, and top-notch battery life of the Edge+. You need to put up with some pretty mediocre cameras and no wireless charging in exchange for that lower price, but depending on your budget, it could be the better buy.

Motorola’s Edge series of phones marks its return to the flagship space, and with both the Edge and Edge+, the company has crafted two very good Android phones. The Edge+ is the best of the duo, offering the highest-end specs and most premium experience currently offered by Motorola. Compared to the regular Edge, you benefit from a more capable processor, vastly better cameras, and extra goodies like wireless charging and a metal design. You make a few compromises here and there with its less expensive sibling, but the day-to-day experience of using the Edge feels almost as good as the Edge+ while costing considerably less money. 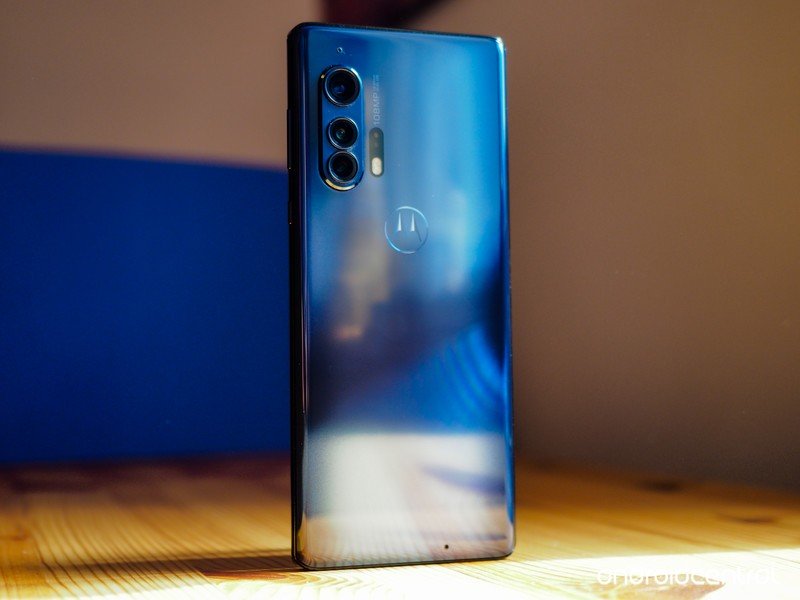 The Motorola Edge+ and Edge have a lot in common, but when it comes to the phones’ pricing and availability, this is where we see some of the biggest differences. The Edge+ is the most expensive of the two devices with a retail price of $1,000, whereas the Edge costs considerably less at just $700.

Even more important is how you’re able to buy the two phones. The cheaper Motorola Edge is sold as a universally unlocked smartphone, meaning it’s compatible with every U.S. carrier. Whether you have AT&T, Sprint/T-Mobile, Verizon, or any smaller wireless provider, the Motorola Edge should work without a hitch.

Comparatively, the Edge+ is a Verizon exclusive in the U.S. and can only be used on the Verizon network. That greatly limits the potential audience for the phone, and at the end of the day, is ultimately one of its biggest weaknesses.

Motorola Edge+ vs. Edge Where the Edge+ comes out ahead 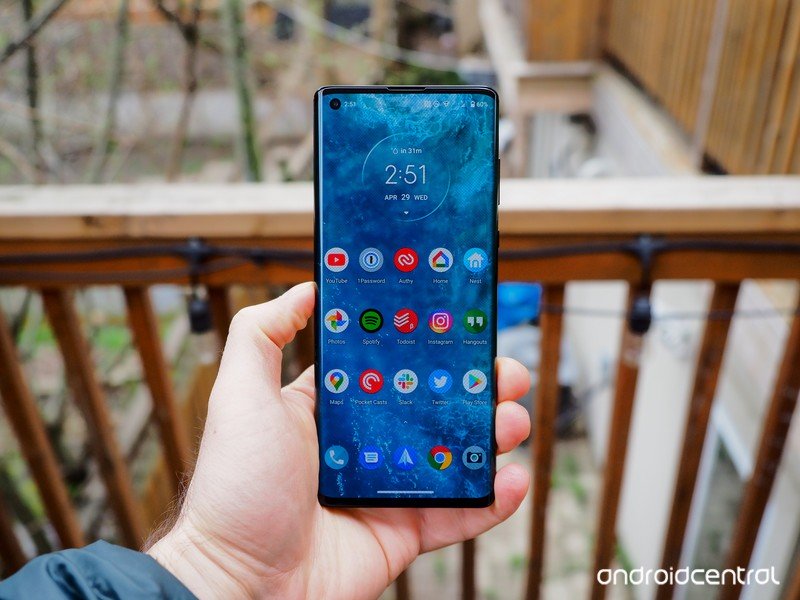 The high price and limited availability of the Motorola Edge+ is certainly a bummer, but if you’re already a Verizon customer and can stomach its cost, there’s a lot to like about the phone. It all starts with that display, which is downright stunning. The Edge+ treats you to a 6.7-inch OLED screen with a crisp 2340×1080 resolution, along with a buttery smooth 90Hz refresh rate. This all comes together with the drastically curved edges, which flow over the sides of the phone like a waterfall. This design makes the Edge+ instantly stand out, and when paired with the sturdy metal construction, you end up with one gorgeous-looking phone.

Flipping the Edge+ over and looking at the camera system, you’ll find the best set of cameras Motorola has ever put in a phone. The 108MP primary camera is the star of the show, and it’s joined by a 16MP ultra-wide/macro camera, 8MP telephoto camera, and a time-of-flight sensor for capturing more data with your images. The Edge+ takes very good photos, and while they might not be as flawless as shots taken with a Pixel 4 or Galaxy S20, it’s still a trusty device for preserving memories wherever you go.

Under the hood, the Edge+ continues to impress. It’s powered by the flagship Snapdragon 865 processor, a healthy 12GB of RAM, and 256GB of storage for saving all of your digital files. The 5,000 mAh battery allows for great endurance, and thanks to both 18W wired and 15W wireless charging, it’s easy to refuel the phone whenever you need to.

All of this is backed up by Motorola’s software experience, which is one of the best that Android has to offer. Motorola’s take on Android is one of the best that’s out there, as it preserves the clean aesthetic of stock Android while adding genuinely helpful features where they matter. The phone is also backed by a promise of at least two major OS updates, which is better than what we usually see from the company.

Motorola Edge+ vs. Edge What the regular Edge does well 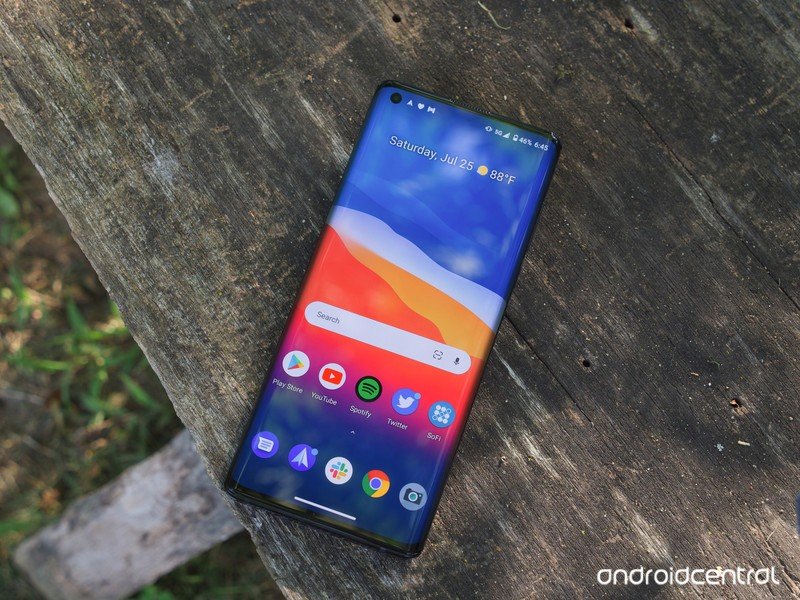 It’s no secret that the Edge+ is the better of the two phones, but that’s not to say that the regular Edge is bad. It looks and feels just like the Edge+ in so many regards, making it a really enticing option if you don’t feel like spending $1,000 on your next phone (or if you use a carrier other than Verizon).

Perhaps the most impressive thing about the Motorola Edge is its display. It has the exact same display as then Edge+, curves and all. Motorola didn’t compromise the screen panel, resolution, or refresh rate, which is quite a feat considering the Edge’s lower price. The internal specs are also very good, with the Edge touting a very fast Snapdragon 765 processor, 6GB of RAM, 256GB of storage, and a generous 4,500 mAh battery.

One of the biggest downsides to the Edge, however, is its camera system. It’s possible to take decent photos with the phone, but overall image quality leaves a lot to be desired. Images are often soft, low-light photography is quite weak, and the camera app itself is often slow/unresponsive where the rest of the phone’s performance is just fine. It’s a serviceable set of cameras if all you’re doing is posting super casual photos on Twitter and Instagram, but if you want to do anything beyond that, the Edge+ is the better fit.

There’s also a step down on the software side, as Motorola is only promising one major OS update for the Edge. That means once the phone is updated from Android 10 to Android 11, it won’t see any further Android versions. Motorola has had a long struggle with offering good software support for its phones, but only getting a single update for a $700 smartphone is pretty ridiculous. 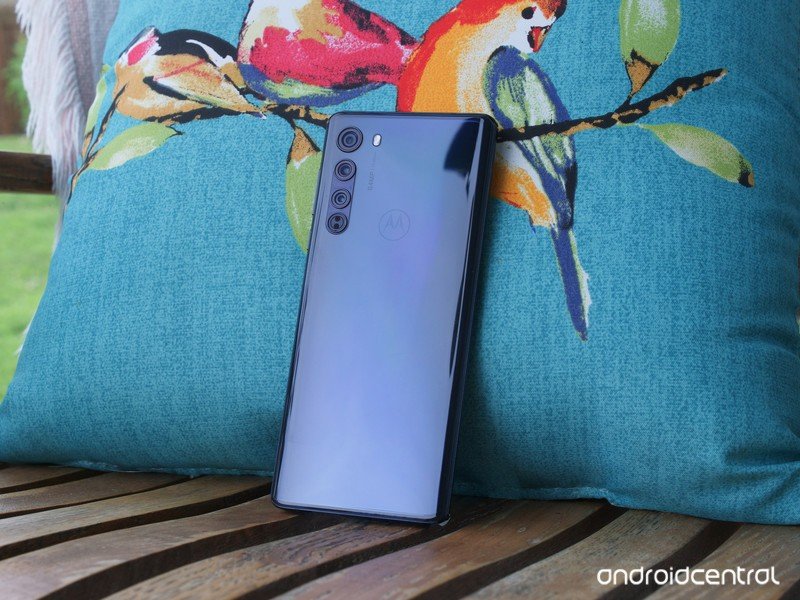 Motorola has been kicking out rock-solid budget phones for years at this point, and as much as we’ve enjoyed those, it’s exciting to see the company return to making legitimate flagships. There was some hesitation leading up the debut of the Edge series, but Motorola has proven that it still has the chops to compete in this space.

The Edge+ is marred by a fairly high price and its exclusivity to Verizon, but the fact that those are its two biggest issues is impressive. Whether it be the phone’s display, specs, software, or design, just about everything with the Edge+ works incredibly well. It’s a unique alternative to something like the Galaxy S20, and for a first attempt at returning to high-end devices, we’re thrilled with how the Edge+ turned out.

For shoppers that do have an issue with the Edge+’s price and availability, the unlocked and more affordable Edge is a great companion to it. You get a plastic body instead of metal, the cameras aren’t as good, and there’s no wireless charging, but the rest of the experience is every bit as nice. The Motorola Edge has a gorgeous display, is plenty fast, and has an identical software experience that’s a joy to use. There aren’t a lot of phones competing in this “value flagship” space, but we’re thrilled that Motorola decided to throw its hat into the ring.

The best Moto phone you can buy

High price and annoying availability aside, the Motorola Edge+ is a fantastic flagship smartphone that’s worth your attention. Whether you’re here for the mesmerizing display, powerful specs, or iconic Moto software, just about everything with the Edge+ is done right. Here’s to hoping we don’t have to put up with annoying carrier deals for the successor.

Lots to love for less

The Motorola Edge introduces a few quirks not found with the Edge+, but if you’re looking for a similar experience for less money, the Edge does a great job at finding that middle ground. The display is just as impressive, performance is fast, and the software is great. As long as you’re not a shutterbug, the Edge is a solid pick.

Facebook
Twitter
Pinterest
WhatsApp
Previous articleThe Huion New 1060 Plus graphic drawing tablet is on sale for $54 today
Next articleDual-SIM phones are amazing, but in the U.S., carriers hate them