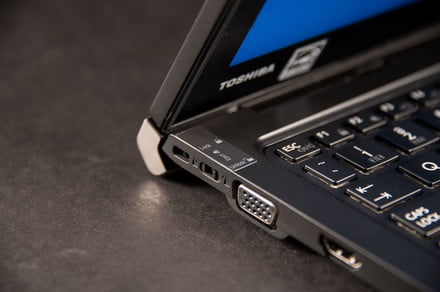 Japanese tech giant Toshiba will no longer make laptops after more than three decades in the business, the company has announced.

Following financial instability, Sharp bought 80% of Dynabook in 2018 for $36 million. With this final transfer of the last 19.9% of Dynabook shares, “Dynabook has become a wholly-owned subsidiary of Sharp,” according to a Toshiba statement.

In the race for personal computing, Toshiba has always been a solid contender. Launching its first 8-pound laptop in 1985, Toshiba was one of the biggest PC manufacturers in the early 2000s. However, continual innovations in the competition put Toshiba’s laptop creation in danger, with financial instability and low sales pushing the company closer and closer to the red. After a loss of $318 million in 2015, Toshiba shifted to a business hardware focus, leaving the consumer market behind.

The purchase was apart of Sharp’s rights in the 2018 deal that saw Toshiba’s PC business renamed Dynabook Inc.

When 2017 numbers reported hardware sales of less than 1.9 million units, Toshiba sold its personal computing arm to Sharp. With the company gaining an 80.1 percent stake in Toshiba’s laptop manufacturer, Sharp was also given the chance to purchase Toshiba’s remaining shares, which it exercised in June 2020.

While this only marks the end of its laptop creation business, Toshiba’s television unit is carrying on.

How to use the Call Screen feature on your Google Pixel