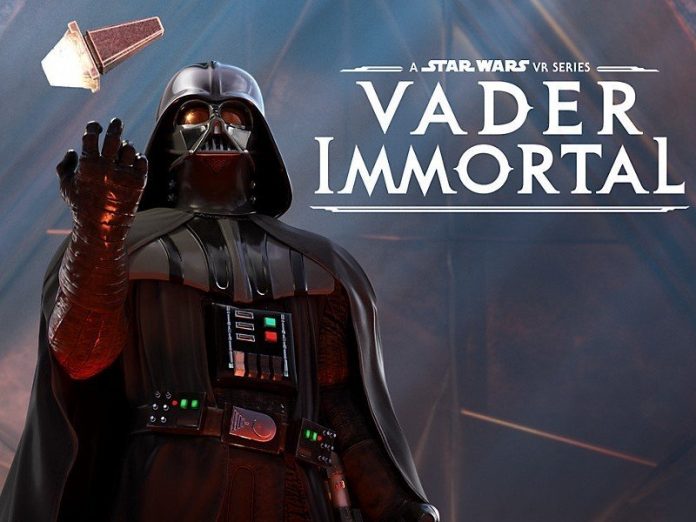 It’s got a Lightsaber Dojo. What else do you need to know? 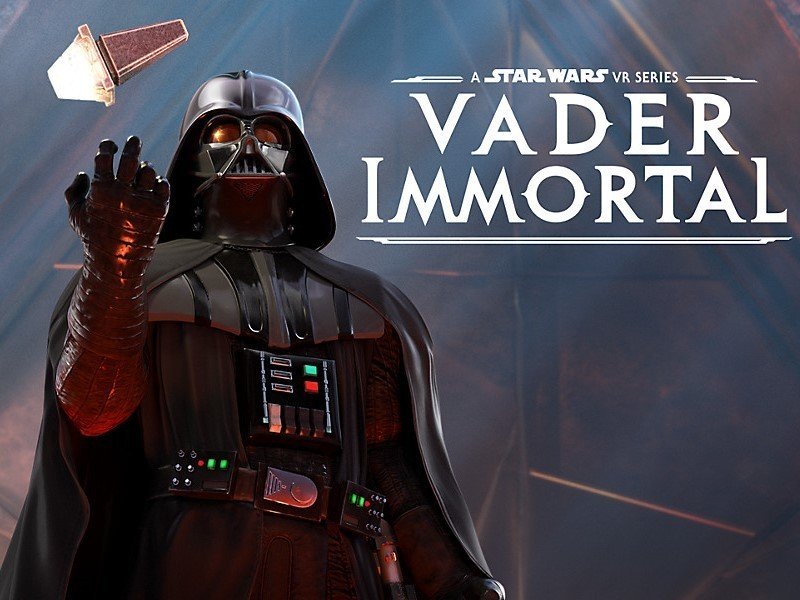 The Vader Immortal trilogy is making its way to the PSVR on August 25, complete with the full original story and all three Lightsaber Dojos. Once an Oculus-exclusive title, Vader Immortal puts players in the shoes of an unknown Force-wielder who finds themselves at the mercy of Darth Vader on the insidious planet of Mustafar. Throughout these three original episodes, you’ll be exploring Vader’s Castle and uncovering secrets of the Sith, honing your Force skills and, of course, taking part in lots of Lightsaber combat.

PS5 VR (PSVR 2): Release date, price, and everything we know so far

Sony’s announcement at today’s State of Play showcase didn’t include a price, but it’s likely it won’t change much from the Oculus store’s pricing. That’s $10 per episode, with each episode packing in under an hour of story and several hours of combat in the Lightsaber Dojo. Each episode adds on new Lightsabers and force abilities, enemies, and plenty of secrets to uncover, so it’s well worth playing through all of them if you’ve got a PSVR and love Star Wars.

Gorgeous visuals, top-notch voice acting, and a great set of stories await in this action-packed trilogy. PS Move controllers will be required since the player will be interacting with the environment, using The Force, and wielding Lightsabers along the way. Check out the trailer below.

Become one with the Force 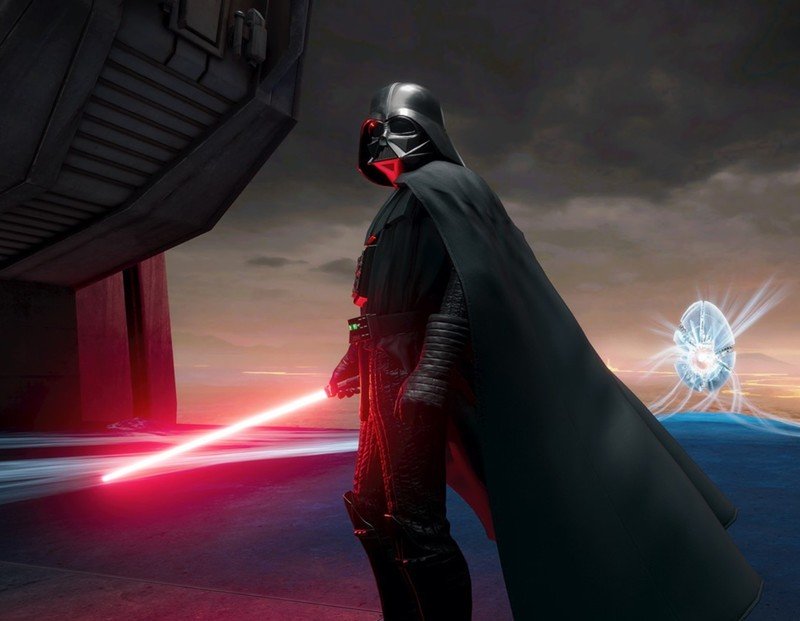 See it at the PlayStation Store

What secrets is Vader hiding?

Ever want to venture into Vader’s Castle? That’s exactly what you’ll do in Vader Immortal, a trilogy of games coming to the PSVR.

It has never been easier to teach yourself something new or to pick up a side hustle. Whether it’s mobile apps, something for the cloud, web development, or something else, we’re in an age where having access to tools and teaching is only a mouse-click away.We’ve got a collection of training designed specifically with the would-be web developer in mind. Called the Ultimate 2021 Web Developer & Designer Super Bundle, it gives you all of the resources and education you need to gain an advantage in an increasingly competitive market. We’re talking nearly 40 hours of instruction spanning some 430+ lessons.Get started on a new career or take your current one to another level with the 14-course bundle from AndroidGuys Deals!What makes web developers so sought after? For starters, they can personally take ownership of every aspect of an app or site, understanding things anywhere in the development process. Moreover, they’ll understand languages that many other people do not and can debug, clean up code, or enhance an existing framework with new capabilities.Are you familiar with CSS, HTML, JavaScript, or other web development fundamentals? Why not resolve to make 2021 the year you change career paths or at least scratch that creative itch?FeaturesWeb Design JavaScript Frontend Code CourseWebsite QA for Web DesignersHTML 101: A Beginner’s Guide to CodingHTML 201: Intermediate level HTMLCSS 101: A Beginner’s Guide to Beautiful WebsitesCSS 201: Intermediate level CSSCSS 301: Responsive Web DesignUnderstanding How Websites WorkWeb Development FundamentalsHTML5 Canvas Element: Quick Introduction to Canvas HTML5HTML5 Canvas: Create 5 Games & 5 ProjectsJavaScript: Create 5 Fun Word GamesJavaScript Math Games: Project for Learning Code from ScratchHow to Get a Job as a Web DeveloperWhere to BuyThe Ultimate 2021 Web Developer & Designer Super Bundle can be yours for pennies on the dollar. Worth close to $2,000 if you were to go out on your own to get this education, you can purchase it for only $35. Hurry, this won’t last forever!Best SellersEarn Credits!For every $25 you spend in the AG Deals Store you get $1 credit added to your account. And, if you refer the deal via social media or an email that results in a purchase, you’ll earn $10 credit in your account.First Time Buying?If this is your first time buying, you are also eligible for 10% discount! Just be sure to subscribe for email updates.Free StuffNot looking to spend any money today? No worries. You can still visit the AndroidGuys section for freebies and pick something anyhow.
Read more

Back a few weeks ago, when the Snapdragon 888 was announced, Qualcomm announced that one of their manufacturer partners was Xiaomi. Leaks came out suggesting that we could see a Xiaomi Mi 11 sporting the new chipset by the end of the year, with Xiaomi themselves saying that the Mi 11 would be one of the first devices to run on the Snapdragon 888, though no date came with that.Now, in a post on Weibo, a Chinese social media platform, co-founder Lei Jun has confirmed that we can expect the Xiaomi Mi 11 to come out on December 28th at 7:30PM.Leaks have been pretty far and few between, though information suggests the device will come in two variants, a standard and a pro, and both will support 55W fast wired charging. In addition to this, the Mi 11 might feature a 120Hz QHD+ display. However, we don’t have to wait long for any of these to be confirmed, with December 28th being less than a week away.
Read more

Earfun might not be a household name, but the company has started to make a buzz with good quality audio accessories for your mobile devices. We’ve had the chance to review several over the last few years and have been more impressed than not. Earfun’s latest offering the Free Pro ANC earbuds are no exception.DesignI’m really taken with the look and feel of the Earfun Free Pro buds. These headphones are sleek, small, and have a great fit. The overall look isn’t anything new with a silicone tip and an earloop to help stabilize the earbud on the inside of the ear.Flanking the outside of each earpiece is the Earfun logo, but it’s not just cosmetic. This area is a capacitive touch surface for you to interact with the Free Pro when needed and we’ll dive into that more further next in this review.Touch controlsAs mentioned the Earfun Free Pro has touch controls for you to manipulate the playback of certain things without pulling out your phone each time. Let’s start with play/pause; this can be accomplished by double-tapping either earbud. The same during an incoming call will answer or end the conversation.Volume can also be controlled by the multifunction button. Touching the right earpiece will increase the volume a level while the left side will decrease. This is a setback that I wish wasn’t there on wireless earbuds but is a symptom of the small form factor that to properly control both volumes you have to be using both earbuds.Voice assistants are also onboard with the Earfun Free Pro. Holding the right earbuds for 2 seconds will activate your favorite mobile AI buddy. This worked well in my testing with consistently prompting Google Assistant on my Pixel 5.Other notable options are surrounding the active noise cancellation and a low latency mode. ANC can be turned on or off with a triple tap of the left earpiece. Low latency increases the overall audio quality from 200ms to 100ms but the manual notes that this will decrease the connection range over Bluetooth. This can be activated with a 2-second tap and hold of the left earbud.AudioThe playback of the Earfun Free Pro is really good, especially considering how compact the earbuds are. The highs and mids come through crisp and clear. This gives you great feedback on vocals and instruments whether it be podcasts or music.The balance with the bass is the big winner for me here. Most active noise-canceling earbuds simply overpunch with bass when listening to music. It’s amped up to the point where it drowns out all the other audio output.Thankfully, Earfun has found a great medium with the Free Pro earbuds. The bass is still impactful without being the dominant element. Earfun nailed it here.Battery life and chargingBattery life in this small form factor is superb as well. The company rates the Free Pro at seven hours without ANC turned on and six hours with ANC activated. I’m happy to report this is spot on.I am consistently seeing at least these ratings and maybe a tad more when the volume isn’t too high. A normal workday minus my lunch hour has been achievable with no issues.When you do have to charge up, the included case can recharge the Earfun Free Pro buds another three times with roughly 32 total hours of charge. Charging takes just under an hour with the case.The battery case also has both my modern must-haves for refueling its cells: USB-C and wireless Qi-charging. Both are on board and work as intended when you need to charge the carrying case. Added note… the case is really slim and fits well in your pocket.Final thoughtsI’ve really enjoyed my time with the Earfun Free Pro earbuds. With the small form factor, travel-ready case, and great audio with active noise cancellation, the company has a real winner in my eyes.Wrap that up in a bow of a $60 price tag and it’s a dream combination. Need even more motivation? There’s a 10% discount on the Amazon page already, but our readers can snag another 10% with the code FREEPRO20.
Read more

Learn the basics of Bitcoin, Forex, and Stocks Trading, just $30

If you haven’t heard, Bitcoin is probably sitting at or near it’s all-time high when you read this. Do you feel like you missed the boat? Do you even know what the “boat” is? If you’re going to get into cryptocurrency, you need to learn the ropes. The same could be said about forex and stocks trading.The Complete Cryptocurrency Professional Trading Bundle, just $30 in the AG Deals Store right now, has the proper guidance you’ll want if you are looking to start investing. Taught by Bozhidar “Bobby B” Bozhidarov, a highly-rated instructor and full-time trader, this six-piece bundle is here to teach you the basics of investing in cryptocurrency, foreign exchanges, and the stock market.Aside from filling you in on the fundamentals of each, you’ll learn how to make good, informed, trading decisions, how to plan, and how to handle the ups and downs and general risks that come with them. All choices are ultimately your, of course, but this six-course bundle could be the first truly wise investment you make.Get Started!This cryptocurrency training is valued at nearly $1,200, but for a limited time, you can get it on sale for only $30. Head to the AG Deals Store to score your copy of the Complete Cryptocurrency Professional Trading Bundle.Best SellersEarn Credits!For every $25 you spend in the AG Deals Store you get $1 credit added to your account. And, if you refer the deal via social media or an email that results in a purchase, you’ll earn $10 credit in your account.First Time Buying?If this is your first time buying, you are also eligible for 10% discount! Just be sure to subscribe for email updates.Free StuffNot looking to spend any money today? No worries. You can still visit the AndroidGuys section for freebies and pick something anyhow.
Read more