Home News The Surface Duo has arrived, and it’s a preview of a new...
News 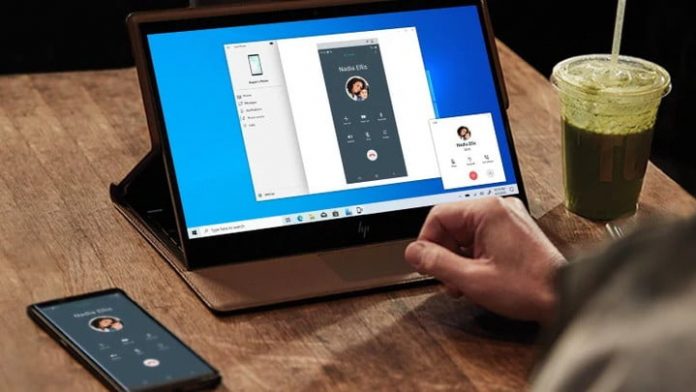 For the average person on the street, Microsoft will always be tied to Windows. Regardless of how diverse the company’s revenue streams are these days, it’s been a hard reputation to shake.

For years now, Microsoft has been attempting to re-create itself and imagining itself as a company that extends far beyond the walls of Windows. The culmination of that work is the dual-screen Surface Duo, a device that feels like a Microsoft product at its core, despite running on Android. For the first time ever, Microsoft has launched a product on a platform that it doesn’t own.

This is a huge deal for Microsoft, full of potential risks and rewards. Regardless of how successful the Surface Duo ends up being, it’s a device that provides a fascinating peek at a possible future of Microsoft.

Building toward the Android future

A company like Microsoft doesn’t just wake up one morning, happy to place the success of its products on a relationship with Google. After all, it wasn’t so long ago that Microsoft was bitterly competing against Google with its own mobile operating system. Microsoft had to learn to play ball the hard way.

With the app gap and ultimate failure of Windows 10 Mobile, Microsoft was eventually forced to pull its resources off Windows Mobile. Because pretending mobile didn’t exist wasn’t an option, the company began pouring resources into Android and iOS instead. Sans a mobile platform of its own, the company was forced to envision a world where people use Microsoft apps and services on competing platforms and non-Microsoft devices that they already likely own, in addition to Windows 10, of course.

In 2017, Microsoft partnered with Samsung, with some of its Android apps (like Office, Outlook, and OneNote) coming preinstalled on a “Microsoft Edition” version of the Samsung Galaxy S8. Then, later, in 2017, Microsoft also rebranded its Android Launcher from Arrow Launcher to Microsoft Launcher. As time then went on, this rebranded app came with features also seen on Windows, to help Android users sync up between phone and PC. That includes access to Sticky Notes, Cortana, To Do, Outlook, and even the Windows 10 Timeline.

And the list goes on, with Microsoft boasting a total of 90 apps listed in the Google Play Store. As Microsoft intended, the apps and services you use on your PC are now all on Android. Yes, Microsoft would rather have you use these apps on a Windows PC, but it now has all of those tools readily available on Android.

The future of Windows is at stake too

Investing in Android was always about more than just meeting users where they already were. It was also a way of keeping Windows 10 relevant.

Microsoft launched the Your Phone app in 2018, allowing you to connect your Android phone to your Windows PC in a new way. At first, features were limited to looking at photos and sending SMS texts. But Microsoft continues to build out the connection between Windows and Android. As early as this month, Microsoft and Samsung announced a partnership that allowed Galaxy phones to completely mirror its screen on your PC, including taking phone calls.

It’s no coincidence that this same functionality is coming to the Surface Duo. Thanks to its investment in Android, Microsoft has a richer ecosystem between Surface devices than it ever had when it owned its own mobile operating system. A bridge is being established between these two platforms that could end up transforming both in a way that’s really good for us.

A new era has begun

So yes, the Surface Duo feels like the apex of Microsoft’s work untangling itself from Windows. But if it goes well, it may only be the beginning.

Could we someday see an even deeper connection between Android phones and Windows PCs? What about a Surface tablet running Android or an implementation of Android apps into the upcoming Windows 10X? A new ecosystem could be forming that could pose a more serious threat to the walled garden Apple has created with its products.

The way the iPhone, iPad, and Mac all work together still has an edge over what both Google and Microsoft can offer individually. They have a long way to go, but the Surface Duo shows that Microsoft is willing to put some serious stakes on the table to make it happen.

Most importantly, the Surface Duo is a platform-agnostic commitment from Microsoft. If Microsoft continues down this path, they could be a radically different company in the future.

A few months after the other versions arrive.What you need to knowYakuza: Like a Dragon is the next mainline game
Read more

No matter if you're hitting up the gym, going for a three-mile run, or are out on a bike ride,
Read more

After months of delays and being pushed back, Amazon's Prime Day 2020 is almost here! It was just announced that
Read more