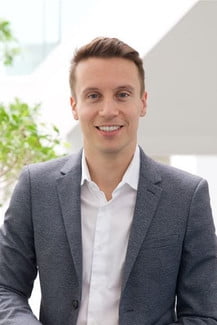 “People are investing a lot in their phones, and that investment needs to be future-proofed,” Paul Scott, Samsung U.K.’s head of product management, told me during an interview ahead of the Galaxy Note 20’s launch at Galaxy Unpacked.

That’s very welcome news to anyone considering the new flagship phone, as the top-spec Galaxy Note 20 Ultra costs upward of $1,299.

Here’s how Samsung is making its top models more capable and longer-lasting than ever before in response to our continued thirst for expensive smartphones, and how this fits in with its commitment to 5G, along with its decision to drop the Plus name from the Note series.

Move over Plus, here comes the Ultra

The Note has always been Samsung’s most powerful phone, but the new Note 20 Ultra goes beyond any version we’ve seen before, reflecting the company’s commitment to making sure the $1,299-plus phone lasts you several years.

“We made sure we’re loyal to our Note users and the features are the best out there,” Scott said. “The [research and development] team always pulls out all the stops with every Note launch. We are focusing on a larger display this year for both devices, 6.7-inch and 6.9-inch. People want a large display to use the S Pen on, and the larger the better. The big step forward is the 120Hz dynamic display, and improving the S Pen’s performance with a 9ms response time for a more pen-to-paper experience, It’s better than you’ve ever had before with an S Pen.”

“The Note was always famous for having a large display, so there was no need to call the Note 20 the Plus.”

“There’s a big divide between the two.” Scott explained. “If you want the Note experience, the S Pen, a good camera, as well as a large display, there’s the Note 20. For the Note loyalists that want the true power phone that gives them everything they need and more, there’s the Note 20 Ultra.”

Samsung introduced the Ultra name on the Galaxy S20 Ultra, the biggest and the best of the S Series. But how does it fit in with the Note, a range of phones that are already known for being big and powerful?

“What we’ve seen is the premium market growing. [Samsung defines premium as devices that cost $1,100 or more.] People want an ‘Ultra’ style phone that does more. The Note was always famous for having a large display, so there was no need to call the Note 20 the Plus, so the 6.7-inch phone just became the Note 20. What we had to do was show the step up, as there’s quite a change between the Note 20 to Note 20 Ultra, from the camera to the display. For that device, it had to be the Ultra.”

It appears the Ultra name is going to be reserved for the absolute best in Samsung’s flagship ranges, helping those who want to spend more understand which model provides the highest specs and the most ability. Does this mean the Plus name will disappear forever? Scott told me that it still has a place when there’s a small difference in specification, such as between the S20 and S20 Plus, but added: “Where there is a separation of more than just screen size, more feature and capabilities, that’s where Ultra comes in. It gives clarity. People see the Ultra range and think this is going to give me the power to do more than any other range out there.”

5G and preparing for the future

It’s clear from the specifications that the Galaxy Note 20 Ultra is one of the most powerful — and likely one of the most capable and versatile — smartphones we’ll see released this year. But that’s what you’d expect for the price, and you’d also expect it to last. Outside of the general specs, Scott told me why Samsung is pushing 5G as a key part of future-proofing the new phone.

“We were one of the first to lead the way in 5G. It was a big step forward for the Note and for the S20, and for us to introduce it on the A series. It’s about choice and about being consistent. [5G is] one of our core pillars, and people want a device they can use for 24 months confident they can connect quickly to the network. People are investing a lot in their phones. That investment needs to be future-proofed.”

It’s easy to hear this and think it’s marketing speak from a company heavily invested in 5G, and while that’s likely true to a certain extent, Scott said the focus on 5G is being driven by how people are buying phones now, even during the coronavirus pandemic when people are not moving around as much as they were last year.

“[We are] learning and listening to how people are using their devices. People are choosing a 5G device. Between the Galaxy S20 4G and Galaxy S20 5G, it’s the 5G device people chose,” he revealed.

Without going into specifics on numbers, Scott said the difference between the 4G and 5G Galaxy S20 sales numbers was, “considerable,” adding that it was the same for the Galaxy Note 10, where the Plus model was more popular than the standard version, but the 5G Plus was even more popular. Armed with this information, it’s obvious why Samsung went all-out to produce the larger, more technically impressive Note 20 Ultra this year.

“We believe it will the same [for the Galaxy Note 20]. We see 5G outselling 4G,” Scott predicted confidently.

The midrange A Series 5G phones haven’t taken off in quite the same way just yet, which isn’t that surprising given the target audience. However, Scott said interest in these devices is growing.

“Over the next six to 12 months, we will see that area grow,” he said, referring to low-cost 5G smartphones like the Galaxy A71. “It’s a trend that will continue and we want to make sure we’re at the front of it.”

As we neared the end of our conversation, the topic of UWB, or Ultra Wideband, came up. A high-frequency, low-power connection allows a phone to understand its surroundings better, and to accurately place both itself and other UWB devices in it. It’s part of the Galaxy Note 20 Ultra’s formidable spec sheet, but it’s a little-understood feature, at least for now.

“It’s a nice gift from the R&D team,” Scott smiled after I asked him to explain how it came to be included. “It’s something we’ll see more and more,” he enthused, adding thaty it will be useful for quickly, safely, and securely sharing large documents, as well for communicating with smart homes and even cars. “As weeks and months goes by, we will see a lot more user cases,” he continued, “It’s one of those technologies that will grow quickly.”

Samsung joins Apple in including UWB tech in its phones — the iPhone 11 was first to introduce the tech last year — and while the use cases are still being explored, companies like Kinexon are using the system to help people maintain social distancing rules, suggesting another way it may become more prevalent in the near future. We know how 5G will future-proof our phones, but the inclusion of tech like UWB shows how Samsung is planning for the future elsewhere in the phone too.

The Galaxy Note 20 Ultra is the pinnacle of Samsung’s mobile expertise, and from the camera and the screen to 5G and UWB, it has practically everything the smartphone power-fiend could want today — and over the next two years or so as well. Yes, it’s a significant investment, but one that many people are apparently happy to make, and Samsung is doing its best to ensure they won’t regret it just a few months later.

The Galaxy Note 20 and Note 20 Ultra will be released on August 21.