Samsung Galaxy Note 20 vs. iPhone 11 Pro: A Galaxy of competition 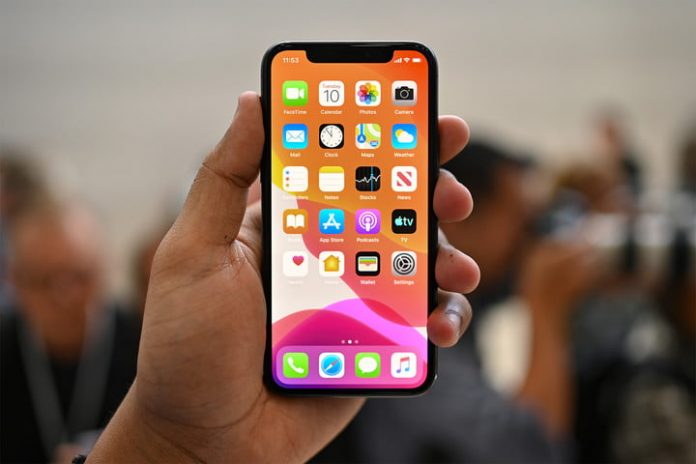 Samsung has revealed the Galaxy Note 20, the latest in its line of luxury smartphones aimed at the more professional user. The device is as good as you’d expect a premium mobile from Samsung to be, featuring a big 6.7-inch AMOLED touchscreen, a 64-megapixel main camera lens, a powerful Snapdragon 865 Plus processor, and the ever-dependable S Pen. It does have plenty of competition though, with the iPhone 11 Pro being perhaps its most notable rival.

As with the Note 20, the iPhone 11 Pro boasts a range of specs and features that make it attractive to users who mix work and play. However, which “pro” phone is the best? We take a look at each smartphone more closely, sizing them up in terms of how they look and perform. This should help you decide which is the right phone for you.

They may be aimed at similar market segments, but the Samsung Galaxy Note 20 and iPhone 11 Pro have noticeably different designs. The Note 20 retains the angular, squarish dimensions of its predecessors (unlike the Note 20 Ultra), while the iPhone 11 Pro sticks with the curved edges and divisive notch of the iPhone XS and X. Many people may prefer the more refined look of the 11 Pro, while others may be charmed by the Note 20’s pointier outlines. The difference here is largely subjective, but what isn’t so subjective is comfort, and in this respect the 11 Pro is more pleasing. It’s a smaller and less heavy phone, making it noticeably easier to handle than the Samsung model.

Both smartphones have an IP68 rating, indicating that they can survive submersion in water for up to 30 minutes without damage. This isn’t enough to counterbalance the iPhone 11 Pro’s sleeker design and sharper display, however, so this round is a slim victory for Apple’s phone.

Despite coming with an entirely different processor, the Galaxy Note 20 and iPhone 11 Pro are evenly matched in terms of performance. The 11 Pro comes with Apple’s A13 Bionic chip, while the Note 20 comes with the Qualcomm Snapdragon 865 Plus in the U.S. (the rest of the world has to make do with Samsung’s own Exynos 990). Benchmarking tests performed between the 11 Pro and the Samsung Galaxy S20 — which used the earlier Snapdragon 865 — indicate a slight advantage for the Apple smartphone. However, given that the Note 20 features the updated 865 Plus, it’s safe to assume that both devices are roughly just as capable as each other.

The picture is complicated further by RAM. The iPhone 11 Pro houses only 4GB of RAM, while the Note 20 uses 8GB. This might look bad for Apple’s phone, yet Android and iOS handle memory management differently. As such, we’ll have to assume that both devices are more or less as fast as each other, at least until we fully review the Note 20. One thing that is clearer is that the Note 20 provides more internal memory, equipped with 256GB as standard, while the 11 Pro’s default storage is only 64GB.

The Note 20 also sports a bigger battery. At 4,300mAh, it offers 1,254mAh extra capacity than the iPhone 11 Pro, which is basically equivalent to having a free battery case at your disposal. We don’t know how much time exactly this will give you, but it will likely provide you with at least a few extra hours, even with the Note 20’s larger screen. The Samsung phone also has the minor advantage of offering faster fast charging, at 25W compared to 18W.

This difference in battery performance might be enough to tip the scales in the Note 20’s favor, even if both phones are likely to handle apps and games just as well.

The iPhone 11 Pro provides three rear camera lenses, all rated at 12MP. This doesn’t sound like much now that companies are releasing mobiles with 108MP rear wide-angle lenses, but Apple’s image-processing software ensures that the phone makes the fullest possible use of every last pixel. Its Portait Mode is great, as is its Night Mode, with the device allowing even novice photographers to take nice pics in pretty much any setting.

The Note 20’s camera is almost identical to the 11 Pro’s in terms of specs, except for one key difference. It combines a regular 12MP lens with a large 64MP telephoto lens and an ultrawide 12MP lens. The bigger telephoto camera means that it supports 3x hybrid optical zoom, something that may help you capture better photos at a distance. However, without thorough road-testing, we won’t know how much of an improvement this offers over the Note 10’s performance, which was already good in terms of its telephoto action.

In terms of video, the Note 10 also has the better specs. It can shoot 8K video at 24 fps, while the best the iPhone 11 Pro can manage is 4K at 60 fps. This isn’t a massive gulf, but anyone who wants the highest definition video may prefer Samsung’s device.

This is another close round, and without having yet reviewed the Note 20, we have to call a provisional tie.

The Samsung Galaxy Note 20 runs Android 10 with Samsung’s One UI 2.0 layered over it. It’s predictably one of the best Android skins out there, with a smooth interface that makes (one-handed) navigation simpler than it might otherwise have been, particularly on such a large phone. The iPhone 11 Pro runs on iOS 13 (soon to be iOS 14), which is also very user-friendly and easy to learn. It’s hard to say which one is best, with most users likely to be swayed simply by the OS they’re most familiar with.

It’s easier to separate the two phones when it comes to updates. Apple deploys updates frequently, with your iPhone 11 Pro guaranteed to have immediate access to the latest updates. As for Samsung, its track record with Android updates is fairly patchy, although it has been a little quicker in providing new versions in recent years. Still, you’re likely to be better supported with an iPhone, so we’re giving this round to the 11 Pro.

The Note series has been marketed as a smartphone that can effectively double as a handheld work computer. The Note 20 continues this tradition, coming with Samsung’s S Pen stylus, which makes it easier to use various productivity apps. It adds the ability to use and control its apps on a linked Windows 10 PC, via improved Windows integrations. There’s also compatibility with Samsung DeX, which lets you use it in desktop mode by plugging it into a monitor, either with a wire or without.

The iPhone 11 Pro doesn’t offer anything like this. That said, its Face ID system remains the most secure way of unlocking a smartphone and making purchases online currently available. It also offers a number of other nice little Apple-only extras, such as Memojis, which let you create an avatar in your own image and use it in messages.

Moving to 5G, only the Samsung Note 20 supports 5G connectivity. So far, 5G isn’t especially prevalent, but it’s likely to make significant inroads over the next couple of years. This makes the Note 20 a touch more future-proof than the iPhone 11 Pro, so this round is another win for Samsung’s device.

Regardless of whether you prefer the iPhone 11 Pro or the Samsung Galaxy Note 20, both phones start from $1,000, are supported by all major carriers, and are available from most major retailers. However, if you want your iPhone 11 Pro’s internal storage to match the Note 20’s 256GB, you will have to pay $1,149.

While both phones are highly recommended in their own respects, this head-to-head is a narrow victory for the Samsung Galaxy Note 20. It may not look quite as pretty and its screen isn’t as vivid as you might expect, but it either holds its own or beats the Apple iPhone 11 Pro in most other areas. Its performance is likely just as fast and it has a much bigger battery, better camera specs, and more notable special features. We will need to review it before giving this verdict with the fullest confidence, but so far it does seem like it’s a tad better than its Apple counterpart.

In-between league fixtures, the round of 16 in the Carabao Cup takes place this week with a number of top
Read more

The new Google Chromecast can also stream your Xbox games

It's not totally surprising, but the newest Google product for your TV can also stream Xbox games.What you need to
Read more