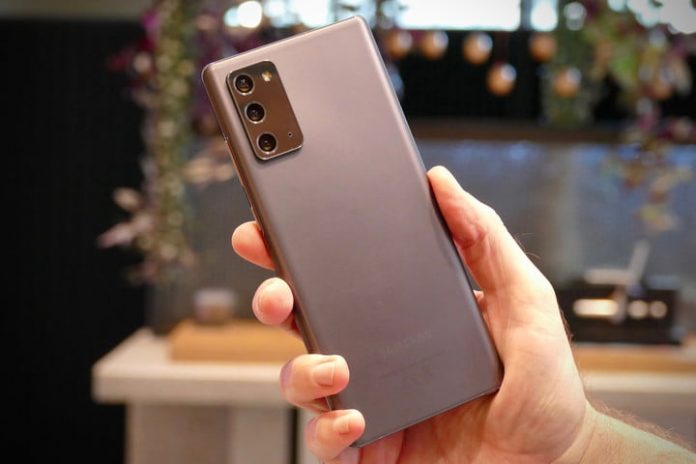 Deciding between the S-range and Note-range of Samsung Galaxy devices has always been a struggle for users looking to upgrade. If you’re one of them, you’re most likely facing that dilemma right now with the just-launched Samsung Galaxy Note 20. An improved S Pen, a new camera, and 5G capability are only a few headlining features that make the device worth considering.

So, how does it fare against the Samsung Galaxy S20? We dig into the good, the bad, and the ugly of the two flagships so you can make your next upgrade the right one.

The first question you should ask yourself when deciding among the two is whether you want an S Pen or not. It’s the most distinguishable feature between the S-line and Note-line and usually tips consumers one way or the other.

Then, consider your ideal size. The Note 20 is boxier with its 6.7-inch AMOLED display, compared to the smaller and curvier 6.2-inch display of the S20. If you’re in search of a more compact and light (5.74 ounces) phone, then the S20 is a no-brainer. But if you see yourself using the S Pen — whether it’s for jotting down notes or doodling — the larger and flat panel of the Note 20 will come in handy. Lastly, the S20 is built with an all-glass body, which gives it a more premium and flashy aesthetic than the plastic material of the Note 20.

Both devices are IP68 certified for water and dust resistance, so they can be submerged up to 1.5 meters underwater for up to 30 minutes. The hardware differences between the two are sound when you think about the value proposition of the phones. However, at the same price, the Samsung Galaxy S20 gives provides a more high-end and comfortable figure, which makes all the difference.

Being a few months newer, the Note 20 has a more updated processor with the Snapdragon 865 Plus, compared to the Snapdragon 865 on the S20. The difference in performance, however, is hard to notice. Both phones will power you through the usual apps and games and even handle some more daunting tasks like 4K video editing. The S20 makes up for the slightly older chipset with more RAM (12GB versus 8GB) and Micro SD card support up to 1TB. It also has a 120Hz refresh rate display, giving you the impression of a more smooth and snappy mobile experience.

We’re happy to report excellent battery life on both the Note 20 and S20. With a 4,300mAh and 4,000mAh cell, respectively, the two devices will comfortably last you a day — sometimes more with light to moderate use. When you need to top off the phones, both support 25W fast charging and 15W wireless charging.

The Note 20 edges out the S20 with the latest Snapdragon processor, but even though the S20 has more RAM and storage flexibility, 256GB is still a lot of storage, and 8GB is plenty of RAM for most people. The Note pulls just ahead of the S20 here.

Comparing the two cameras is like comparing apples to apples. Both phones use the same lens, sensors, and image processing software, so the differences are subtle. The Note 20 and S20 are equipped with a 12MP main sensor, a 64MP telephoto lens, and a 12MP ultrawide lens. You can expect vibrant and sharp images from the cameras, and the extra lenses provide you with added flexibility. There is one advantage with the Note 20: The S Pen adaptation. With the magic of a wireless stylus, you can snap pictures and videos from further distances, thanks to its remote control feature.

You can’t go wrong with either camera, but if you want all the features and goodies that $1,000 can get, the Note 20 packs more bang for your buck.

The software experience of the two is pretty much identical. You get the best of Android 10 under Samsung’s One UI skin. Its version of Android is catered to taller phones like the Note 20 and S20, which you’ll appreciate as you navigate. It’s not the cleanest user interface — the typical Samsung add-ons still exist —  but it’s highly customizable and full of hidden gems. Simply pull out the S Pen on the Note 20 and you’ll be greeted with a slew of Note features like AR Doodle, Live Messages, and Live Translate.

S-series and Note-series users will be delighted to hear that as of today, Samsung is committing to at least three generations’s worth of updates and security patches for its devices, dating back to the Galaxy S10. That commitment is very promising and hard to find from a company not named Apple or Google.

The consensus regarding software and updates is fairly mutual. The Note 20 is a beast of a phone, but if you could do without the S Pen, the S20 is just as good.

The biggest special feature separating any Note-series and S-series device is the S Pen. The one found on the Note 20 has been improved with a shorter latency of 26 milliseconds, and interacting with the phone is incomparable. You can use it to take pictures, control slideshows, and, at its most basic level, draw. It’s also worth mentioning that the Note 20 is the first of its kind to sport a matte finish — a feature many Note users have been longing for.

Lacking an S Pen doesn’t mean the S20 has a shortage of its own special features. For starters, the device has a 120Hz refresh rate display, doubling that of the Note 20. It also supports 5G connectivity, like the Note. The base storage of the phone is only 128GB, but you have the ability to add up to 1TB of memory thanks to the Micro SD card slot that doubles as a dual-sim tray. The added storage will be helpful if you decide to shoot 8K videos.

It’s pretty apparent that both phones bring a list of unique features that will enhance your Galaxy experience. They’re both winners in this round, but the Note 20’s S Pen means it simply has more special features, and they’re actually useful to boot.

The Samsung Galaxy Note 20 will be available on August 21, starting at $999 (850 British pounds). Likewise, the Samsung Galaxy S20 will run you the same price but is available to buy right now via Samsung or any major carrier store.

It was close, but the Samsung Galaxy Note 20 is the winner, and here’s why: It’s more powerful, has a more capable camera, and comes with the ultimate productivity tool — the S Pen.

That’s not to say the Samsung Galaxy S20 is a bad choice, though. It has a noticeably smoother 120Hz refresh rate display, a design that’s comfortable to hold, and a glass body that screams “premium!” Also, unlike the Note 20, which omits a lot of the features found on the Note 20 Ultra, the only major difference between the S20 and its larger variant is the size, so you know you’re not getting a downgraded version.

The Note 20 is a great option for those coming from an older Note device or who simply want to give the S Pen a try. It’s not the flashiest or most feature-rich phone on the market, but it’s still an extremely powerful and capable flagship phone, offering everything we love about the Galaxy lineup. (If you’re considering alternatives, last year’s Samsung Galaxy Note 10 Plus was our pick for best Android flagship.) Between the Note 20 and Galaxy S20, we’re crowning the former in this matchup.

What are iOS 14’s App Clips and how do you use them?

App Clips are another new iOS 14 feature, enabling you to download snippets of apps without overloading your iPhone. Here's how to find, use and delete them
Read more

Many people spend hours of their day gaming, whether it's playing Fifa on a games console or playing Fornite on
Read more