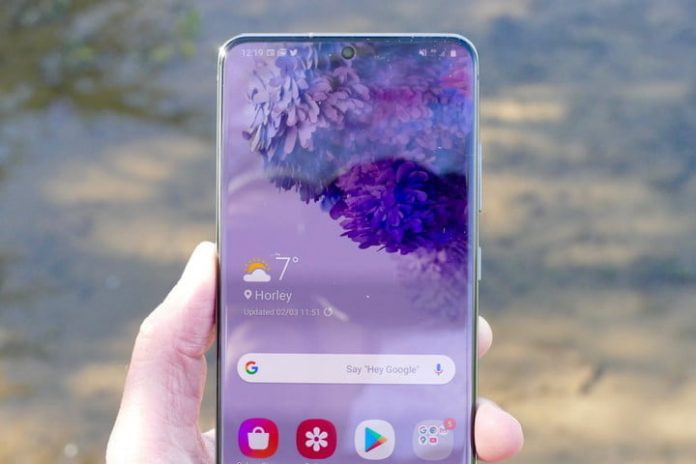 Following the March release of the Galaxy S20 Ultra, Samsung has announced the Samsung Galaxy Note 20 Ultra, the bigger sibling of the also just-announced Note 20. Both of these new phones succeed last year’s Note 10, which was our favorite Android phone of 2019.

The Note 20 Ultra certainly has much to live up to, and so far, it does seem like its specs match the hype. It improves on the Galaxy Note 10 (and the Note 10 Plus) in pretty much every department, featuring a higher resolution display, a more powerful processor, a more capable camera system, and a bigger battery. But how does it compare to the Galaxy S20 Ultra?

To help you decide which is the Samsung Ultra for you, we compare the two devices across six core categories. By taking a closer look at these two amazing devices, you should be able to work out which is more to your taste.

The Galaxy S20 Ultra and Note 20 Ultra are both beautiful smartphones but in different ways. Both feature a large 6.9-inch AMOLED edge-to-edge display with barely any bezel. That said, the S20 Ultra sports a more curved design, with rounded corners and edges. By contrast, the Note 20 Ultra retains the slightly sharper, more angular body that has come to define the Note series.

Which aesthetic approach is better really depends on your own personal taste. Needless to say, the displays of both phones are stunning, with a 3,200 x 1,440 resolution that clocks in at around 511 ppi. This provides some of the clearest visuals and video you can possibly watch on any smartphone, and both are enhanced further by a smooth 120Hz refresh rate.

Both phones are also very large, although the S20 Ultra is a touch taller, wider, and thicker. It’s also about half an ounce heavier, which can make holding it somewhat awkward. That’s not to say that the Note 20 Ultra lends itself easily to one-handed operation, just that it’s a bit smaller and lighter.

The S20 Ultra and Note 20 Ultra are both IP68 certified, making them resistant to dust and to immersion in shallow water for up to 30 minutes. Considering the barely noticeable differences in design, this means the opening round is a tie.

Both phones provide very similar performance, but the Note 20 Ultra has the distinction of running off a newer processor. It ships with the Snapdragon 865 Plus in the United States and comes with the Exynos 990 elsewhere in the world. The S20 Ultra runs on the earlier 865, which won’t make a massive difference in practice but could mean that the Note 20 Ultra handles certain workloads a little more effortlessly than the S20 Ultra.

Other than that, both smartphones pack 12GB of RAM, although the S20 Ultra line offers a model with 16GB, so any computing difference may be canceled out by buying the S20 with extra RAM. The Note 20 Ultra provides 256GB of internal storage standard and can be bought in a 512GB version, while the S20 Ultra is divided among 128GB, 256GB, and 512GB models.

When it comes to the battery, it’s the S20 Ultra that has the advantage. It’s furnished with a hefty 5,000mAh battery, while the Note 20 Ultra is powered by a 4,500mAh cell. We haven’t had the chance to fully test the Note 20 Ultra yet, so we’re not sure if this 500mAh difference will result in a big difference in daily lifespan. But the fact that 4,500mAh is very big will likely mean the Note 20 Ultra will keep you going for at least a day before needing a recharge. It supports 25W fast charging, and the S20 Ultra goes up to 45W, so it won’t take long to bring either back to life. Both phones also offer 15W wireless charging.

Assuming that there is a noticeable difference in battery life, we’re going to give a narrow victory to the S20 Ultra. The option to buy it with 16GB of RAM may also mean that it runs a tad faster than the Note 20 Ultra, so it may be the superior smartphone performance-wise for those who can afford to upgrade.

The Note 20 Ultra certainly bests the Note 20 in the camera stakes. It comes with a 108MP main camera lens, while the standard Note 20 offers only a 12MP version. The thing is, its main wide lens is matched by S20 Ultra’s, which also boasts the same 108MP.

In reality, we can’t be entirely sure that this will result in a big gap in photo quality. As we noted in our S20 Ultra review, the 100 times zoom is more of a gimmick than anything else, since shots become grainy when taken at maximum capacity. A 50 times zoom should be more than enough, so few people — if any — will really miss the ability to take a photo of a pixellated tree from a mile away.

That said, the 100 times zoom capability generally means that shots taken at, say, 10 times zoom retain more detail than similar shots taken with other phones. This could be something the Note 20 Ultra misses, with its smaller telephoto lens resulting in lower quality shots when taken at moderate zoom levels, at least in comparison to the S20 Ultra. As for video recording, both enable shooting video at 8K resolution and at a rate of 24 fps, so they can both be relied upon to capture some impressive film footage when need be.

This similarity aside, this round is a slim victory for the S20 Ultra, due to its more powerful telephoto lens. However, this may change after we’ve had the chance to properly review the Note 20 Ultra.

The Galaxy S20 Ultra and the Note 20 Ultra both run on Samsung’s One UI 2 OS, layered over Android 10. Given the large dimensions of both devices, operating on OneUI 2 allows for a more intuitive user experience, with larger apps and icons enabling easier navigation.

The two phones are also likely to receive updates at similar times. With both being Samsung devices, users may have to wait longer than, say, Google Pixel owners for core updates. That said, Samsung was quick in rolling out updates to improve the S20 Ultra’s camera.

The Galaxy Note 20 Ultra and the Galaxy S20 Ultra are both 5G phones, and the S20 Ultra supports all major 5G bands. The Note 20 Ultra is also 5G-compatible, and according to its FCC certification, it will also support mmWave 5G, the fastest band.

The Note 20 Ultra naturally comes with a stylus. The Note series has long been marketed as a smartphone for the more professional or creative user, with the stylus providing support for a wider range of applications. If you use your phone for work or for projects, the stylus makes a significant difference, providing greater ease and accuracy than available with a finger.

Other than that, reports have suggested that the Note 20 Ultra will be built for streaming Xbox games, a first among smartphones. Combined with its greater suitability for work, we’re giving this round to the Note 20 Ultra.

The Samsung Galaxy S20 Ultra starts at $1,400, while the 512GB model is $1,600. It’s available from all major carriers and from such retailers as Amazon, Best Buy, and Walmart.

Prices for the Samsung Galaxy Note 20 Ultra start at $1,299. While the list of carriers and retailers haven’t been confirmed, it’s almost certain to be supported by all major carriers and sold by most major online retailers.

There’s barely any major difference between the two smartphones, but the Samsung Galaxy S20 Ultra is the overall winner here. Thanks to its longer battery life, its option to upgrade to 16GB of RAM, and its slightly more powerful telephoto camera lens, it just about pips the Note 20 Ultra.

That’s not to say that the Samsung Galaxy Note 20 Ultra is a markedly inferior phone. It isn’t, with its work-friendliness and gaming compatibility likely to win over many customers. Still, so far, it seems like the S20 Ultra remains the ultra phone of choice.

Facebook
Twitter
Pinterest
WhatsApp
Previous articleThese Xiaomi, Redmi, and POCO phones are getting the Android 11 update
Next articleSkip the Samsung Galaxy Note 20 and wait for next year’s milestone model