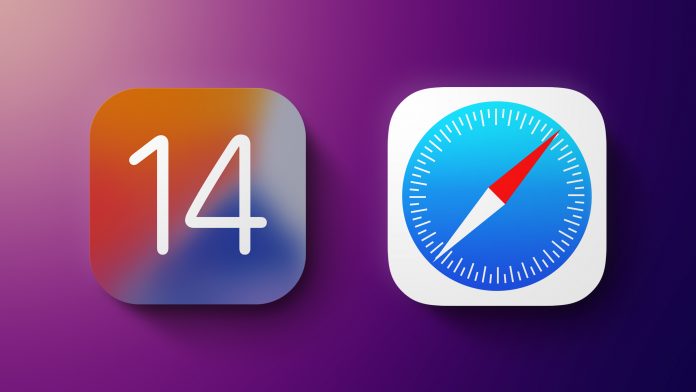 Apple introduces improvements for almost all of the built-in apps with each new iteration of iOS, and iOS 14 is no exception. For Safari, Apple has added some useful new features like built-in translation and a Privacy Report that provides a rundown on all of the trackers that Safari is blocking.

This guide includes all of the new features and tweaks you’ll find in Safari 14 for iPhone and iPad.

According to Apple, Safari in ‌iOS 14‌ features a “blazing-fast JavaScript engine” that makes Safari up to 2x faster than Chrome on Android.

Safari in ‌iOS 14‌ has a built-in translation option that can be used to translate websites to English, Spanish, Chinese, French, German, Russian, or Brazilian Portuguese, which goes along with the new Translate app that Apple added in the update. Translating a webpage is as simple as visiting a webpage in a supported language and then tapping on the “aA” icon in the menu bar to bring up the translate option. Tap translate and the webpage will be automatically translated into the language that your phone is set to.

Additional languages to translate to can be added in the Settings app of the ‌iPhone‌, as outlined in the how to below.

Safari in ‌iOS 14‌ is able to monitor saved passwords, watching for passwords that have been involved in a data breach. 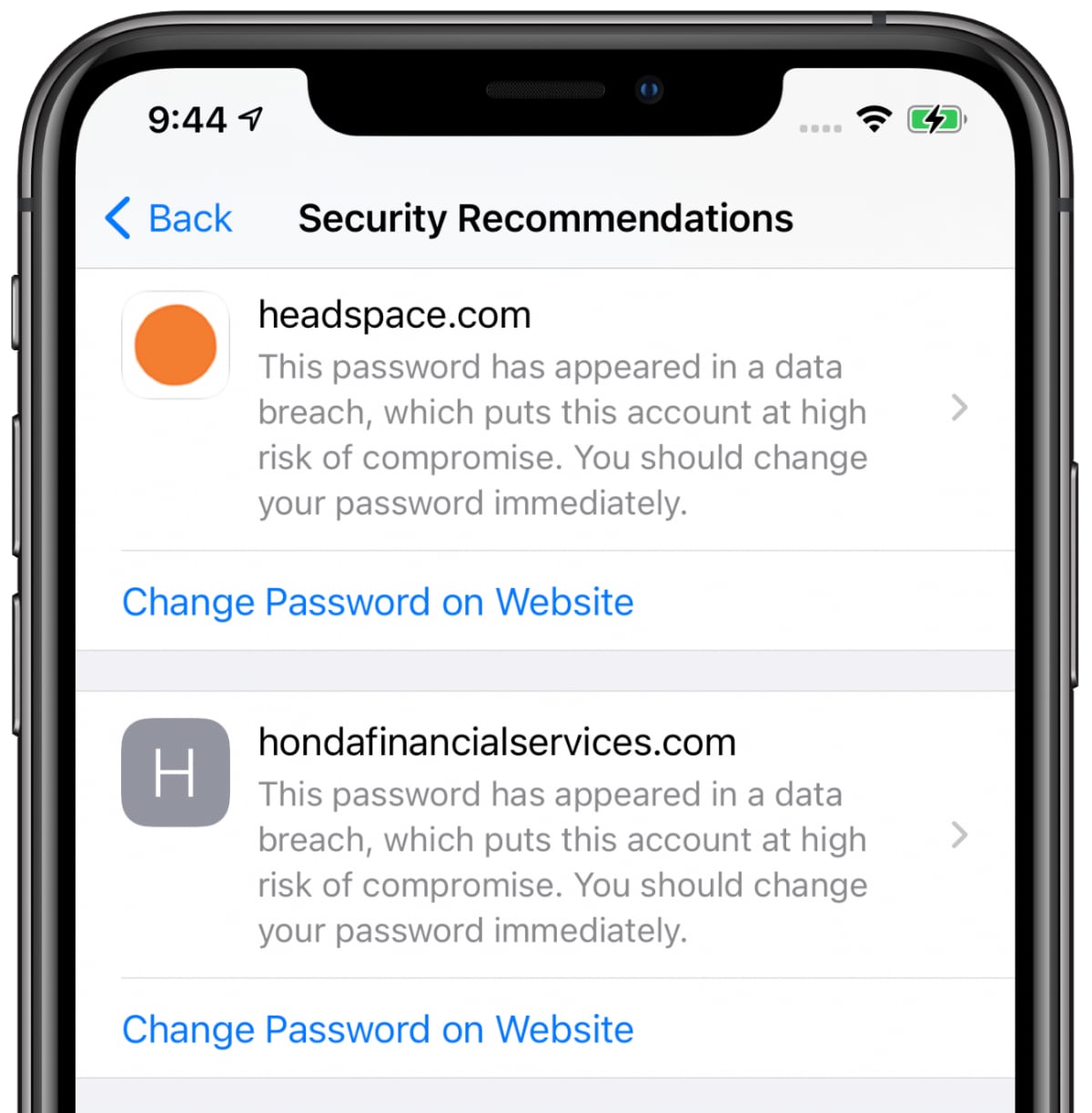 To enable this feature, Safari uses cryptographic techniques to regularly check derivations of your passwords against a list of breached passwords in what Apple promises is a secure and private way. If a breach is discovered, Safari will let you know and will provide prompts for upgrading to Sign in with Apple if possible or automatically generating a new secure password.

You can see potential problems under the “Security Recommendations” heading in the Passwords section of the Settings app.

Safari in ‌iOS 14‌ (and macOS Big Sur) adds a Privacy Report feature that expands on Apple’s Intelligent Tracking Prevention functionality. For the last several years, Apple has been working to prevent cross-site tracking, a feature that websites use to track your internet usage as you browse different sites for ad targeting, analytics, and more. 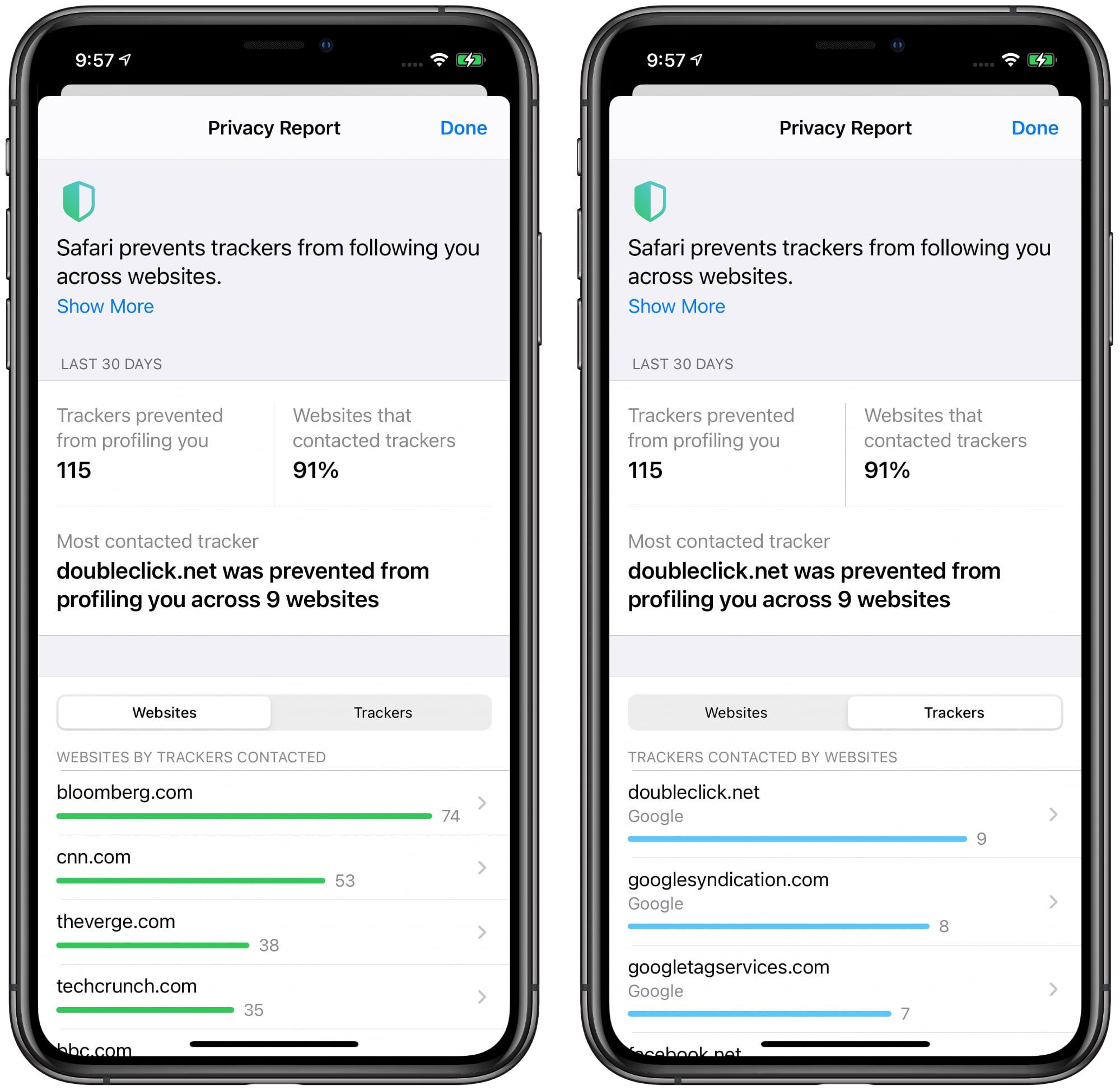 Intelligent Tracking Prevention is Apple’s description for its set of tools that block cross-site trackers in Safari, and in ‌iOS 14‌, Apple lists which sites are using trackers, how many trackers those sites have installed, and the most prevalent trackers you encounter while browsing the web.

Any website that uses ads for monetization or an ad network for that same purpose will have these trackers on it, as will any site that uses analytics services like Google Analytics for collecting data on user behavior for site and content improvements.

You can get to the Privacy Report section in Safari by tapping on the icon that’s two As next to each other and choosing the “Privacy Report” option. Note that you must have cross-site tracking prevention enabled for Privacy Report to work, and Privacy Report will prompt you to enable the feature if it’s not turned on already. 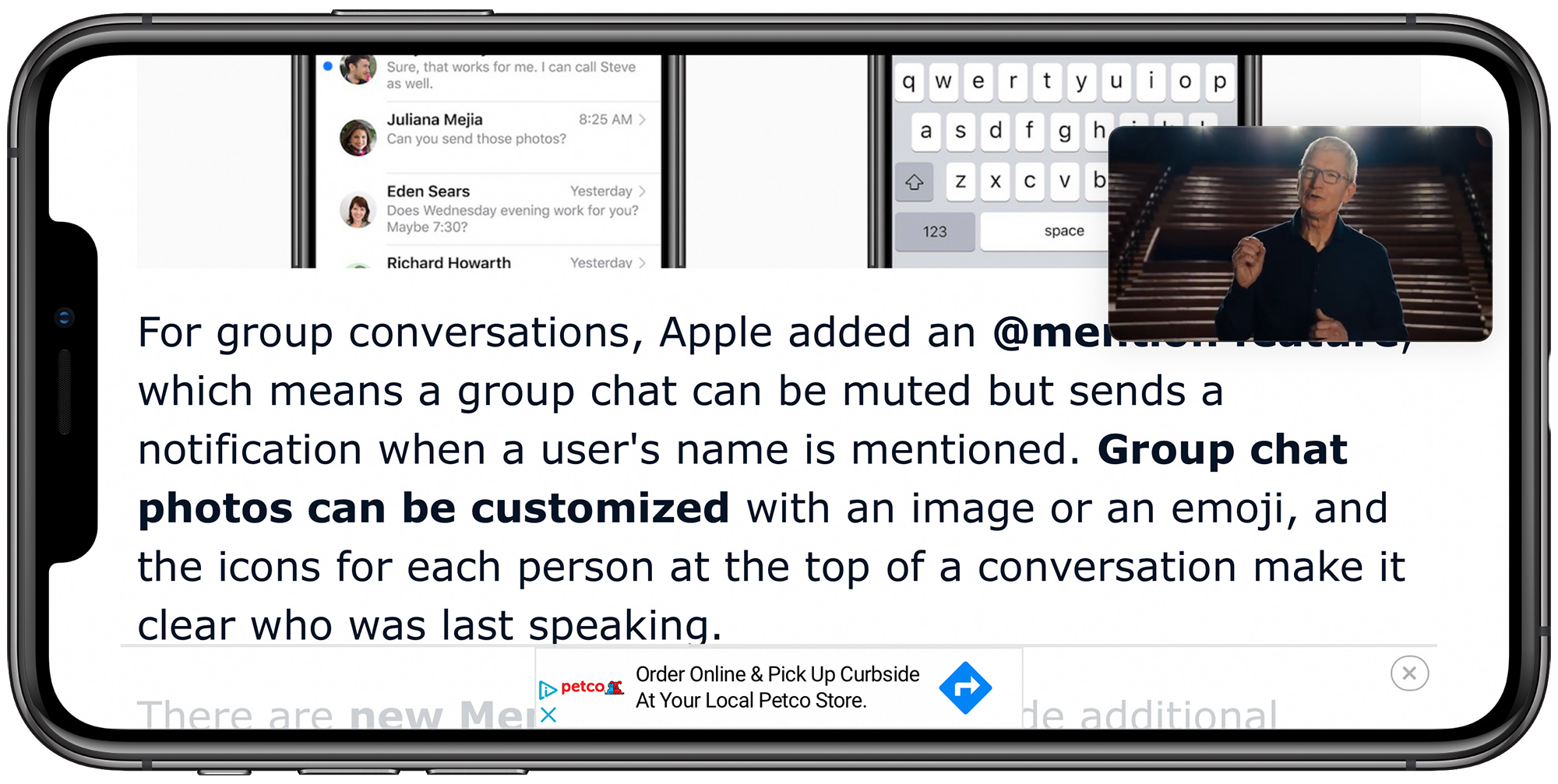 If you type a URL like MacRumors.com in the pull down search interface on the ‌iPhone‌, you can hit the “Go” button to open the website directly without having to tap a link in the search results.

Apps that want to track you across apps and websites to deliver personalized ads will now need to secure user permission to do so. Allow Tracking or Ask App Not to Track are two settings designed for apps, but the feature goes hand in hand with Privacy Report to keep apps from monitoring your app usage and website browsing habits. 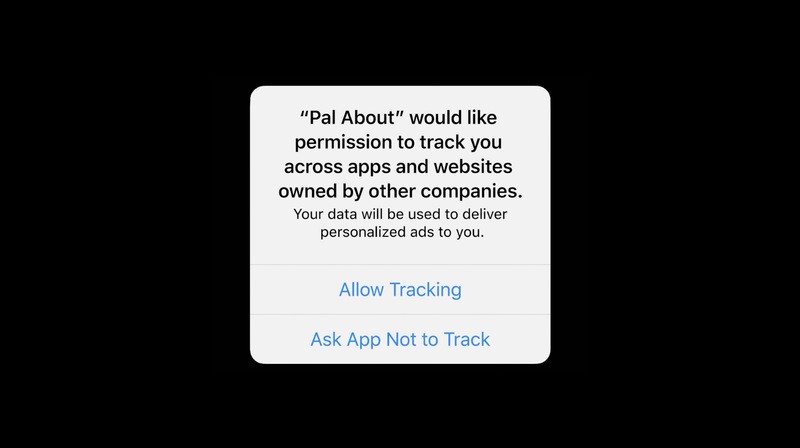 With an ‌iPad‌ running ‌iPadOS 14‌, you can use the new Scribble feature with Safari to handwrite URLs, Google searches, and more, with the handwritten text then translated to typed text. For more on Scribble, make sure to check out our guide.

Not a fan of Safari? In ‌iOS 14‌ you can set a different browser like Google’s Chrome as the default browser that will activate when you tap links.

Have questions about the new Safari features in ‌iOS 14‌, know of a feature we left out, or or want to offer feedback on this guide? Send us an email here. If you want to know more about what’s coming in ‌iOS 14‌, make sure to check out our iOS 14 roundup. Related Roundups: iOS 14, iPadOS 14Tag: Safari
This article, “Safari iOS 14 Guide: Privacy Report, Built-In Translation, Compromised Password Alerts and More” first appeared on MacRumors.com

Facebook
Twitter
Pinterest
WhatsApp
Previous articleHow to transfer photos from your iPhone to your computer
Next articleProtect your new, huge Note 20 with one of these cases