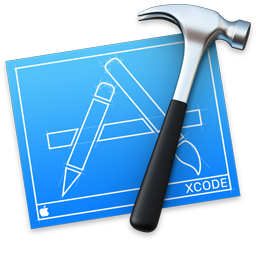 Security researchers at Trend Micro have discovered a new kind of Mac malware which can “command and control” a target system.

The researchers described the malware, which is part of the XCSSET family, as “an unusual infection related to Xcode developer projects.” The malware is unusual because it is injected into Xcode projects, and when the project is built, the malicious code is run. A developer’s Xcode project was found to be able to contain the malware, which “leads to a rabbit hole of malicious payloads.”

The discovery poses a significant risk for Xcode developers. Trend Micro identified developers affected by the malware who share their projects via GitHub, leading to a potential supply-chain attack for users who rely on repositories for their own projects. Google’s VirusTotal scanning software managed to identify the malware, which indicates the threat is at large.

The malware spreads via infected Xcode projects because it can create maliciously modified applications. Specifically, the malware was found to be capable of abusing Safari and other browsers to steal data. It can use a vulnerability to read and dump cookies, create backdoors in Javascript, and in turn modify displayed websites, steal private banking information, block password changes, and steal newly modified passwords. It was also found to be able to steal information from apps such as Evernote, Notes, Skype, Telegram, QQ, and WeChat, take screenshots, upload files to the attacker’s specified server, encrypt files, and display a ransom note.

Affected developers may unwittingly distribute the trojan to their users in the form of compromized Xcode projects and built applications. The malware is particularly dangerous because verification methods, such as checking hashes, would not identify infection as the developers would be unaware that they are distributing malicious files.

To protect against this type of threat, Trend Micro encourages users to only download apps from official marketplaces and consider multilayered security solutions.Tags: Xcode, malware, GitHub
This article, “New Mac Malware Found to Infect via Xcode” first appeared on MacRumors.com