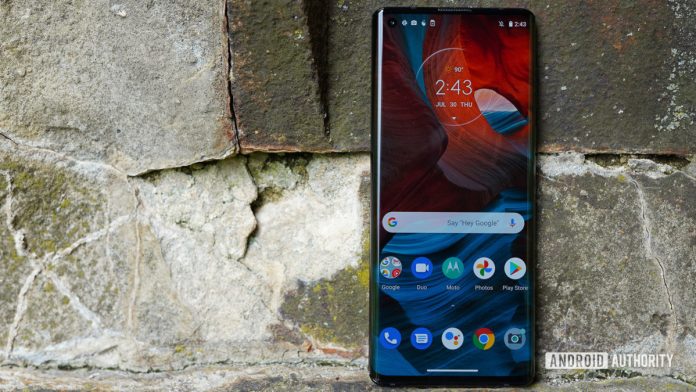 The Motorola Edge and Motorola Edge Plus may look identical, but they are vastly different phones under the glassy skin. Where one is a full-on flagship meant to compete with the Samsung Galaxy S20s and LG V60s of the world, the other is a down-spec’d slugger meant to take on the best of the upper mid-range. In other words, what separates the two boils down to some under-the-hood specs that may not mean much to some end users.

Do specs make the phone, or does the overall experience get the job done? Find out in Android Authority‘s Motorola Edge review.

About this Motorola Edge review: We spent a week evaluating the Motorola Edge and comparing it to its more powerful stable mate. Motorola supplied Android Authority with the review unit, which was running Android 10 with the July 2020 security patch.

Motorola announced the Motorola Edge Plus and Motorola Edge earlier this year. The Edge Plus is Motorola’s 2020 flagship, while the Edge is a more affordable take on the phone. It’s sort of like the difference between the OnePlus 8 Pro and OnePlus 8, though the two Motorolas share the same size and shape.

The Edge Plus costs a whopping $999 and is available only from Verizon Wireless. Conversely, the Edge costs $699 (on sale for $499 now), and is compatible with all US carriers. The Edge has a lower-grade processor and GPU, has different cameras, and a smaller battery. The screen is the same, as is the chassis. Let’s start there.

Design and display: Carried over 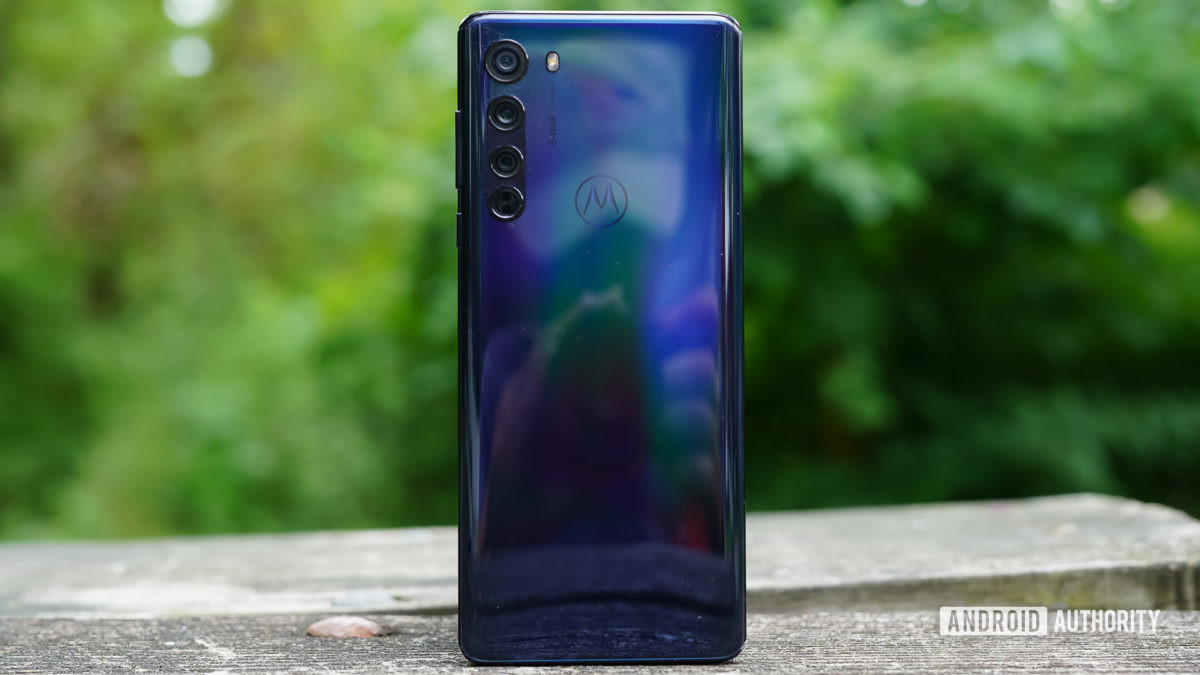 The Motorola Edge looks every bit a flagship, despite its lower cost. The naked eye cannot tell the Edge from the Edge Plus, as the differences are so minor. The front panel is steeply curved glass that meets an aluminum frame. The rear glass is also curved, though more gently. The Motorola Edge has one of the thinnest aluminum frames out there. I appreciate that the top and bottom metal end caps are bent at the corners to soften their points. The seams are tight and the quality of the materials is excellent across the board.

The aluminum frame has a sharp profile that you can feel pressing against your palm. The volume button and power key, both on the right edge, are razor thin and feel cheap. Motorola kept the size of the rear-mounted camera module in check, but it’s partially made of plastic and feels a tad cheap to the touch. 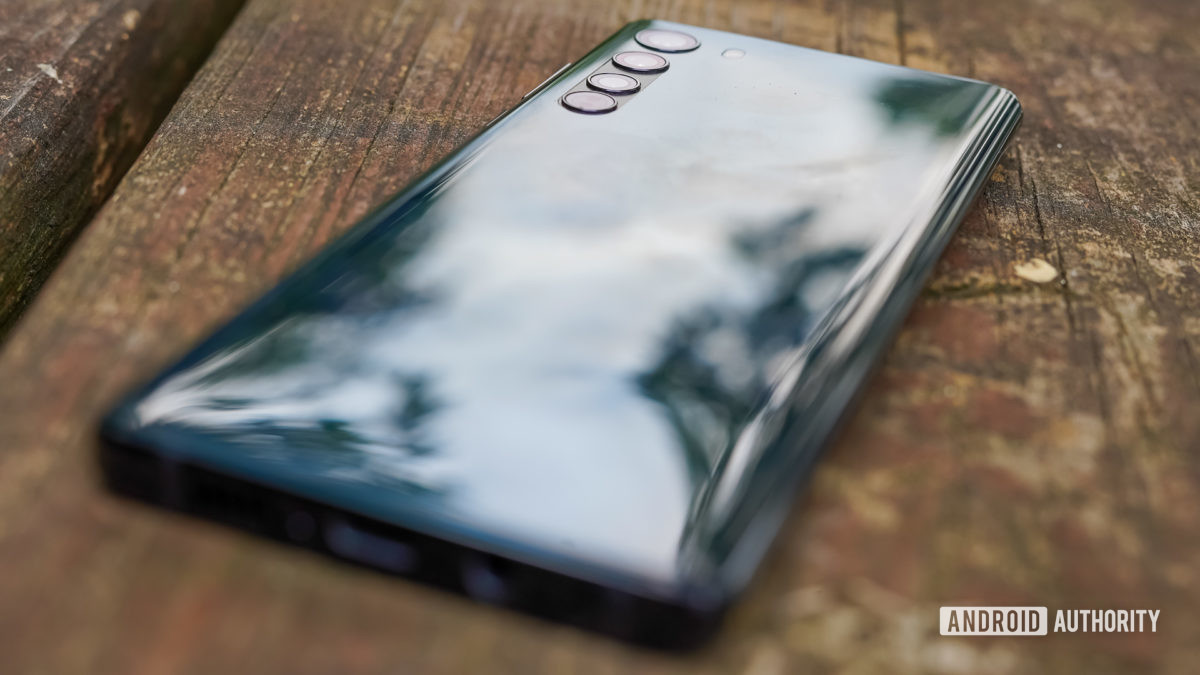 The phone isn’t waterproof. Many competing devices, even in the mid-range, carry an IP68 rating against dust and water. Instead, Motorola nano-coated the innards, making the Edge “splash proof.” Rain is ok, the pool is not.

I like the color options, which are Solar Black and Midnight Magenta. Our unit is the black one. There’s no gradient to the finish, but it has an appealing sheen to it that’s more blue than black. I also appreciate the headphone jack, something most competitors lack these days. 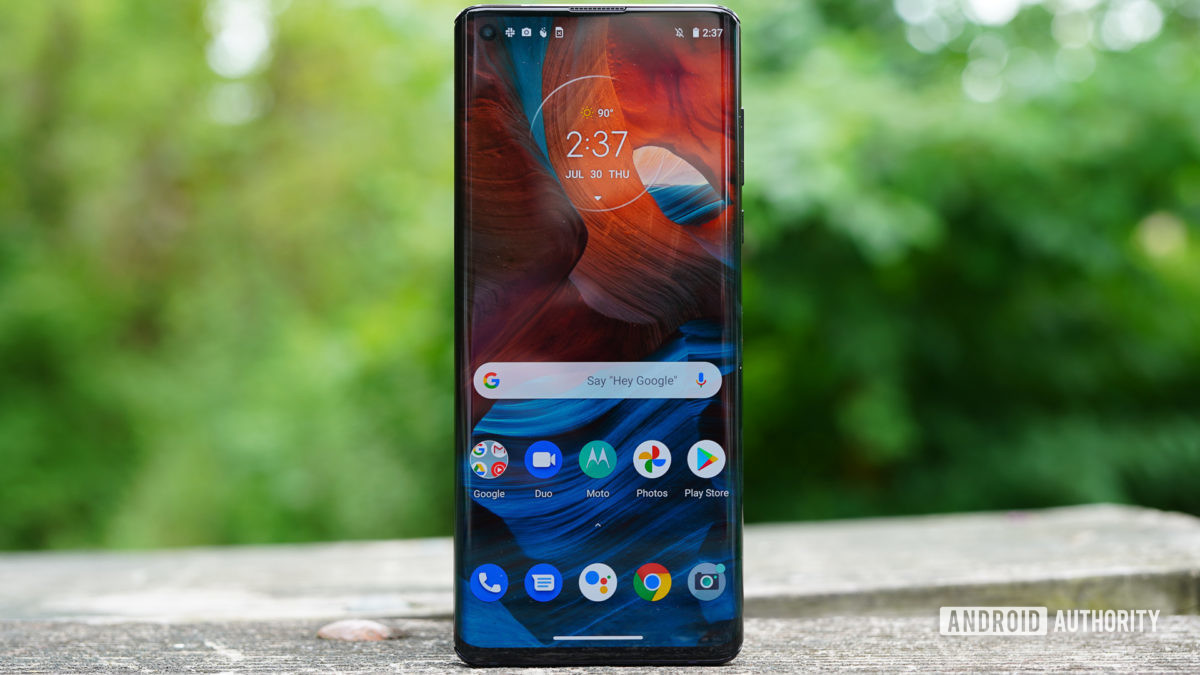 The size, resolution, refresh rate, and aspect ratio of the screen are all good. The display is vibrant, colorful, and sharp. Motion looks smooth, thanks to the speedy 90Hz refresh rate, as on-screen elements zoom up and down with nary a stutter. I like the advanced controls for flashing notification lights, dark mode, and such.

The Edge’s display wraps around onto the side edges of the phone. This makes some apps harder to deal with, as you may need to tap something that’s slightly around the curve. Thankfully you can control this to a degree, though it’s on an app-by-app basis. I wish you could dial in the change system wide.

In all, it’s a good screen, though the curve to the edge is a bit too much.

More reading: Which phone has the best display? With Qualcomm’s sub-flagship processor aboard and 4GB of RAM, the Edge didn’t do as well as its more powerful sibling, but that is no surprise. Its scores on tests such as GeekBench 4 and 3DMark were average at best. However, the phone always felt fast. Nothing bogged the UI down during our time with it. The Motorola Edge has all the performance most users might need, though gamers may find it doesn’t measure up.

Motorola equaled its direct competitors with respect to battery life, at least by some measures. The 4,500mAh capacity cell is the same size as many batteries in this space. Together with the Snapdragon 765 and some smart tuning for the display, the battery delivered superb results.

In our battery torture test, for example, the phone lasted 6 hours 39 minutes at full power, with the processor and other components running at their highest levels. This is the very least screen-on time you’ll get with the phone, and it’s a fine number. Backing off the benchmarks to real-world use saw screen-on time closer to eight hours and mixed use time of 1.5 days.

Charging speeds are limited to 15W. We found the included charger needed more than 90 minutes to fully power the phone from 0%.

The Motorola Edge may be an upper mid-range phone, but there’s nothing mid-range about its battery performance.

See also: Which phone has the best battery life? 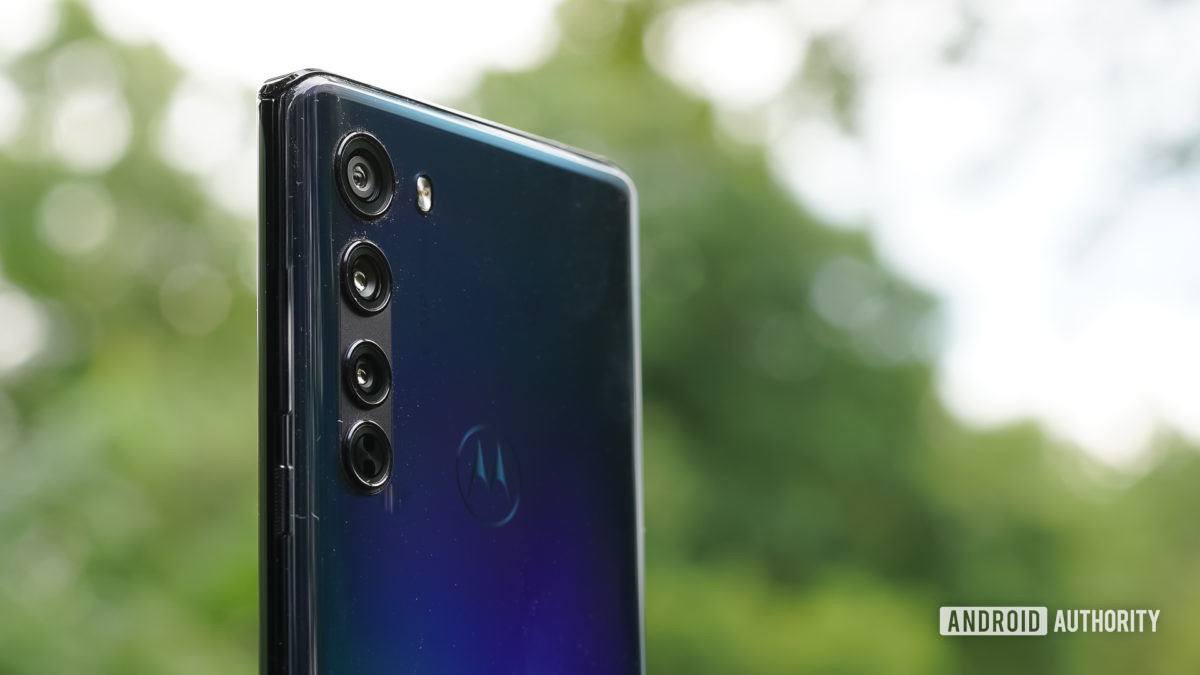 If there’s one area of the Edge that fails to live up to the Edge Plus, it’s the camera. Motorola swapped out the 108MP main sensor of the Plus model for a 64MP sensor on the Edge. This change, in addition to the different imaging capabilities of the Snapdragon 765, downgrade the camera performance to what I’d call average at best.

First, the app. The app is fairly robust and still dead simple to use. Shooting modes include: portrait, cutout, macro, spot color, night vision, cinemagraph, panorama, live filter, and high-res, and video modes include macro, slow motion, time-lapse, and AR stickers. I like that the mode picker is just three things: camera, video, and a tray with everything else. The settings allow for plenty of customization to the app. As always, you can launch the camera app with a quick twist of your wrist.

The shots I took with the phone turned out mostly good. Color representation and exposure were generally on point. Noise and artifacts are limited to shadowy areas, which is to be expected. The HDR tool works fairly well.

The interface lets you quickly jump from 0.5x to 1x to 2x. You can zoom in as far as 10x digitally, but the results are really rough. The three main lenses deliver sharp shots at their base focal lengths. 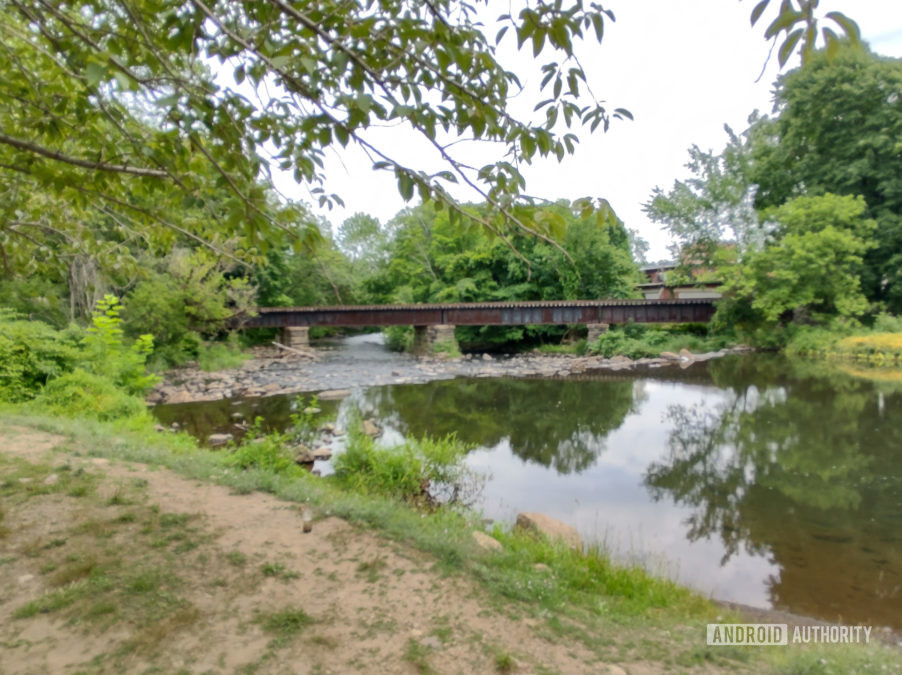 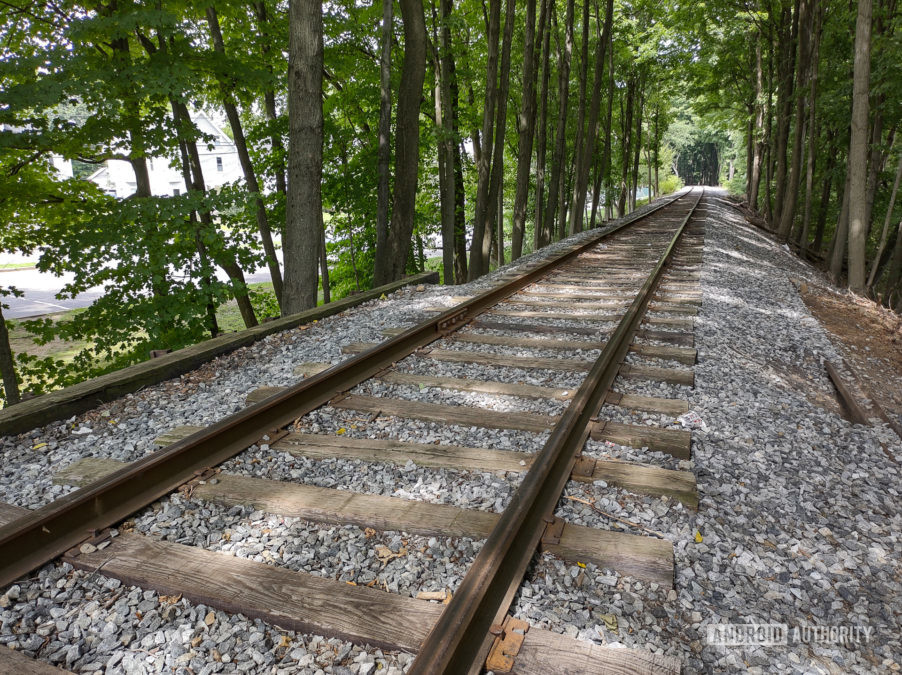 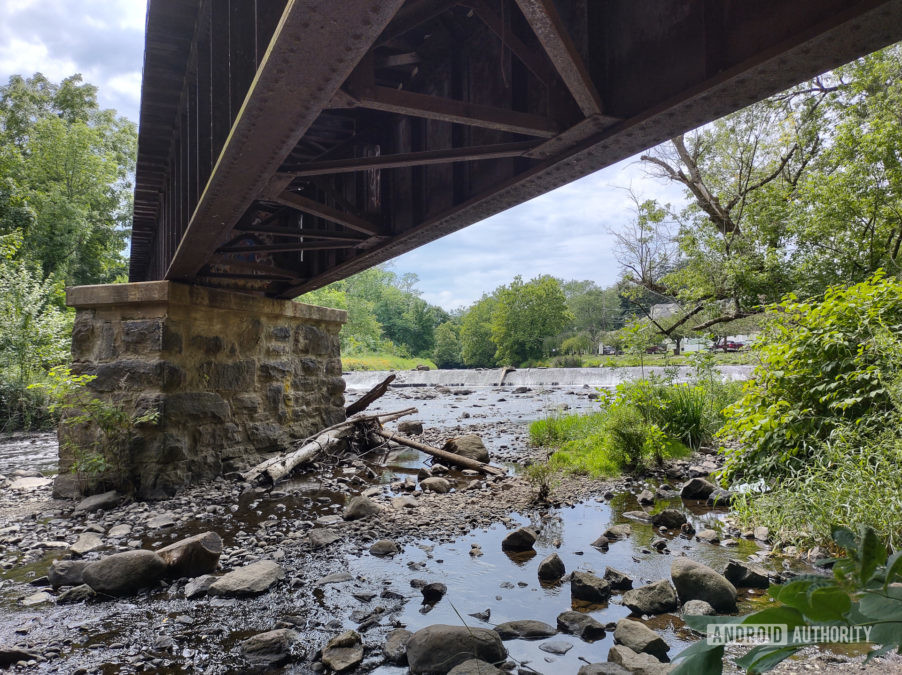 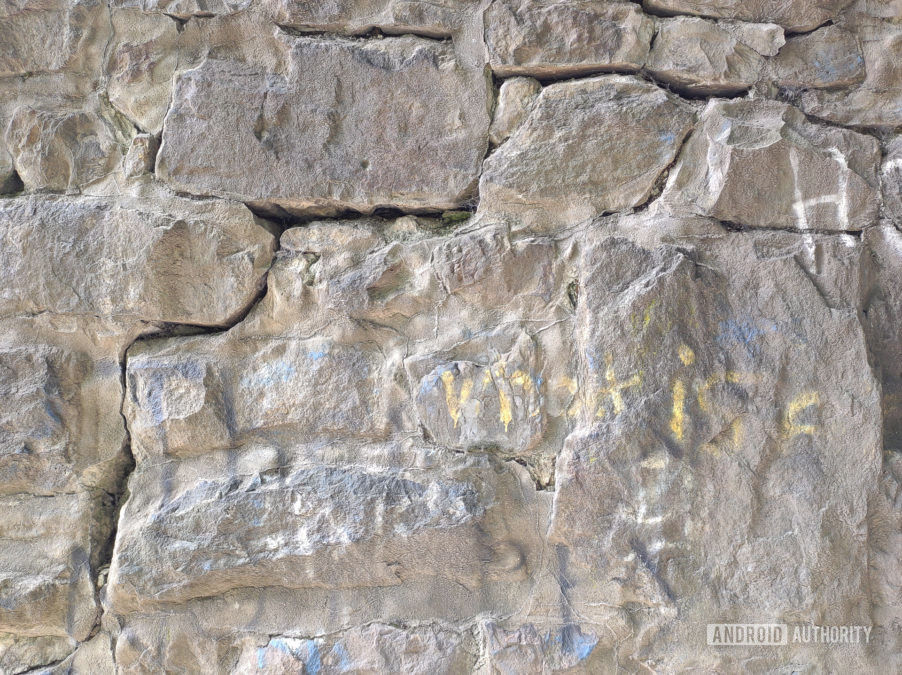 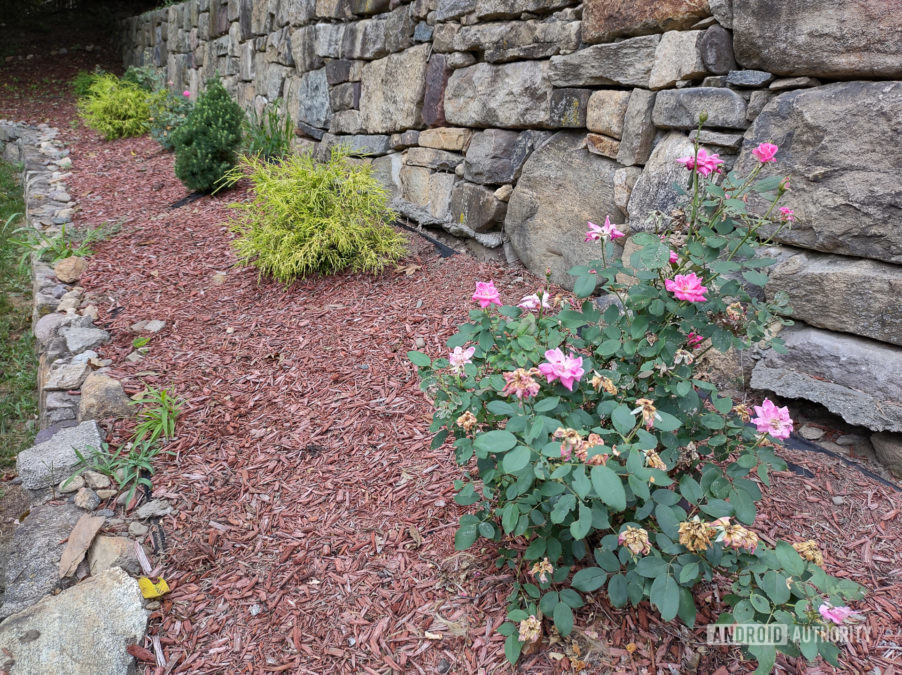 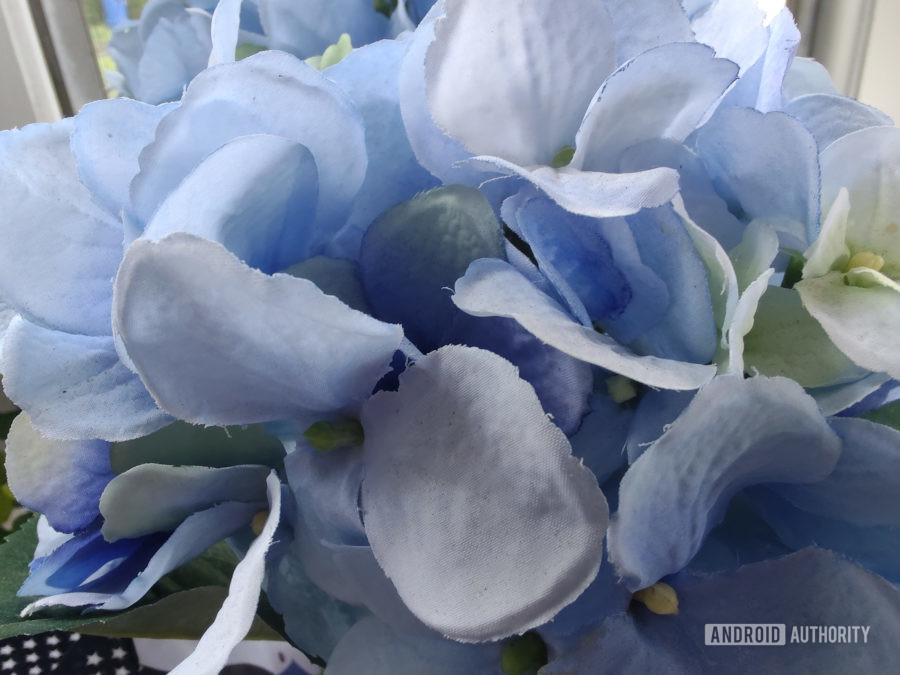 The selfie shooter is mediocre. The regular selfie shot below is clean and accurate. The portrait, on the other hand, is a mess. The biggest issue is edge detection, which often falls off in the wrong spot. Full resolution photos are available here. 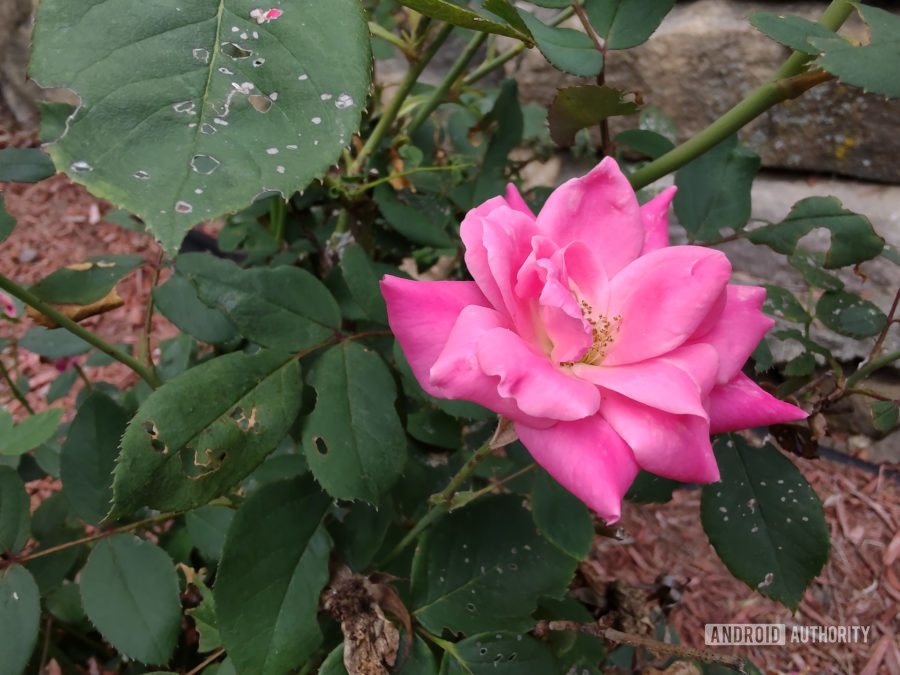 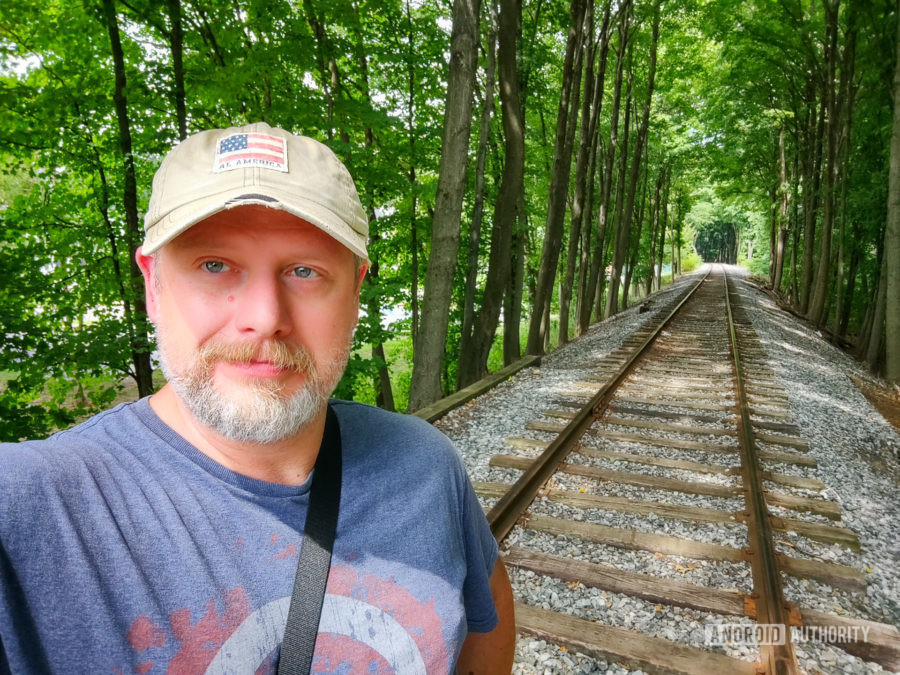 I like that there are plenty of video options, including 4K, Full HD at 60fps, and the 19.5:9 cinema mode. The video sample I took looked solid, with just a fair touch of noise in darker regions.

Taken as a whole, the Motorola Edge camera is fine, but it stops short of good.

Check out: Which phone has the best camera?

Motorola’s software has led the pack for quite some time. The company employs a mostly stock build of Android, called My UX, with only the lightest enhancements to improve the experience of using the phone day and in day out. Motorola has committed to at least one major OS upgrade for the phone, in addition to security patches for a period of two years. This is a bummer, as the Edge Plus will earn two major OS upgrades. Android 11 is expected to arrive in mere weeks.

The software may not look or behave as advanced as competing devices from Samsung and LG, but there’s joy to be found in its simplicity. Moreover, there’s no annoying bloatware from carriers.

At $499, this device is a steal. Motorola made just the right changes to give the Edge the cost advantage it needs compared to its more performant stablemate. Keep in mind, however, that the $499 price point is temporary. The normal price is $699. Even at the higher price, the value here outweighs that of the $999 Edge Plus.

What about the competition? Other phones at or near the Edge’s regular $699 price point include those such as the OnePlus 8. We really liked the OnePlus 8. Choosing between these two may fall down to a matter of preference.

Motorola Edge review: Should you buy it? 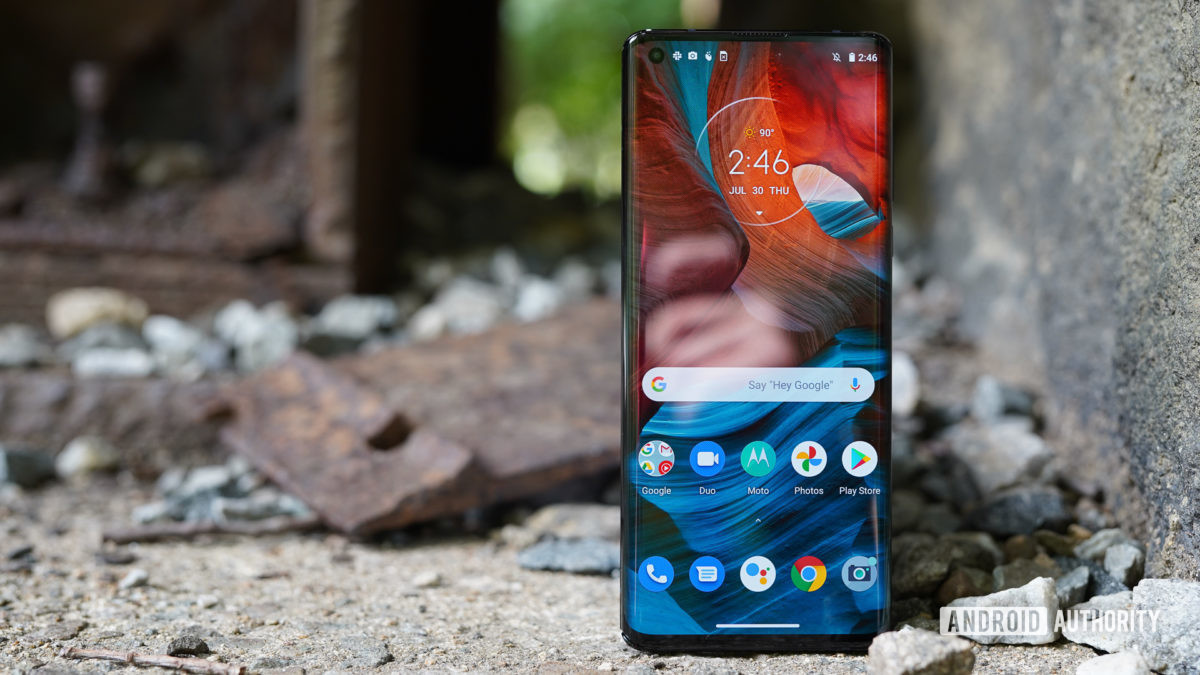 An unlocked Motorola sub-flagship for $499? Yes, absolutely. The incredible value for the Motorola Edge makes it hard to pass up, particularly if the price tags of some of today’s devices make you ill. Though I wish the cameras were slightly better, everything else about the Motorola Edge shines in a way that should appeal to the majority of consumers. While the Motorola Edge doesn’t quite have the specs of the Edge Plus, in this case the price more than makes up the difference. Specs aren’t everything, and the Moto Edge is the proof.