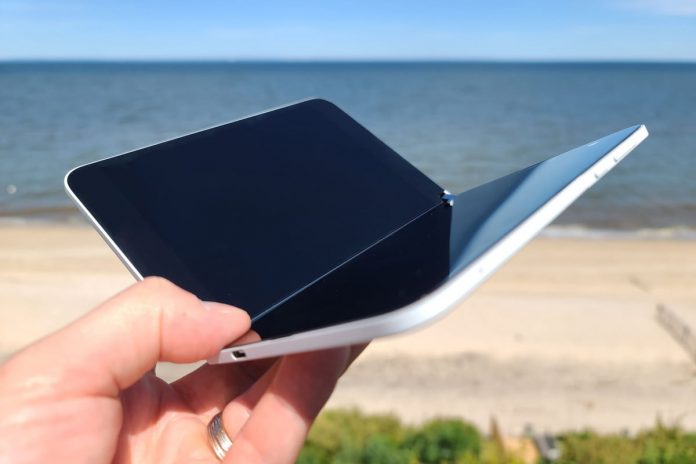 Microsoft’s engineers believe they solved the fundamental flaw of smartphones some 35 years ago with windows. That’s windows with a lowercase w, not the Windows software you know and either love or hate, depending on whether you’re into PCs or Macs. I’m talking about the graphical interface itself, the metaphor of windows to show different bits of data, something we’ve had on computers for 30 to 4o years. Windows are the answer to productivity, a way to use multiple apps at once, a way to show lots of data side by side. Your laptop does it great. Your phone … well, it just can’t do that, can it? Microsoft’s engineers said, “why not?”

In the new Microsoft Surface Duo, two screens are joined by a hinge, allowing you to see two different windows — and Microsoft claims it’s a game changer for productivity, leaning into the way your brain processes information to help you get more done. Sounds good, right? But before we get there, lets start with the thing itself — because after a year of waiting and hype, Microsoft just dropped the Surface Duo off at my doorstep.

Now this is a special, reviewers-only package, and Microsoft has handed it to me with a caveat: It’s a bit too early to talk about the software or the experience of using it just yet. So let’s save that for later: Let’s talk about holding this beautiful new gadget.

Package design is your first introduction to a product, and often sets your expectations. Is the device easy to get into? Is it inviting, a memorable experience to open? Is it revelatory? Or is the stuff just shoved into a box, like so many cables shoved into that drawer in your desk?

At least for me, the Surface Duo came in a special reviewer’s kit that’s really beautifully done. Marketers spend a great deal of time and effort pulling kits like this together, and we don’t usually surface it (see what I did there?) to you. But this time it’s worth doing so; with a note from Microsoft Chief Product Officer Panos Panay and a sign pointing out that we’ve got one of only 50 early devices, the whole kit is gorgeous. 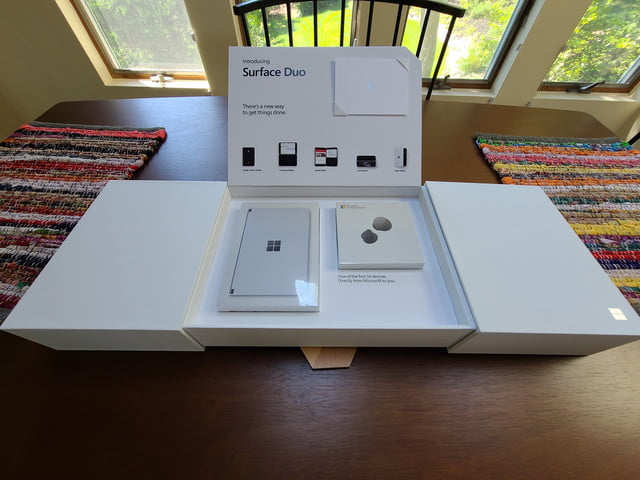 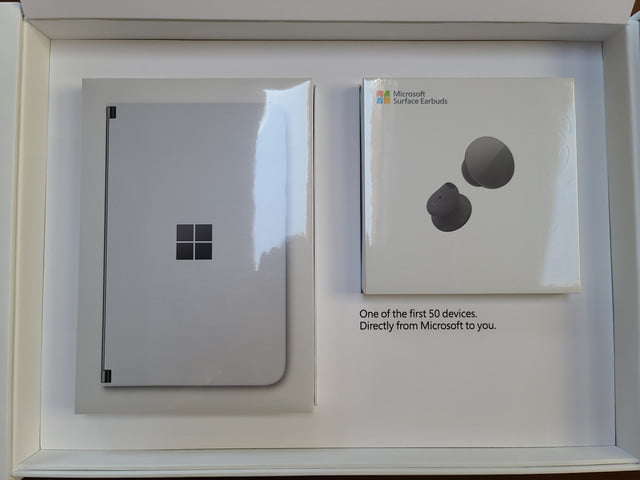 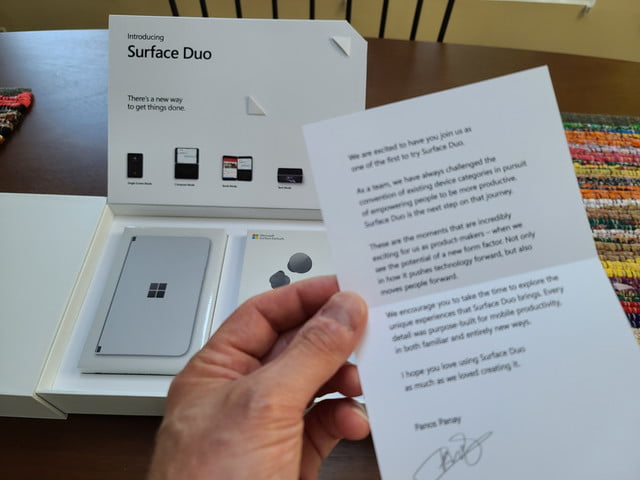 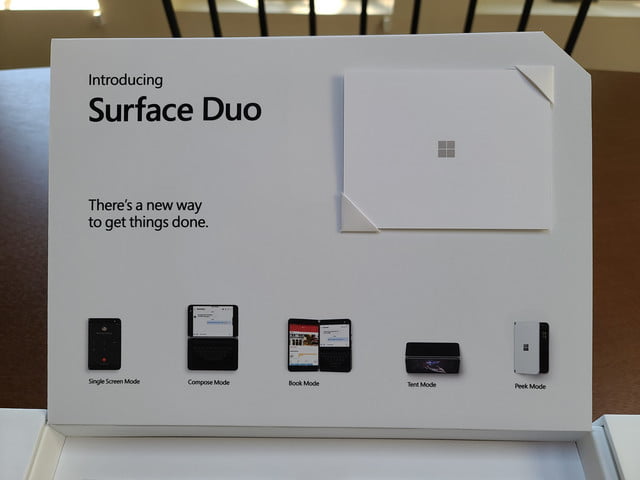 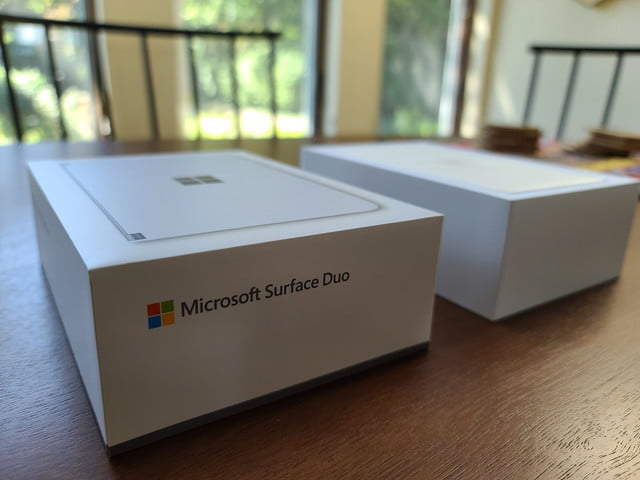 Inside, we’ve got the actual retail box for the Duo, which is designed to give you that extra thump of adrenaline as you finally get to take a peek at the product you’ve been waiting for. It contains the Duo, a typical 18W charger, a USB-C cable, and of course, the new Duo. Let’s take a closer look.

Hands on with the Surface Duo

Playing around with an engineering prototype, the popular YouTuber Dave Lee recently noted that the Surface Duo is made of glass, not the fancy titanium or magnesium alloys you might expect from a device that falls into the Surface line of products. Microsoft’s laptops and 2-in-1 devices, such as the Surface Go and Surface Pro 7, are often made of the highest-caliber metals to impart a premium look and feel. Lee’s right: The Duo is made of glass, back and front, which is something of a standard in the phone space but a departure from what you might have expected.

Glass can crack and shatter, as anyone who owns a modern smartphone will tell you, and having several more square inches of it than the average smartphone makes this gadget more susceptible to breakage than most. But if you’re not being careful with a device that cost you $1,400, you’re playing with fire anyway. At least Microsoft provides a two-piece bumper to give you a tiny bit of extra grip and scratch protection. 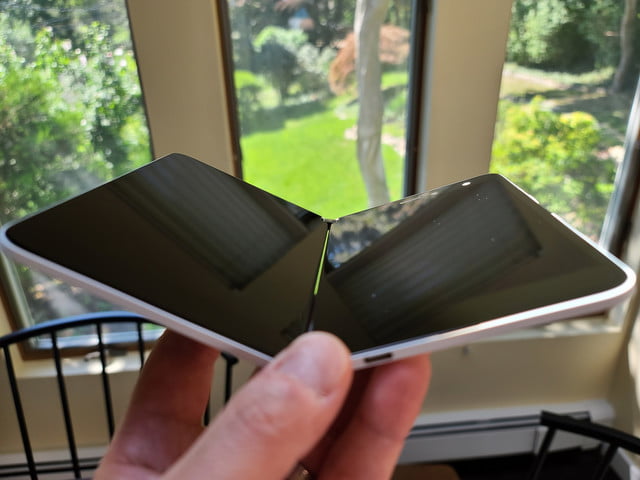 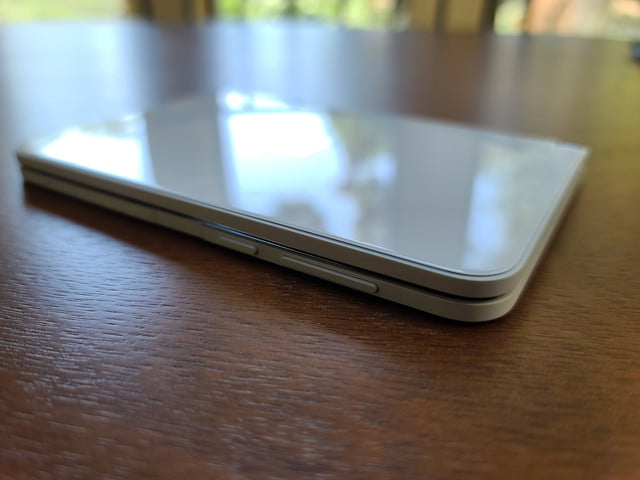 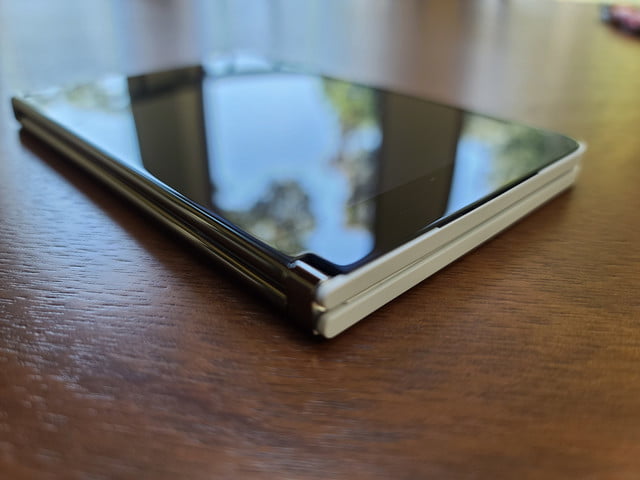 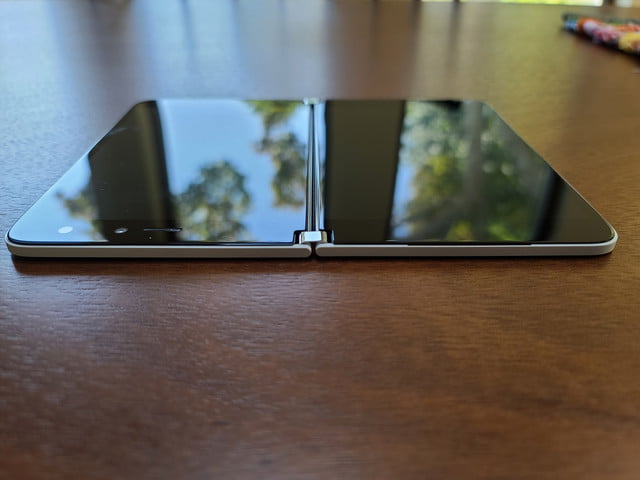 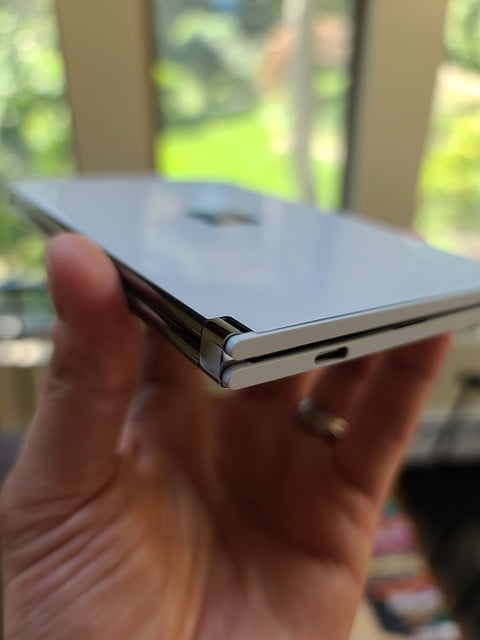 In my hands, the Duo is strikingly light, and feels nothing like every other smartphone I’ve held. It’s frankly remarkable. For starters, it’s wide, and I mean WIDE. It’s unusual to hold something like this in one hand, but I suppose I’ll get used to it quickly. It’s also thin: 4.8 mm thin when open, and that’s exaggerated by screens that are 5.6 inches on the diagonal (8.1 inches together when opened). That means your first instinct probably won’t be to slip it into your pocket, just as you wouldn’t do with, say, the Kindle Paperwhite it looks to be almost exactly the same size as. But it’ll sit beautifully on your bedside table or coffee table, and opened like a book, should make reading e-books a wonderful experience.

That said, I just slipped it in the pocket of my jeans, and it ain’t a bad experience. I wouldn’t go play hoops like this, but I wouldn’t play any sport while carrying a device that costs more than courtside seats.

At 8.8 ounces (250 grams), the Surface Duo is heavier than other devices, at least looking at the numbers. Compare it to the Galaxy S20 Ultra for example, which comes in at 7.7 ounces (220 grams). Or the Pixel 4 XL, which weighs 6.8 ounces (193 grams). Does an ounce or two make much of a difference? Not really, to me, and I’m used to lugging around the S20 at this point. The Duo feels solid, durable … and impossibly thin. It’s hard to get past that fact.

I wouldn’t play any sport carrying a device that costs more than courtside seats.

The hinge is one of the Duo’s defining features; it has to move seamlessly, fluidly, and be able to pause and hold at any point in its 360-degree journey, to open up a world of usage possibilities. In my early testing, it works flawlessly, going from book mode to tent mode to phone mode to whatever seamlessly. Open it 360 degrees so that the two back panels kiss, and they touch perfectly flush with a tiny, satisfying sound. It’s neat.

Why two screens, joined at a hinge? Why not one single screen that folds in half, like the Samsung Galaxy Fold, which opens up to offer a beautiful tablet experience for glorious viewing of movies and TikToks and whatever on the go? Sure, you can do that here; you can open YouTube to span both screens, though the line down the center is certain to drive you insane.

Microsoft aims to redefine the experience of using the device, moving beyond merely consuming video content to doing more: Emailing better, collaborating better, videoconferencing better, and so on. And given the innovations on the software side, two separate screens simply let you do that better.

What’s that like? I look forward to testing it out over the next few days. We’ll bring you the full experience shortly!