Home News Its predecessor plagued me with problems, but the Surface Book 3 fixes...
News

Its predecessor plagued me with problems, but the Surface Book 3 fixes them all 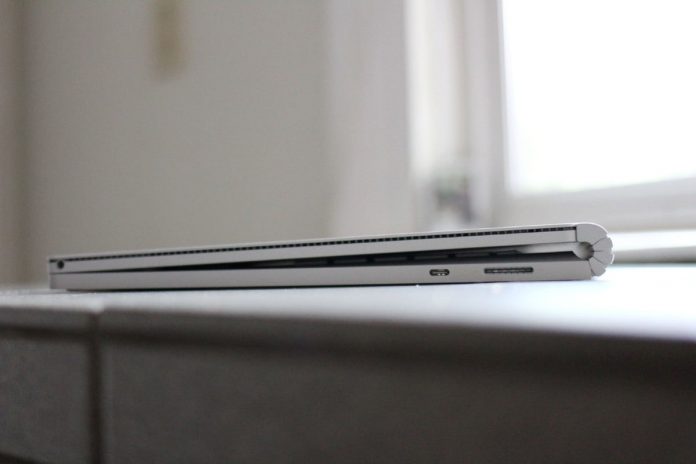 The Surface Book 3 15-inch has been out for a few months, and we’ve already published our positive review of it. Its performance is excellent, and the device itself is as beautiful as the first generation.

But I needed to test the third entry in the trilogy for a very specific reason. I was a big fan of the Surface Book 2 15-inch when it launched — that is, until I tried to use it as my daily driver. From its power supply to its display issues, it plagued me with so many annoyances that I eventually wanted to ditch it.

It’s been said that you shouldn’t judge a Microsoft product until its third generation. Whether that’s true or not, I wanted to give the Surface Book line another chance to see if Microsoft had ironed out some of those issues. So far, I’ve been pleasantly surprised.

The power supply is no longer a bad joke

With the Surface Book 2, Microsoft made the odd — and utterly terrible — decision to provide a power supply that simply could not keep up with the laptop’s components. Use the CPU and GPU together while plugged in and push them even remotely hard and you start tapping into the battery. That’s because the power supply only provided 95 watts of power to a machine that could easily exceed 100 watts and a lot more.

That bizarre decision severely limited the laptop’s usefulness and longevity. Use a demanding creative app like Premiere Pro that may rely on the GPU or engage in some intensive gaming sessions, and battery life would be reduced — even when plugged in. That meant that you couldn’t simply pack up and go with a full battery — you needed to take some time to recharge. Even worse, it meant extra charge cycles for a battery that can’t be replaced.

Here’s the good news: The Surface Book 3 now uses a 127-watt power supply. I ran the same tests, including encoding a 13 GB video using Premiere Pro and running Assassin’s Creed Odyssey, and not once did either of the batteries drop below 100%. It was such a relief that no matter how hard I pushed the Surface Book 3, the batteries remain untouched. That’s far more convenient, and it means you won’t be facing a worn-out battery way too early in the laptop’s life cycle.

With the Surface Book 2, the only real way to connect external displays is through the Surface Dock. The problem? The original Surface Dock only provided 60 watts of power to the laptop, meaning that even light gaming while plugged in would suck down battery life. For example, I saw a 30% battery drain after playing an hour’s worth of Diablo III when connected to the dock.

Essentially, that made the Surface Dock useless for the Surface Book 2, and it meant that adding additional displays was a real problem. One of the most expensive laptops you could buy was a terrible desktop replacement, and that was a crying shame.

Enter the $260 (on sale for $180) Surface Dock 2, which like the Surface Book 3’s shipping power adapter provides 127 watts of power. Now, you can plug into the dock and run dual 4K monitors at 60Hz. That’s plenty for my setup and equivalent to what I get when I use a Thunderbolt 3 dock. Now you don’t have to worry about killing your battery, either. I also connected Ethernet and audio and tested a few USB devices to see how everything worked together — I experienced not a single glitch.

The combination of the Surface Dock 2 and Surface Book 3 is fast and convenient.

The Surface Dock 2 is a still bit more finicky when it comes to connecting displays, though. The only way I could get both displays to connect at 4K at 60Hz was to use DisplayPort. HDMI was a no-go, and that’s a step down from Thunderbolt 3, which lets you mix and match connections. I can live with that given that both of my monitors support DisplayPort along with HDMI. And perhaps the dock would work differently with different monitors or Microsoft will issue a firmware update that improves that aspect.

Best of all, the performance was excellent across the board. I couldn’t tell the difference between running the Surface Book 3 with the Surface Dock 2 and any of the various laptops I’ve used with a number of Thunderbolt 3 docks. I would be entirely content ditching Thunderbolt 3 and sticking with the Surface Book 3 and Surface Dock 2 — if my budget would allow for it, of course. The combination is fast, convenient, and finally reliable enough to be a true plug-and-play solution.

Microsoft made another bizarre decision in omitting High-bandwidth Digital Copy Protection (HDCP) support for external displays on the Surface Book 2. HDCP is essential for running 4K protected content, so that meant that you couldn’t play 4K content from a number of sources — including Netflix. That was a supreme disappointment for me because I was hoping to be able to watch my favorite Netflix shows in 4K while I was working on something else. My solution was to plug a Roku into one of the displays, which was a clunky workaround at best.

The Surface Book 3 fixes that. Plug in a 4K display via the USB-C port on the laptop or the Surface Dock 2, fire up Netflix, and you’ll be playing 4K content in no time. Maybe I’m an outlier in how important that is, but I was glad to see it nonetheless. And once again, it puts the Surface Book 3 properly in its place among modern premium laptops.

The Surface Book 3 is a viable desktop replacement

All of this means that you can finally use a Surface Book as Microsoft intended — a modern, powerful laptop that can replace a desktop and provide some serious power and performance. I literally have no complaints this time around — the Surface Book 3 could easily serve as my primary machine when connected to the Surface Dock 2 and my two 4K displays. Again, while I can’t attest to any of the kinds of nagging technical issues that might crop up as they did with the Surface Book 2, I experienced none while performing my testing. The Surface Book 3 was as reliable as any other laptop I use.

I can now finally enjoy the same kind of excellent hybrid 2-in-1 that I loved in the Surface Book 2 but couldn’t tolerate given the unfathomable design decisions. The third time is definitely the charm with the Surface Book 3.

Globally, adoption of virtual private networks is growing massively. One of the things that makes these applications so popular is
Read more

How often are your devices unable to connect to the internet while you're roaming around your home? If there are
Read more