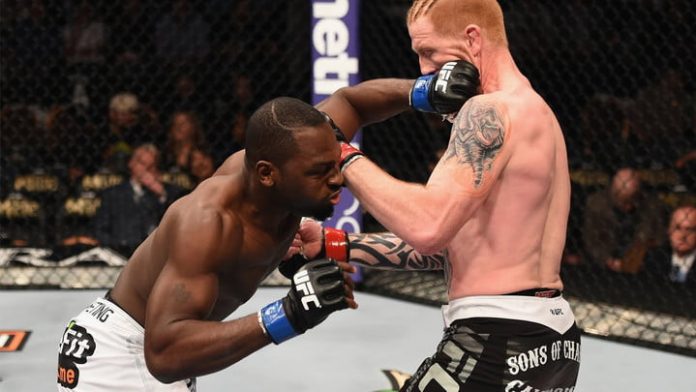 MMA fans are preparing for an action-packed fight card tonight at the UFC Apex in Las Vegas, Nevada, where middleweights Derek Brunson and Edmen Shahbazyan will be facing off in the main event at UFC Fight Night 175. If you’re scouring the web to find a way to watch the UFC Fight Night: Brunson vs. Shahbazyan live stream online this evening, then read on. Below, we’ve got everything you need to know about UFC Fight Night 175 including the fight roster, air times, and how you can watch it with ESPN+.

How To Watch UFC Fight Night 175 Online In The U.S.

ESPN is the go-to broadcaster for UFC, so if you want to watch the UFC Fight Night: Brunson vs. Shahbazyan livestream online, the only way to do it is with ESPN+. This premium streaming service brings all sorts of live MMA and other sports content right to your computer’s web browser or mobile device via the ESPN app, and given ESPN’s tight relationship with the Ultimate Fighting Championship, ESPN+ is currently the only place where you can stream UFC pay-per-view events like UFC 252: Miocic vs. Cormier 3 on August 15.

A women’s bantamweight bout between former champ Holly Holm and Irene Aldana was initially slated to be the main event at UFC Fight Night 175 before Aldana had to pull out after testing positive for COVID-19. Now, American UFC veteran Derek Brunson (ranked eighth on the middleweight roster with a record of 20 wins and seven losses) will face off against Armenian-American Edmen as the headliner.

Whereas Brunson is a seasoned combatant who has been competing in the Ultimate Fighting Championship since 2012, Edmen, the UFC’s ninth-ranked middleweight, is an undefeated up-and-coming fighter who signed with the league in 2019 and boasts a professional record of 11-0. The co-main event at Fight Night 175 is a women’s flyweight match between Joanne Calderwood (14-4) and Jennifer Maia (17-6); all in all, there are 11 fights planned for this event across the main and preliminary cards.

UFC Fight Night 175 isn’t a pay-per-view event, but if you want to watch the Brunson vs. Shahbazyan live tream online this evening, you’ll still need ESPN+. You can sign up for ESPN+ for just $5 per month or $50 per year; however, if you’re also looking forward to the Miocic vs. Cormier 3 pay-per-view, then you can grab this bundle deal which gets you a year of ESPN+ along with the UFC 252 PPV package for just $85, saving you 25%.