Home How to How to watch UFC 252 Online: Live Stream Miocic vs. Cormier 3
How to

How to watch UFC 252 Online: Live Stream Miocic vs. Cormier 3 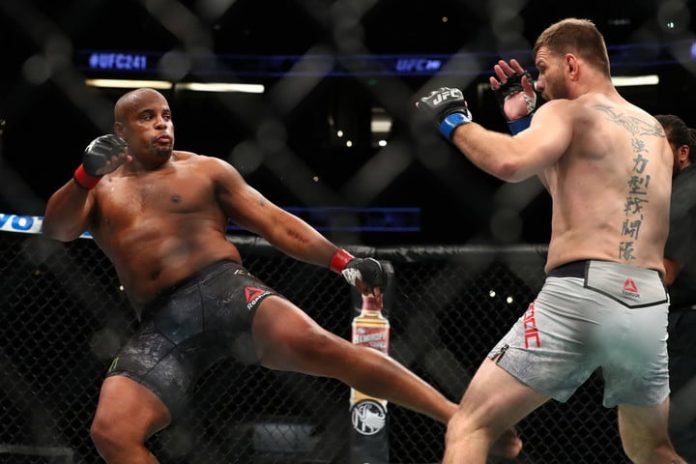 Wondering how to watch UFC 252 online later today? Here’s everything you need to know about UFC 252: Miocic vs. Cormier 3, including the start time, the full card, and where you can tune into the all-important UFC 252 live stream (spoiler: it’s a pay-per-view event that will broadcast exclusively on ESPN+ in the U.S. — sign up now and save $30 on the UFC 252 PPV).

UFC 252: Miocic vs. Cormier 3 is a pay-per-view event, which ESPN holds exclusive broadcasting rights to with its premium streaming service, ESPN+. You can sign up for ESPN+ for $6 per month or a cheaper $50 per year, but with UFC 252 airing tonight, it’s not too late to grab this bundle deal that gets you a year of ESPN+ along with the UFC 252 pay-per-view package for $85, saving you $30 off the price of buying them separately. ESPN+ lets you stream UFC events and a ton of other live and on-demand sports content right to your PC’s web browser or mobile device.

At UFC 252, heavyweight champion Stipe Miocic will be facing former champ Daniel Cormier in a trilogy bout with the winner taking home the belt — and settling the question of which of these fighters is the true top UFC heavyweight. These two giants faced off twice before: At UFC 226 in 2018, Cormier defeated Miocic via first-round knockout to take the UFC heavyweight championship. The next year, Miocic avenged his loss and retook the heavyweight belt at UFC 241, where he beat Cormier with a TKO in round four. UFC 252 will see the finale of their trilogy and will determine which of these men is the number one heavyweight in MMA.

The co-main event at UFC 252 is a bantamweight bout between Sean O’Malley and Marlon Vera. American fighter O’Malley is a rising star in the UFC bantamweight division with an undefeated record of 12 wins; his Ecuadoran opponent, Vera, has 15 wins and six losses to his name and is walking into the Octagon at UFC 252 following a recent defeat in May. Many fans and analysts have compared O’Malley’s rise to that of stars like Conor McGregor and Israel Adesanya, and if he clinches the victory at UFC 252, he may be very close to a shot at the bantamweight title in the future.