Google’s own employees were confused by its privacy controls, lawsuit docs show 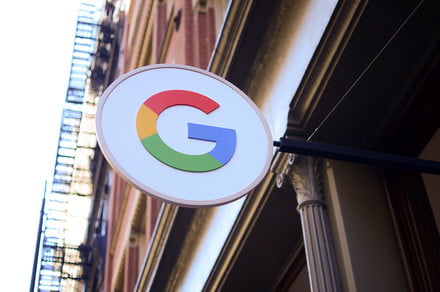 Google’s privacy options have always been notorious for being unnecessarily complicated — so much so that even its own employees find it confusing and misleading.

Newly unsealed documents (via Arizona Mirror) from Google’s consumer fraud lawsuit in Arizona reveal several internal emails where some of the company’s employees admit that their location controls can use better messaging and a bit of simplification.

“The current UI feels like it is designed to make things possible, yet difficult enough that people won’t figure it out,” wrote one employee.

Back in May, Arizona Attorney General, Mark Brnovich filed a lawsuit against Google for unlawful data-collection activities on the basis of the Consumer Fraud Act. The lawsuit stemmed from the 2018 Associated Press report that highlighted how Google continues to track users even when they explicitly switch off the location setting on Android.

Another employee, whose credentials were redacted, said he agreed with the Associated Press article. “Location off should mean location off; not except for this case or that case.”

Google spokesperson, Jose Castaneda, in a statement to Arizona Mirror, said that even these “cherry picked published extracts” clearly state that the “team’s goal was to ‘Reduce confusion around Location History Settings’.” “Privacy controls have long been built into our services and our teams work continuously to discuss and improve them. In the case of location information, we’ve heard feedback, and have worked hard to improve our privacy controls,” he added.

The documents further suggest how even Google’s employees were caught off guard by the report and the many loopholes that enabled the search engine giant to collect data on users who had opted out.

“Definitely confusing from a user point of view if we need googlers explain it to us,” read another email.

Google’s ecosystem of services, which can cross-share data between one other, has a number of different ways to gather data on you and they are not always linked to a single setting. Therefore, in a few instances, even if it seems obvious you are turning off data collection, the chances are that a different Google module might still be actively tracking you.

The Associated Press study was about the location toggle on your phone. Naturally, you’d think disabling that will completely pause location tracking. Instead, when you turned it off, third-party apps simply couldn’t directly locate you and personalize their services. But Google and advertisers were still able to keep tabs on your whereabouts. Since then, Google has rolled out several improvements to its suite of privacy controls including a self-destructing toggle and a simplified dashboard to manage all your Google activities.

Brnovich has requested a jury trial against Google but the court has not released a verdict yet. Google is currently facing multiple antitrust investigations and trials including one from the Justice Department and a group of state attorneys general over the company’s online advertising business.