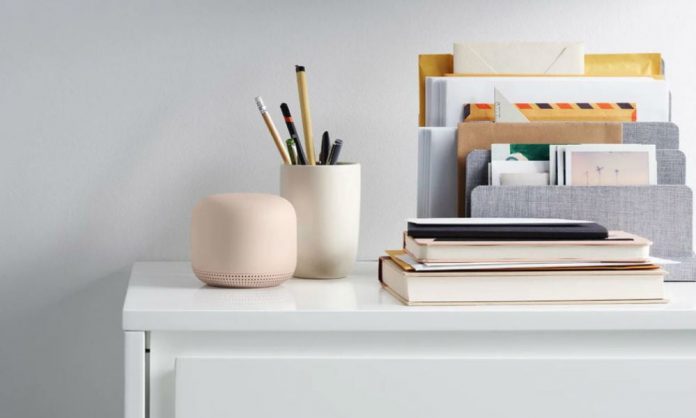 Google launched its first-generation wireless router in 2016, simply branded as Google Wifi. The set of thick puck-size devices enabled users to blanket their homes in a mesh Wi-Fi network: a more efficient and reliable method of extending wireless internet coverage over the previous repeater-style process. Google Nest Wifi is the successor to the company’s original mesh-capable wireless routers, but what advantages does it bring? In this battle of Google Wifi versus Nest Wifi, we took a look at each system to see which would work best in your home or office.

Google’s original first-generation Wifi product is made of plastic and available in a single color — white. Each small puck is 4.1 inches in diameter and stands just 2.7 inches high. In comparison, Google’s Nest Wifi has a bit of variance depending if we are discussing the primary router or the mesh extenders. The Nest Wifi router is a tad bit thinner around the waist at 3.56 inches, but taller at 4.33 inches. The Nest Wifi point (the mesh extender) is slightly smaller at 3.43 inches round and 4.02 inches tall.

From an aesthetic standpoint, Google Wifi maintains a sharper design with a flat top and sharp line cuts on the side. The Nest Wifi unit goes for a smoother, rounder appearance that is more in line with Google’s Home products. Where Google Wifi was only available in the color white; however, with Nest Wifi, while the router itself is still available only in white, the Wifi points are available in white (Snow), light blue (Mist), and light pink (Sand).

Google Wifi was designed with dual AC1200 2×2 Wave 2 Wi-Fi and TX Beamforming technology; the result is a fast router with a strong signal that can cover up to 1500 square feet with a single unit. Each Wifi unit also sports two Gigabit Ethernet ports for wired connectivity, allowing you to plug in wired devices in various spots around your home.

On the other hand, Nest Wifi takes coverage up a notch with the Wifi router base station covering up to 2,200 square feet and each Wifi point covering up to 1,600 square feet. The system’s internal configuration includes AC2200 MU-MINO Wi-Fi technology with 4×4 (5Ghz) and 2×2 (2.4Ghz) antenna configurations. Wifi point units house AC1200 MU-MIMO Wi-Fi technology and a single 2×2 (2.4Ghz/5Ghz) configuration. Only the primary Wifi router offers Dual Gigabit Ethernet ports.

Both Google Wifi systems support a wide array of Wi-Fi standards, including 802.11 a, b, g, n, and ac (Wi-Fi 5), and are — theoretically — equally as fast. The latest Wi-Fi 6 standard, ax, is not available on either product.

When it comes to the first-generation Google Wifi product, there aren’t a ton of unique features; the system can be controlled via the Google Wifi app, but that’s about it. Nest Wifi, however, is filled with a few surprises, including a built-in Google Assistant in every Wifi point. While the Wifi router itself is absent of a Google Assistant, each Wifi point (the mesh extenders in the network) features a far-field microphone array and a 40mm speaker driver. Using Nest Wifi points, you can call up Google with the “Hey Google” command and have your questions answered, or start playing the latest tunes from your favorite media service.

Both Google Wifi and Nest Wifi offer smart technology to keep your experience as reliable as possible, including selecting the least congested wireless channel for transmitting and choosing the fastest available band for your devices. Due to the Nest’s implementation of Google Assistant in each Wifi point, its feature set is a bit better.

While Nest Wifi offers impressive features, there is no denying that you can obtain the first-generation Google Wifi system for a remarkable price.

Nest Wifi is the new kid on the network

Both Google Wifi and Nest Wifi are excellent products, but Nest Wifi pulls ahead with its smaller design, improved range, and Google Assistant integration. However, at the price that Google Wifi has now made itself available, it continues to be an intriguing offer. Additionally, if you are someone who would prefer that Google doesn’t have microphones placed in your home, Google Wifi is the way to go.

For the best of modern mesh Wi-Fi, however, Nest Wifi is your best bet.