Home News Google Pixel 5: Everything we know so far
News

Google Pixel 5: Everything we know so far 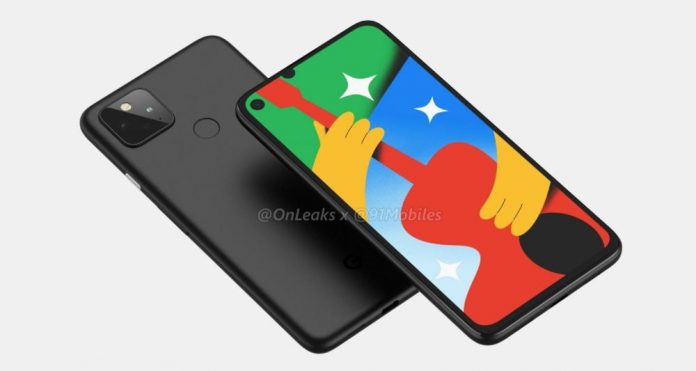 The Google Pixel 4a may have just been released, but already we’re looking ahead to the next Pixel phone, the high-end Google Pixel 5

The Pixel 5 will likely offer a number of upgrades over the Pixel 4, including a spec bump, a complete design change, and more. Like previous Pixel releases, rumors about the upcoming device have run rampant for months now, and we have a pretty good idea of what the phone will look like.

Here’s everything we know about the Google Pixel 5 so far.

Perhaps the biggest difference from the outgoing Pixel 4 will come in the form of a design shift. Gone will be the oversized bezels found in the Pixel 4 series, in favor of an edge-to-edge design and a hole-punch cutout on the top-left of the display for the front-facing camera. This is good news — the Pixel 4 may have offered Google’s Soli radar tech and face unlock in the forehead, but including that at the expense of a slick design may have turned customers off of the Pixel series in general.

Of course, with Soli gone, Google will need another form of biometric authentication — and it looks like the company may return to a simple rear-mounted fingerprint sensor. Leaks from OnLeaks show a device with a fingerprint sensor on the back, instead of an in-display sensor that most other current flagships offer. Google’s face unlock tech worked incredibly well, but it was clearly expensive and had the aforementioned design issues; it’s sad to see it go after just one generation.

The Pixel 5 is likely to only be available in one size this year — there are no rumors indicating that there will be a Pixel 5 XL. Most information suggests that the Pixel 5 will have a display size of 6 inches, hitting the middle ground between the Pixel 4’s 5.7-inch and 4 XL’s 6.3-inch displays. It’s expected to be accompanied at launch by a larger Pixel 4a 5G, which will in some ways take the place of an “XL” variant this year. That display will likely offer a 90Hz refresh rate, like the Pixel 4, rather than the 120Hz refresh seen on the highest-end phones like the Galaxy S20 series and Note 20 Ultra.

Here’s a quick rundown of the specs we currently expect the Pixel 5 to offer.

Google may be embracing the Pixel series as a more budget-minded alternative for those who still want premium features. According to many rumors, the Pixel 5 may do away with the flagship-level Qualcomm chip in favor of a Snapdragon 765G. In other words, the performance of the phone won’t perfectly match flagship phones like the Galaxy Note 20 — but there’s real question as to whether the average user would even notice. The 765G is proven to be a strong and capable chipset for most people.

The phone is rumored to offer 6GB or 8GB of RAM, a nice change for Pixel phones, which have long suffered from not having enough memory. It should also offer 128GB of storage, matching the much less expensive Pixel 4a but doubling last year’s Pixel 4.

One of the worst things about the Pixel 4 (and even the 4 XL) was the battery life, but rumors indicate that the new Pixel will step things up to a 4,000mAh battery. This should hopefully help ensure that the device has at least a respectable battery life, even if it doesn’t beat other devices in its price range — but given Google’s track record with battery life, we’re withholding excitement. The phone should also offer wireless charging and fast charging, just like before.

Of course, one of the best things about the Pixel series has long been the camera. That’s expected to continue with the Pixel 5 — though that will likely have more to do with the camera’s software, rather than its hardware.

On the back of the Pixel 5, it’s expected that the phone will offer a dual-sensor camera, with one standard and one ultrawide sensor. This is an interesting change for the Pixel series, considering the Pixel 4 offered a telephoto lens, and not an ultrawide one. It would have been nice if Google simply included both, but Google has long resisted adding more lenses to the Pixel series.

Software-wise, a teardown of the Google Camera app suggests that the device may get a new “motion blur” feature, along with an audio zoom feature and the ability to choose the intensity of the flash.

While rumors and leaks have confirmed many other aspects of the Pixel 5, not much has been said about pricing. Flagship phones are getting increasingly expensive, but considering the fact that the device has a Snapdragon 765G instead of a Snapdragon 865, it should end up costing less than other flagship devices.

If Google listens to potential customers, the phone could end up being relatively inexpensive. A Reddit user posted a survey that Google sent around to gauge smartphone prices, and the survey included a phone that fits the Pixel 5’s description and would start at $699. We’ll have to wait and see if the survey is an actual indicator of how much the Pixel 5 will cost.

We don’t really have many rumors on the release date of the phone just yet, but Google usually launches Pixel phones in the first or second week of October, and we’re expecting that to remain true this year. Of course, given the ongoing pandemic, possible supply issues, and so on, that could change.

We’ll update this article as we hear more about the upcoming Google Pixel 5, so stay tuned.