Home News Google Pixel 4a vs. Samsung Galaxy A51: Battle of the budgets
News

Google Pixel 4a vs. Samsung Galaxy A51: Battle of the budgets 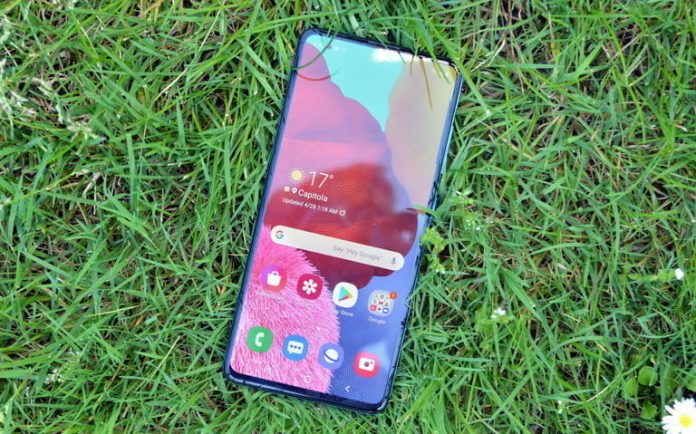 The Pixel 4a and the Samsung Galaxy A51 are excellent budget smartphones. They’re cheaper than most smartphones, but pack more than enough features into their frames to make their lower price seem like steals. The Samsung Galaxy A51 has a stylish design, sharp display, decent camera, and solid battery life, while the Pixel 4a boasts a flagship camera that you’d normally have to pay close to $1,000 to acquire.

But which one is better? We compare the two phones against each other across six main categories. By looking closely at how each one performs, we’ll help you make a judgment as to which handset is the best for you.

Aside from the placement of their punch-hole selfie cameras, the Google Pixel 4a and the Samsung Galaxy A51 are similar aesthetically. They both boast edge-to-edge displays, although the bottom of the Pixel 4a’s screen doesn’t quite extend all the way down to the bottom edge of its front (in comparison to the Galaxy A51). The 4a is also built from a duller matte plastic, while the A51 looks sleeker and a little more refined.

The A51 also offers a larger, 6.5-inch AMOLED display, while the 4a can muster only 5.81 inches of OLED. The A51’s display also comes with a bigger resolution at 2,400 x 1,080 (compared to 2,340 x 1,080), although its greater screen size means that it provides fewer pixels per inch. In practice, this shouldn’t make much of a difference, and it’s likely that the A51’s bigger AMOLED display will seem more impressive.

Size has its downsides, of course, and the downside of the A51’s superior dimensions is that it isn’t as comfortable to hold as the Pixel 4a. It’s about a centimeter and a half longer and also 28 grams heavier. This makes the 4a more ergonomic, while one-hand purists will be pleased by the fact that they can easily use Google’s phone with only a single hand.

As for durability, the Samsung Galaxy A51 comes with an IP68 rating, indicating that it can withstand longer immersions in water. The Pixel 4a doesn’t have an official IP rating, so it may not be as rugged as its rival. Combined with the more elegant design and the slightly more impressive display, this means our first round goes to the Galaxy A51.

Usually, performance is where the “budget” element of budget smartphones makes itself known. This is the case with both the Galaxy A51 and the Pixel 4a, although the 4a comes off looking a little better than its Samsung counterpart. It runs on the Snapdragon 730, which isn’t quite as fast as the more premium Qualcomm Snapdragon 865 but has been shown to be powerful enough to handle most apps without difficulty or noticeable slowdown.

As for the A51, it’s equipped with Samsung’s Exynos 9611 processor, which is basically a recycled Exynos 9610 from last year. When coupled with the fact that the A51 comes with only 4GB RAM as standard — compared to the 4a’s 6GB — it means that Samsung’s budget model can be noticeably slow in places.

The Galaxy A51 fares better in terms of battery life. It gives you 4,000mAh, while the 4a can manage only 3,140mAh. As with the A50, our review found that it lasts around a day with heavy use, while the Pixel 4a’s life may end up being disappointing for those who spend more time using their phones each day.

Both phones support fast charging, although the 4a allows for 18W, as opposed to 15W. However, because the 4a wins on performance while the A51 wins on battery life, we’re calling this round a draw.

The standards for cameras in budge’ smartphones are rising with every passing year. Taken on its own, the A51 has a very capable camera system based on a 48MP wide lens, a 12MP ultrawide lens, a 5MP depth sensor, and a 5MP macro camera. The macro lens helps you capture more vibrant close-up photographs, while the ultrawide lens allows for much better landscape shots, making the A51’s overall camera experience surprisingly versatile.

Unfortunately, the A51’s camera tends to struggle in poor lighting, which often robs it of the ability to take usable or sharable photos. The Pixel 4a doesn’t have this issue, however, and while the A51 is a perfectly adequate camera phone, the 4a is basically as good as any premium smartphone. It uses the same 12.2MP camera as the Pixel 4 and captures photos that are just as rich and as colorful. This might seem counterintuitive given that it has only a smaller, single rear lens, but Google’s machine learning prowess means that the phone squeezes every possible ounce of photographic life out of its lens.

The Galaxy A51 does better with video, mustering 4K at 30 fps, just like the 4a. That said, the difference in overall camera quality between it and the 4a can result in only one outcome: A win for the 4a.

The Galaxy A51 operates using Samsung’s One UI 2 interface, which is built on top of Android 10. It’s certainly one of the better Android mods available right now, offering an intuitive and frictionless user experience, even if it doesn’t provide any spectacular differences or updates from the first One UI.

Predictably enough, the Pixel 4a runs on Android 10. You know what you’re getting, and while this may leave 4a users with nothing extra to brag about, they’re guaranteed three years of updates from Google. They can also rest assured that they’ll receive updates more quickly than A51 users, who will likely suffer from Samsung’s track record of delivering new software at a sporadic pace.

As a result, this is another win for the 4a.

Being budget versions of more expensive smartphones, neither the Google Pixel 4a nor the Samsung Galaxy A51 offers any truly special features. The Pixel does get a few additional extras you won’t find on a stock Android phone, though, like the Google Maps augmented reality directions mode and artificial intelligence features like Call Screen.

Neither phone offers 5G as standard. However, the Galaxy A51 is available in a 5G version, while the 4a isn’t — yet. Yes, 5G networks still haven’t come close to taking over the world, but the ability to add 5G compatibility for an extra $100 should be welcome to those who plan to use their A51 for two or three years. Pixel fans will have to wait until the more expensive 5G version of the Pixel 4a comes out in a few months.

The Samsung Galaxy A51 starts at $400 for the version with 4GB of RAM. If you want the 5G version, you’ll have to pay $500. It’s being sold through Amazon, AT&T, Best Buy, Sprint, Verizon, and Walmart.

It may be fairly close, but the Google Pixel 4a is a better budget smartphone than the Samsung Galaxy A51 overall. It may not be quite as attractive, but its camera is significantly superior, allowing for photography in a wide variety of conditions. It also promises regular updates that will keep it running smoothly and securely, while its performance is a touch stronger. Its display is also basically as good as the larger A51’s, although its battery won’t be quite as enduring on a day-to-day basis.

Still, if you live in an area that has 5G or is likely to have it soon, you may prefer the A51. It’s a beautiful smartphone with solid fundamentals, and the ability to connect to 5G networks will make it surf the web faster than Google’s phone.