Home News Google Pixel 4a vs. Pixel 4: Save money or go all-out?
News

Google Pixel 4a vs. Pixel 4: Save money or go all-out? 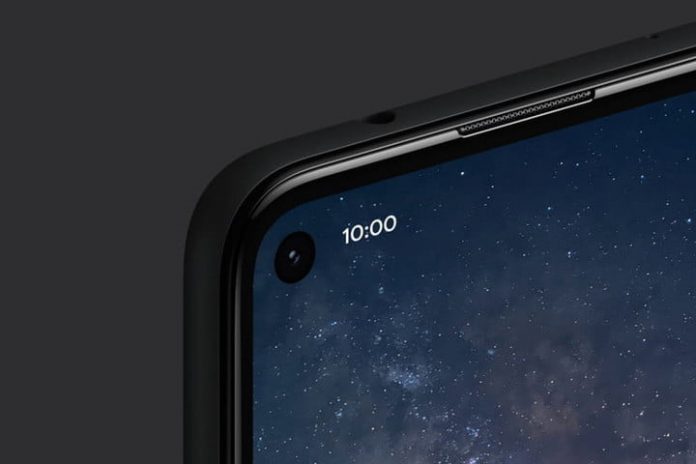 The Google Pixel 4a is Google’s latest shot at securing itself a piece of the midrange market, following the success of last year’s Pixel 3a. But we all know the new Pixel has competition within its price bracket, so how does it fare when put against a member of its own stable? The Google Pixel 4 may have been discontinued in the U.S.’s Google Store, but it’s still available from a number of stores like Best Buy — and at a bargain price, too.

With that in mind, should you buy the new Pixel 4a or spend a few extra hundred dollars and grab the Pixel 4 while you can? It’s a tough question to answer, but we’re here to help. We’ve taken deep dives into both phones to help you decide which phone is the better choice for you.

These phones may not be too far apart in release date, but their designs are acres apart. Oddly, it’s the cheaper phone that’s more pleasing to the eye, as the Pixel 4a embraces 2020’s design ethos with a punch-hole display and slim bezels. By contrast, the Pixel 4 has relatively large bezels on the top and bottom of the display, and while they’re required for the radar-like air gestures, it’s still a design you can describe as “retro” if you’re being kind and “outdated” if you’re not.

The feel of the devices puts the Pixel 4 back on top, though. It’s glass, while the Pixel 4a is made from plastic. That does give the Pixel 4a the edge in durability, though, so it more or less evens out. Do be careful with the Pixel 4a near water, though, as it lacks the Pixel 4’s IP68 rating for water and dust-resistance.

The displays are also similar, with both devices sporting a 1080p resolution. The Pixel 4a’s display is larger, but it has a boosted resolution to make up for it, so both AMOLED displays should look equally crisp. The Pixel 4 does have a 90Hz refresh rate, and while it’s somewhat inconsistent, it’s still a point in the more expensive phone’s favor.

Despite the price gap, this is an oddly tit-for-tat round. Both phones scored some major points but also took some big blows. This round comes out as a tie.

There’s a pretty big processor gap here. The Pixel 4 uses last year’s Snapdragon 855 chip, while the Pixel 4a uses the Snapdragon 730 chip. Performance on the Pixel 4a is likely to be good, but it’s not going to be able to chew up demanding games and apps in the same way as the Pixel 4. However, the Pixel 4a holds its own in other ways, with 6GB of RAM and 128GB of storage as standard.

The biggest weakness of the Pixel 4 is undoubtedly the battery. A 2,800mAh cell is minuscule in this day and age, and it simply doesn’t hold up well enough. In our review, the Pixel 4 only just survived a full day, and that’s before the battery naturally starts to weaken over time. During busy days, expect to need to charge it multiple times. We haven’t had much chance to play with the Pixel 4a’s battery yet, but it has a larger cell and lower-powered hardware, so it should outlast the Pixel 4. Both have 18W fast charging, but only the Pixel 4 has access to wireless charging.

The battery life may be bad, but the faster processor and access to wireless charging just pips this for the Pixel 4. But it’s close, and if you value battery life, feel free to mentally award this one to the Pixel 4a.

Google’s Pixel range has traditionally been the home of some of the best smartphone cameras, and this year is hopefully no exception. The Pixel 4’s camera suite is comprised of a 12MP main lens and a 16MP telephoto lens, and it’s a stunner. Google’s software has proven to be a winner again and again, and the Pixel 4 takes great-looking photos in a range of situations. The star of the show is the low-light performance, though, and you’ll get incredible looking shots, even at night.

The Pixel 4a is a small step down and does away with the second lens, but we’re hopeful it’ll bring across a similar level of polish once we finally get the chance to test it out. However, it does seem the extra lens and versatility give the Pixel 4 the win for now.

Android 10 running on the Pixel 4 and 4a is the cream of the crop. It’s smooth, snappy, and comes with a bunch of features not available with your usual stock Android device. However, that means both devices run exactly the same software, so there isn’t really much to differentiate the two here. It’s the same story where updates are concerned, and you can expect to see security updates and new versions of Android hitting both devices at about the same time, so expect Android 11 on both. There’s next to no difference here, so it’s a draw.

Despite its midrange price, the Pixel 4a has access to a good amount of special features. It’s got artificial intelligence call screening in the U.S., the Now Playing feature that identifies nearby songs, an augmented reality mode in Google Maps, and more. But the Pixel 4 has access to those and more, thanks to the air gesture Motion Sense powered by the Project Soli chip. While it’s certainly gimmicky, having the ability to skip tracks or pause alarms by waving over your phone and unlocking your phone with a secure face scan push the Pixel 4 past its cheaper sibling in this round.

The Google Pixel 4a is currently available for pre-order in the U.S., and it will release on August 20.  It costs $349. The Pixel 4 has officially been discontinued in the U.S., but you can still find it for sale at just $550 from third parties like Best Buy. But you’ll want to be quick, as stock won’t last forever.

With such a big gap in price and hardware, it could only be the Google Pixel 4 that came out on top in this battle. The additional camera lens, faster hardware, and fun air gestures were pivotal to its win, and it’s why we can say that the Pixel 4 is the better of the two on offer.

But we knew that already — a midrange phone was always going to struggle to beat a flagship. The real question here was how big a difference exists between the two phones, and, well, it’s not as big as you might imagine. While we’re yet to fully review it, the Pixel 4a looks like a great phone so far, with a capable camera, speedy performance, and what we hope is great battery life. While this may be subject to change once the full review comes in, for the moment it seems the Pixel 4a is a worthy competitor for the Pixel 4, and if you’re looking to save a couple of hundred dollars, buying the Pixel 4a instead of the Pixel 4 is definitely worth considering.

Last chance to save on Apple AirPods, Samsung Galaxy Buds for Prime Day

Prime Day has arrived, and with it, savings on true wireless earbuds like AirPods and Samsung Galaxy Buds.
Read more

iPhone 12 vs. iPhone XR: Time for an upgrade?

If you're currently deciding between the new iPhone 12 and the 2018 iPhone XR, then we're here to help. We're taking a look at both phones side by side.
Read more

It's about time you owned a pair of wireless headphones, and the good news is even if you missed Prime
Read more

Amazon Prime Day 2020 is over and bound to the history books. The sale offered over a million deals this
Read more