Google also announced the rollout of dark mode for iOS. 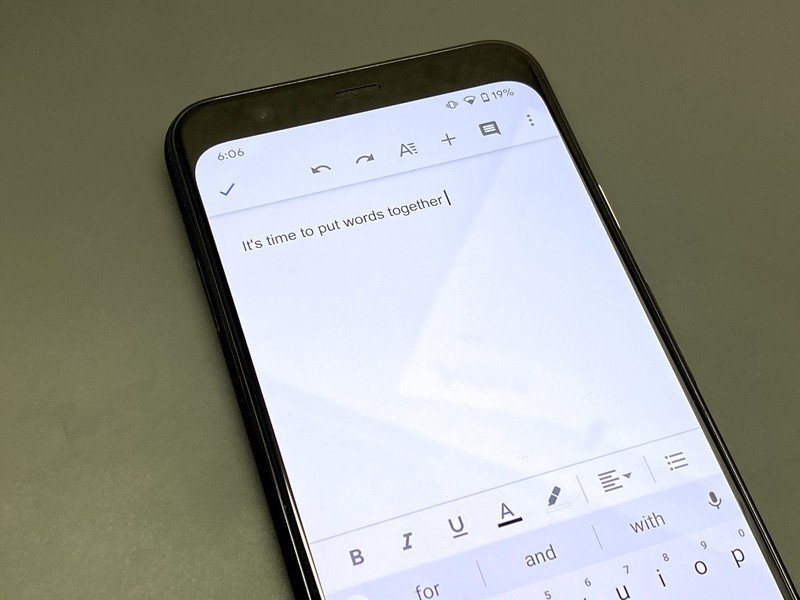 Google will let you be more productive on mobile as the company launches a couple of new features for Google Docs, Slides, and Sheets. It has introduced Smart Compose, link previews, Office file support, and more. All of these features are either already present, or coming to iOS and Android shortly.

The former feature builds upon Google’s powerful word suggestion and lets the company suggest phrases that you’d be more or less likely to have written. Like with Smart Compose on Gmail, it will find its use in writing more standardized documents, although it may not work so well if you’re trying to be creative.

Next, we have link previews. You’ll be able to tap on a link in a Google Doc and see a short preview of what’s behind it. The aim of this is to streamline multitasking by keeping you on the same page and offering up pertinent information at a glance. You’ll still be able to tap into the link if you want, but you’ll now have more information about what you’re getting into. Both features will roll out to iOS and Android over the next couple of weeks (with the exception of link previews which is already on iOS.)

Google also announced the inclusion of Office file support on mobile. You now no longer have to convert an Office file to a Google Doc supported one to make changes to it on mobile. Just like on the web, you can now edit said file as is.

Other features Google highlighted today include:

On the desktop, Gmail prepares to take on Slack

Google services return after half-hour outage due to server crash

Fortnite's season 4 week 5 challenges are live now, and one requires you to make a Stark Robot dance. Here, we'll show you everything you'll need to know.
Read more

The latest batch of Fortnite challenges are available now for season 4, week 5. In this guide, we'll show you how to collect floating rings at Coral Castle.
Read more

The best iOS 14 tips and tricks

There are tons of new features in iOS 14, and they are working fairly well so far. We offer some tips and tricks for taking advantage of them.
Read more