HomeHow toFinal Fantasy XIV patch 5.3 quest locations guide: How to get started
How to 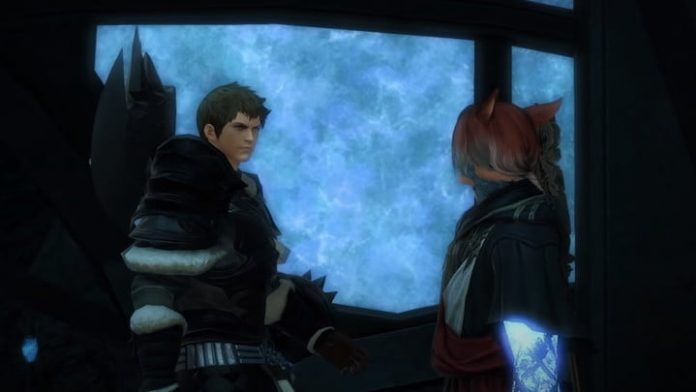 After a lengthy delay, Final Fantasy XIV patch 5.3 is on the horizon. The Shadowbringers main scenario quests are headed toward their big finale, so expect plenty of plot development and probably a big character death (or two) as the game begins to tie up its loose ends and slowly unravel new mysteries that should lead into next year’s unknown expansion.

Like any past patch, the road to new content unlocks can get blurred. There’s a lot to sink into, with plenty of prerequisite quests needing to be cleared to get to the new stuff. To make things a little easier, we’ve prepared this cheat sheet. Use it as a quick reference to get you up to speed, finish off any lingering quests locking you out of the new stuff, and otherwise get a refresher of what’s happened since 5.2 hit the servers earlier in the year.

Shadowbringers introduced one of the game’s best arcs to date. As we head closer to its finale, the big patch 5.3 main story quests are expected to be some of the most important pieces of story development since the start of the expansion. Revelations of Hydaelyn and Zodiark’s place in the world have already shaken the game’s long-standing lore to its core, and with 5.2 throwing the idea of the Echo, our character’s powerful spiritual link to the light of the world, on its head, there’s bound to be a lot to unpack before long.

To get started with the patch’s new story content, you’re going to want to have completed the 5.2 questline that started with Old Enemies, New Threats at The Rising Stones and ended with Echoes of a Fallen Star. If you have those in your completed quest log, you’re ready to go.

Lucky for us, the main scenario tab somewhere on your UI should let you know exactly where you’re up to and what to do next. New to this one, however, is the need to have completed the entire Crystal Tower questline. That’s the 24-man raid content from A Realm Reborn. If, for whatever reason, you didn’t visit that magical place, you’re going to want to grab the quest Legacy of Allag in Mor Dhona.

For better or for worse, the whole of Norvrandt has become a battlefield that our Warriors of Darkness must now fight their way through. As has been the case with all previous Shadowbringers dungeons, this is tied to the main storyline. That means unlocking The Heroes’ Gauntlet should happen naturally as you progress through the new main scenario quests.

The continuation of the NieR: Automata crossover raid from series heads Yosuke Saito and Yoko Taro is a highlight of patch 5.3. The unlock method for this one is slightly more involved than past 24-man raids, mostly due to the questline progressing slightly in the past even-numbered patch. That’s practically unheard of in the MMO’s long update history.

If you didn’t quickly fly through the two YoRHa: Dark Apocalypse quests from patch 5.2 (starting with Carnivals and Confrontations and ending with One Way to Do It), you won’t be unlocking the second raid, The Puppets’ Bunker, quite as quickly as everyone else.

Once those missions are done with, you can continue to the quest chain to unlock the raid by picking up the quest We Can Rebuild Her from the Dig Site Chief in Kholusia.

This patch’s side-quest trial is Sapphire Weapon, a machine that was blown to smithereens in Final Fantasy VII before players were able to take it on. It continues the Weapon quest chain that gave that introduced Ruby Weapon earlier this year, so expect a fairly difficult fight once you unlock the Extreme mode from Minstreling Wanderer in the Crystarium.

Given Sapphire Weapon’s potential first proper appearance set for one of the canceled Final Fantasy XV DLC stories, its appearance in Final Fantasy XIV patch 5.3 will mark the first time players can fight the machine in a mainline game.

Shiva is back. Again. So soon after her reimagining in the 5.2 Eden’s Verse fight, Shiva is the first legacy fight to get the new Unreal difficulty treatment. Given all the new skills we’ve gained since the level 50 cap, it should be a fun way for veterans to experience a classic fight in a new light.

There’s little info on where exactly Unreal sits on the current difficulty chart, but the general idea appears to be a retuned fight that should give newcomers a way to see how the fight played out before three expansions worth of gear turned it into a quick and easy pony farm.

Unreal trials are a new weekly activity designed to breathe new life into the Wanderer’s Tales, so you’ll have to have cleared the quest Keeping up with the Aliapohs to get started.

Ehll Tou, a curious little dragon, has started to accept custom deliveries to aid in the restoration of Ishgard. As ever, both crafters and gatherers can take part in the activity, with appropriate scrips and generous experience points being dished out to those who help.

Being part of the Ishgardian Restoration questline, you’ll need to have progressed through the 5.21 continuation of it to unlock Ehll Tou as a delivery recipient.

One quick thing to note here is that the Final Fantasy XIV dev team doesn’t consider the First’s answer to potato-shaped Lalafell to be beasts in the game’s traditional sense, instead referring to these Dwarf versions simply as Tribe quests. It’s a first for the game and a huge step for equality!

These new tribe quests are centered around crafters, so if you’ve already burned through the Crystarium quests to quickly level your first crafter to 80, here’s a solid backup plan. You’ll need to go through the dizzying chain of events the Dwarfs have going on before unlocking these, but if you managed to unlock the NieR raids a couple of patches ago, chances are you’re good to go. If not, check out the raid section above.