Home News Dell Inspiron 14 5000 review: Too cheap for its own good? 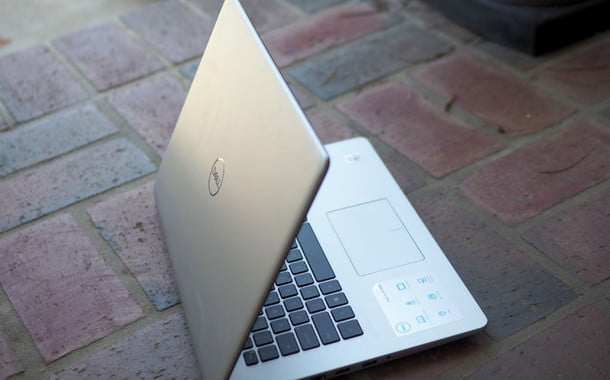 “The Dell Inspiron 14 5000 is a cheap laptop that feels and performs like one.”

Budget laptops are experiencing a renaissance. Recent models have been sleeker, faster, and longer lasting than ever — in some cases, rivaling premium laptops.

If you need some examples, just check out laptops like the Lenovo Yoga C640, the Lenovo Flex 5 14, and the Acer Swift 3 with Ryzen. From performance to design, it’s hard to overstate just how good these laptops have gotten.

That’s a mighty attractive price, but can the Inspiron 14 5000 clear the high bar set by other recent budget laptops?

Sometimes, a laptop is made of plastic but doesn’t feel like it. It’s plenty rigid and exudes a quality feel — the Lenovo Flex 5 14 is a prime example (yes, I’ll mention that laptop throughout this review). Then, there’s the Inspiron 14 5000, a plastic laptop that looks and feels like one.

The lid, keyboard deck, and chassis bottom all have way too much flexing and bending going on. A year ago I might have written that off due to the price. Today, the Inspiron just feels cheap. Even opening the hinge gave the impression of cheapness — the hinge is quite stiff, and you need to wrangle it open with two hands. And yet, the screen still wobbled while using it.

The Inspiron 14 5000 resembles a lot of laptops in this price range.

The Inspiron 14 5000 is also pretty chunky, at 0.83 inches thick and weighing 3.63 pounds. Those measurements are pretty close to the Flex 5 14’s 0.82 inches and 3.3 pounds. However, the Flex 5 14 always felt like it had the build quality to justify the extra bulk. The Inspiron 14 5000, on the other hand, just feels like an old-school budget laptop that’s too large just because the engineering dollars weren’t spent to slim it down.

Acer’s Ryzen-based Swift 3, another 14-inch clamshell laptop, comes in at just 0.63 inches and 2.65 pounds, and it costs just $650. If there really is a new wave of higher quality budget laptops on the way, the Dell doesn’t fit in.

The Inspiron 14 5000 resembles a lot of laptops in this price range. It sports a silverish chassis, with a few chrome-colored accents here and there. The dark-colored bezels don’t add to the look, and while they’re thin enough on the sides, the massive chin is unsightly.

Once again, the Inspiron 14 5000 comes across like an old-school budget laptop and not one of the newer crop of machines that, in this case, look like they should cost more money. The Lenovo Yoga C640 and Flex 5 14 are both examples of better-designed budget machines.

Expandability is one advantage the Inspiron 14 5000 has over its competitors.

Expandability is one advantage the Inspiron 14 5000 has over its competitors. You can configure two drives, up to a 2TB hard disk drive (HDD) and up to a 512GB SSD at the same time. That’s a benefit for anyone who has a lot of files to carry around.

Dell also took advantage of the larger chassis to equip quite a few ports. There are two USB-A 3.1 Gen 1 ports, a USB-A 2.0 port, a full-size HDMI port, an Ethernet drop-jaw connector, and a full-size SD card reader. If you opt for the configuration with a discrete GPU, then you also get a USB-C 3.1 port.

Overall, while it lacks Thunderbolt 3, that’s an impressive collection of ports. Wireless connectivity is Wi-Fi 5 and Bluetooth 5.0.

The Inspiron 14 5000 uses an Intel 1oth-gen Core i5-1035G1 CPU, a midrange processor in the Core line that promises solid quad-core performance. That’s what the Inspiron delivered — good performance that lives up to the CPU but nothing that stands out. The challenge for Dell is that two of the other competitors we’ve mentioned, the Flex 5 14 and the Swift 3, use AMD’s Ryzen 4000 processors that make mincemeat of Intel’s offering at this price.

The same held true in our more real-world Handbrake test that converts a 420MB file to H.265. Here, the Inspiron took just over 4.6 minutes to complete the test compared to the Spin 3 at just over four minutes, meaning that the Inspiron fell behind even its most direct competitor. The Flex 5 14 took just 2.7 minutes and the Swift 3 finished in 2.5 minutes, demonstrating just how much faster the AMD processors are in demanding tasks.

Don’t get me wrong — the Inspiron 14 5000 gets the job done in productivity tasks, web browsing, media consumption, and the like. But it faces some stiff competition from laptops like the Flex 5 14 and Swift 3 that leverage AMD’s excellent new silicon.

Some budget laptops make up for other deficiencies by equipping a nice display, such as the Yoga C640 that enjoys a display that rivals laptops costing more than twice as much. Alas, that’s not the Inspiron 14 5000 — its display is way behind the curve, demonstrating the kind of low quality that we once assumed we’d see with laptops in this price range.

To begin with, it suffers from very low brightness, namely 195 nits that is well under our preferred 300 nits and makes a real impact on working on the laptop, viewing images, and watching video. It’s an anti-glare display, and so that helps a little. But as you can see in the photos above, it still comes across as a bit hard to read with any significant ambient lighting. The Yoga C640 and Flex 5 14 both hit a more reasonable 242 nits, by means of comparison.

The display is another area where the Inspiron 14 5000 fails to impress against some of its competition.

The Inspiron 14 5000’s display will get you through your productivity tasks without a problem, but you won’t love the experience. Ultimately, it’s another area where the Inspiron 14 5000 fails to impress against some of its competition.

The audio was similarly a mixed bag. The speakers offer plenty of volume but a bit of distortion as things got louder. Bass was lacking, and mids and highs weren’t pleasant, making this a disappointing sound system. You’ll undoubtedly want to plug in headphones or use an external Bluetooth speaker if you’re doing more than watching the occasional YouTube video.

The Inspiron 14 5000 doesn’t equip the excellent keyboard you’ll find on its more expensive XPS line, but instead uses a version with smaller keycaps and less spacing that makes for a bit of a cramped feel. The mechanism is OK, with good travel and a click that’s precise and doesn’t bottom out uncomfortably. If you’re a fast-touch typist, you may not hit your maximum speed with this keyboard, but you won’t be too far off.

The touchpad is equally adequate. It’s a Microsoft Precision touchpad, and so it supports Windows 10’s multitouch gestures reliably, and its surface is comfortable and provides good tactile feedback. There’s no touch display here, which may or may not matter to you. I favor laptops with touch displays, but I might be in the minority there.

Windows 10 Hello is provided by a fingerprint reader that’s built into the unmarked power button. I was able to log in quickly and accurately without ever need my PIN or password.

Another measure of an old-school budget laptop is battery life, which tends to be rather poor as the battery capacity is sacrificed in the name of cost. The Inspiron 14 5000 suffers from a paltry 42.5 watt-hours of battery, which is significantly less than the 52.5 watt-hours in the Lenovo Flex 5 14. It’s not a lot of juice for a laptop with a Core CPU and a 14-inch display. My battery tests only affirmed this.

First, in our demanding Basemark web benchmark test, the Inspiron 14 5000 lasted for a paltry hour and a half. That’s a poor score usually relegated to gaming laptops that run fast CPUs at full throttle. The Flex 5 14, which we didn’t give high marks for battery life, lasted for almost four hours, and the Yoga C640 made it to over 3.5 hours. Simply put, the Dell isn’t going to last long if you’re pushing the CPU.

Next up was our web browsing test, where the Inspiron scored 4.7 hours. Again, this is a poor result, with the Flex 5 14 lasting eight hours, the Yoga C640 10.5 hours, and the Acer Swift 3 with Ryzen making it to just under eight hours. The Inspiron 14 50oo likely won’t make you more than half a day of even light productivity and web browsing tasks.

The bottom line is that the Inspiron 14 5000 has inferior battery life that’s disappointing even given the price — and particularly compared to some other recent budget laptops.

The Dell Inspiron 14 5000 is an old-school budget laptop that cuts corners everywhere, so much so that it’s a little jarring to review it so soon after checking out the Lenovo Flex 5 14 and Yoga C640. The Inspiron’s display is dull, its performance gets trounced by Ryzen 4000 laptops, and its battery life is terrible.

Budget laptops are getting so much better, and the Inspiron 14 5000 has been left behind.

It’s been obvious from this review that there are better alternatives than the Inspiron 14 5000. Chief among them is the $600 Lenovo Flex 5 14, which offers a similarly poor display but beats out the Dell in performance, battery life, durability, and overall good looks. Plus, it’s a 2-in-1, which is a nice perk.

You could also opt for the Acer Swift 3, which is another 14-inch clamshell that’s faster and enjoys a better battery life. And it costs the same as the Dell’s retail price and is well worth the $80 premium at the Inspiron’s sale price.

The Inspiron 14 5000 doesn’t evoke that much confidence in its longevity. Probably it will make it through a few tumbles, but I wouldn’t want to abuse it. The one-year warranty is standard and disappointing, as usual.

No. The Inspiron 14 5000 might have been attractive at its price even a few months ago, but there are many far better budget laptops available today. 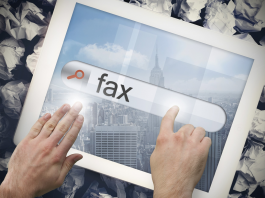 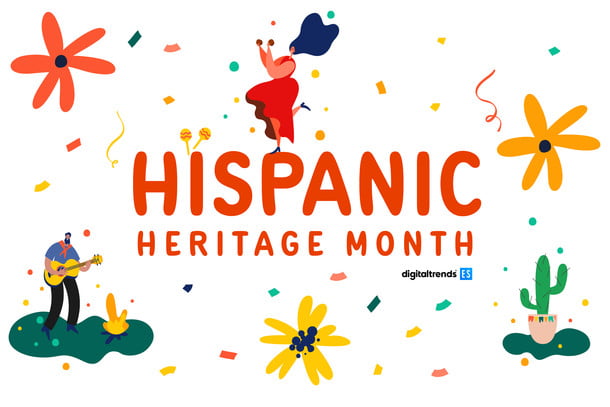 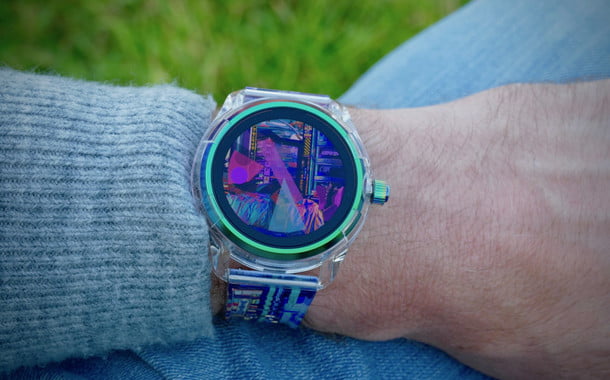