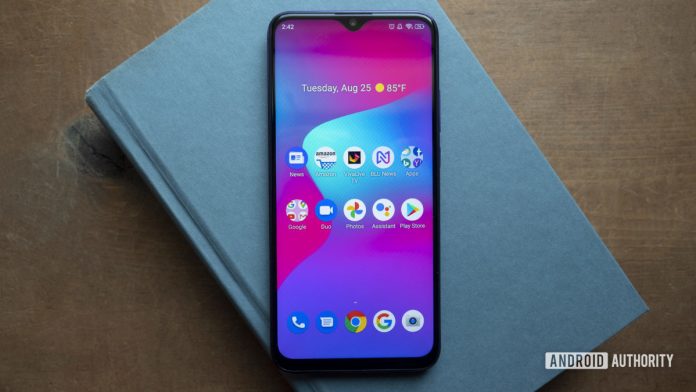 One of the best ways to play graphic-intensive mobile games like Fortnite and PUBG Mobile is with a dedicated gaming phone. You’ll need to pay a pretty penny in the US to get a phone built for gamers, though. Asus and OnePlus have the high-end covered, but what do you do if you’re on a budget?

Blu, the Miami-based budget phone company, is releasing its first ever gaming phone. And in typical Blu form, it’ll cost you next to nothing compared to the other gaming-focused devices.

I’ve spent a day with the Blu G90 Pro. Here’s why I think it might be a good pick for those trying to save a few bucks.

Design and hardware: How much does this phone cost again?

$200 doesn’t normally get you a lot of phone in the United States, but there are a few welcome surprises on the Blu G90 Pro’s spec sheet that might help satisfy mobile gamers.

First, the chipset. The Blu G90 Pro is powered by the tried-and-true MediaTek Helio G90T SoC and Mali-G76 GPU. It’s also backed by 4GB of RAM. This is the same SoC/GPU combination that’s found in the Realme 6 and Redmi Note 8 Pro. It’s no top-tier Snapdragon chip, but it should be more than enough to handle everyday tasks and, of course, games.

The G90 Pro performed well during the setup process and throughout testing a few mobile games. I can’t comment too much on how well the G90 Pro performs in other scenarios, but things are looking promising so far.

For what it’s worth, Blu says the G90 Pro beats the Moto G8 Plus, Moto G Power, Redmi Note 9, and Galaxy A31 in benchmarks. We’ll verify these claims after we’ve been able to spend more time with the device.

The phone is also outfitted with a liquid cooling system, which should keep things from warming up while gaming. The phone got pretty warm during the setup process, but not so much that it would affect gameplay. I’ll monitor this as testing continues. 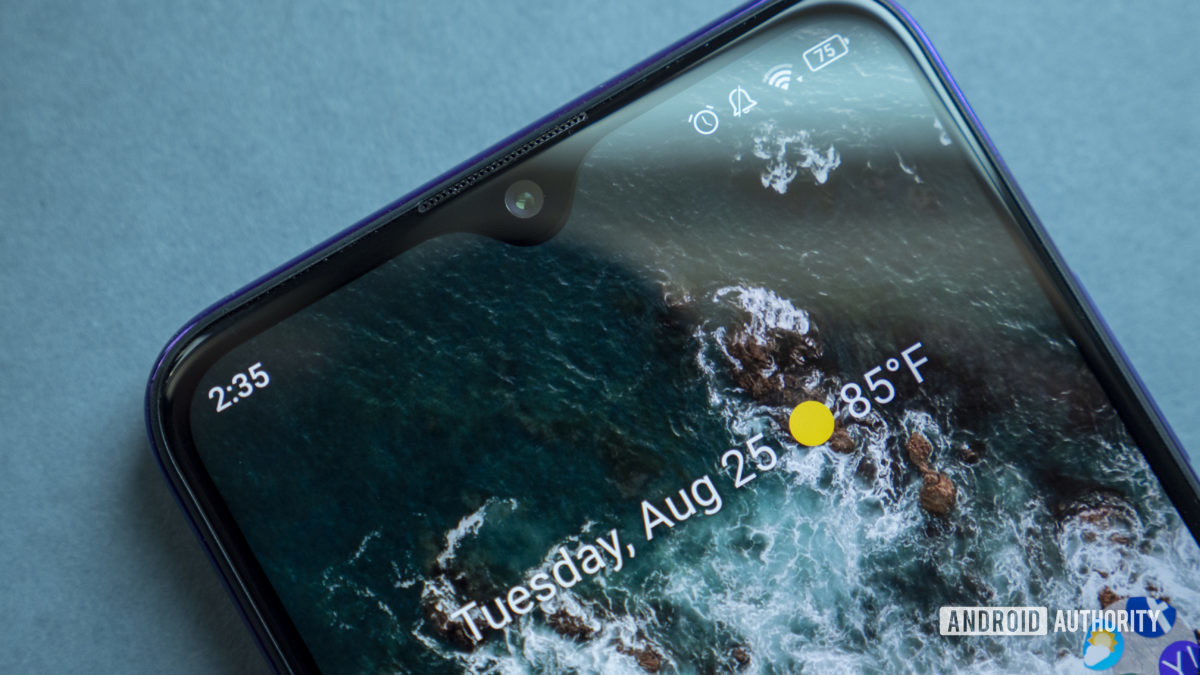 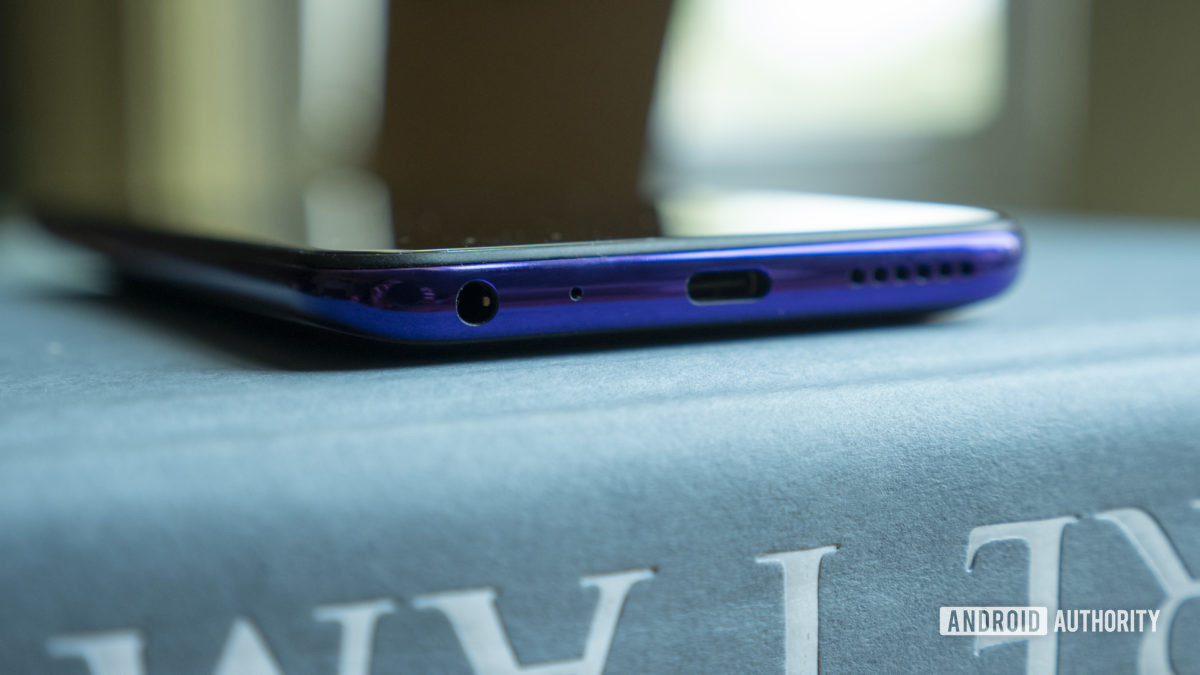 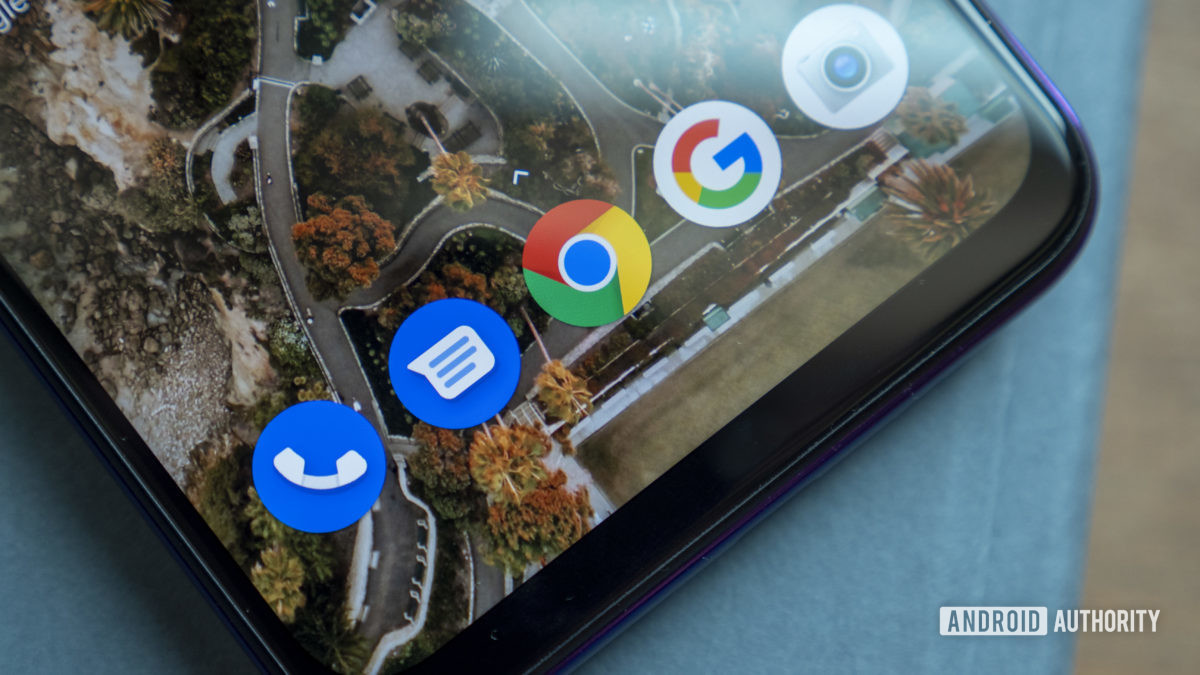 A big 6.5-inch LCD display is what you’ll be looking at while playing mobile games. It gets super bright and plenty dim. I haven’t used an LCD in a while, and I must say I don’t mind this panel. You’ll find minimal bezels around the display. There’s a small waterdrop notch for the front-facing camera up top, and a slightly larger bezel on the chin.

This is a big phone. Chunky, too. It’s slightly bigger than the Pixel 4 XL, not quite as big as the Galaxy Note 20 Ultra. At least that big chassis allows for a giant battery. The G90 Pro has a 5,100mAh cell, which I can already tell will last far more than a day. After playing a handful of games, checking my email, and leaving it on standby for about an hour, the battery went down just 1%.

Four cameras can be found around back — well, three plus a depth sensor if you want to count that. The primary lens is a 48MP Sony IMX582 sensor. There’s also an 8MP wide-angle ƒ/2.2 sensor at 120 degrees, as well as 2MP macro and depth sensors. This combination should provide a versatile camera array. I’m already excited to use a wide-angle camera again. Up front, there’s a 32MP selfie camera.

The front-facing camera allows for face unlock. It’s pretty fast and definitely more reliable than the fingerprint sensor. Google and Apple’s face recognition tech is far more secure than Blu’s camera-only implementation, but it’s a decent way to get into your device. 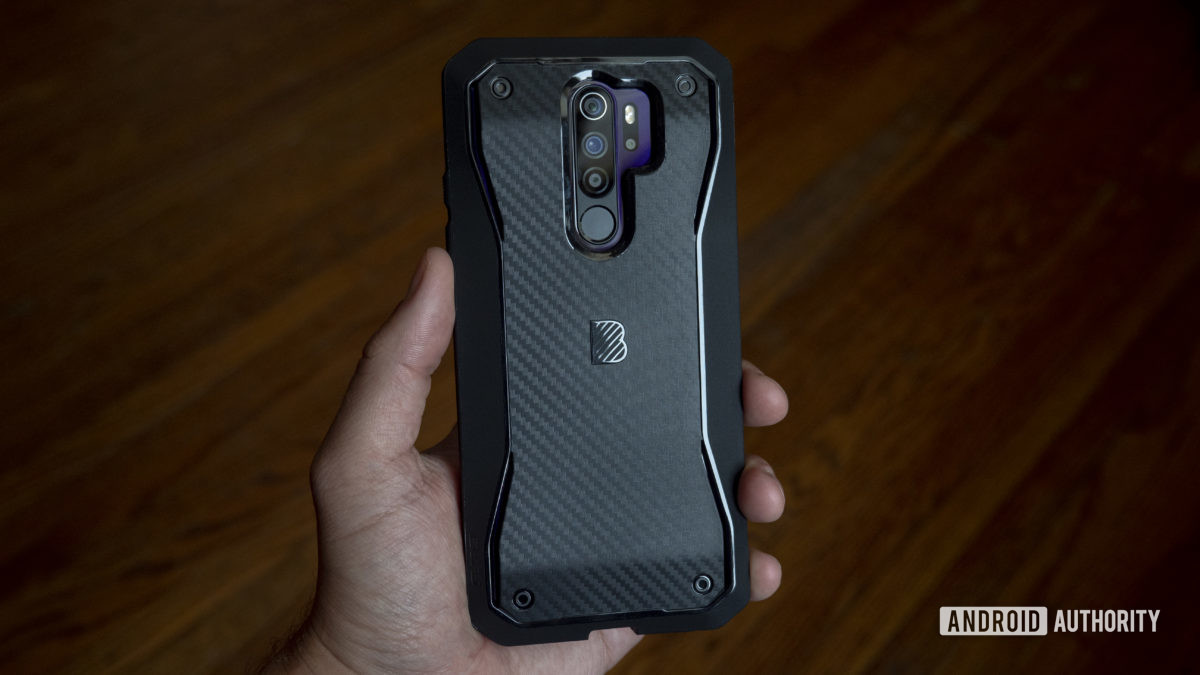 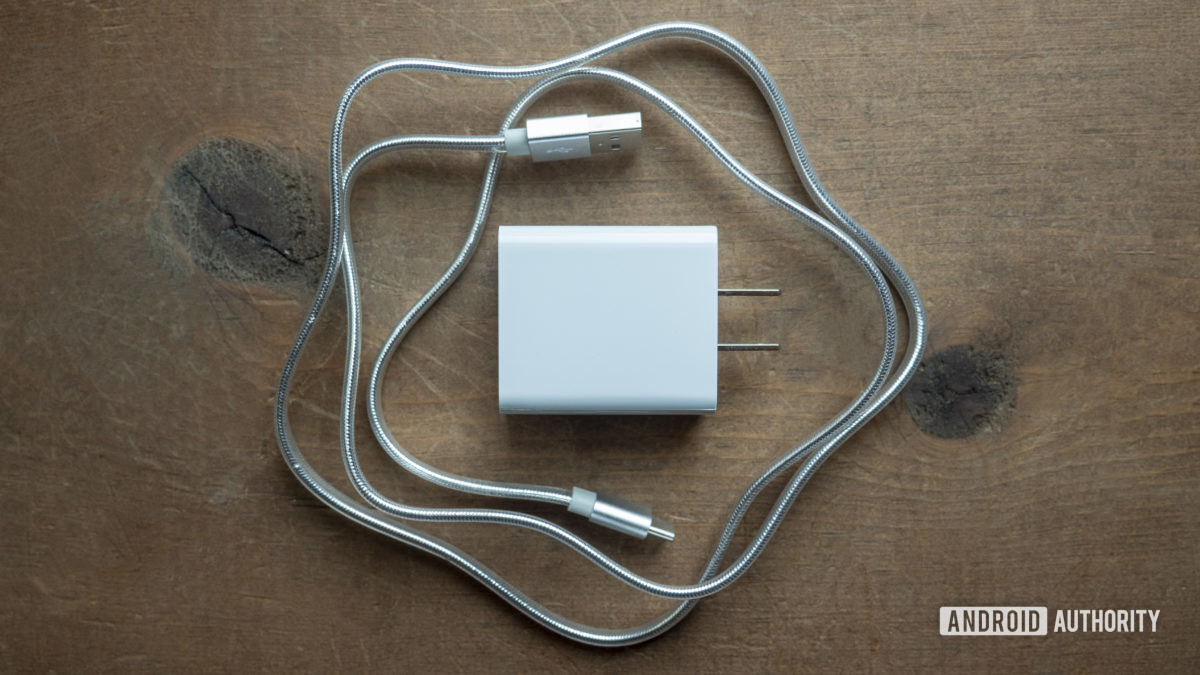 Blu threw in a bunch of goodies with the phone. You get a very protective rubber case, a cleaning cloth, a screen protector, a pair of earbuds, a Blu sticker, and a USB-A to USB-C charging cable and brick. The charging cable has a weird tacky plastic coating on it that makes me not want to use it.

Gaming with the Blu G90 Pro This is a gaming phone, so let’s talk games. Over the last day or so, I’ve played a variety of mobile games including Alto’s Odyssey, Fortnite, and Lego Star Wars: TFA. Overall things have gone pretty smoothly.

I ran into zero issues with Alto’s Odyssey and Lego Star Wars: TFA. Minimal dropped frames and no lag whatsoever. It takes a bit more power to run Fortnite on a smartphone, and the Blu G90 Pro handled the game with few issues. I didn’t play for long, but I went through the whole process of downloading Fortnite, starting a match, playing for a few minutes, and switching over to another app to answer an email. The G90 Pro didn’t slow down until I tried to switch to another app. There’s only 4GB of RAM here, so that could be where the lag was coming from. 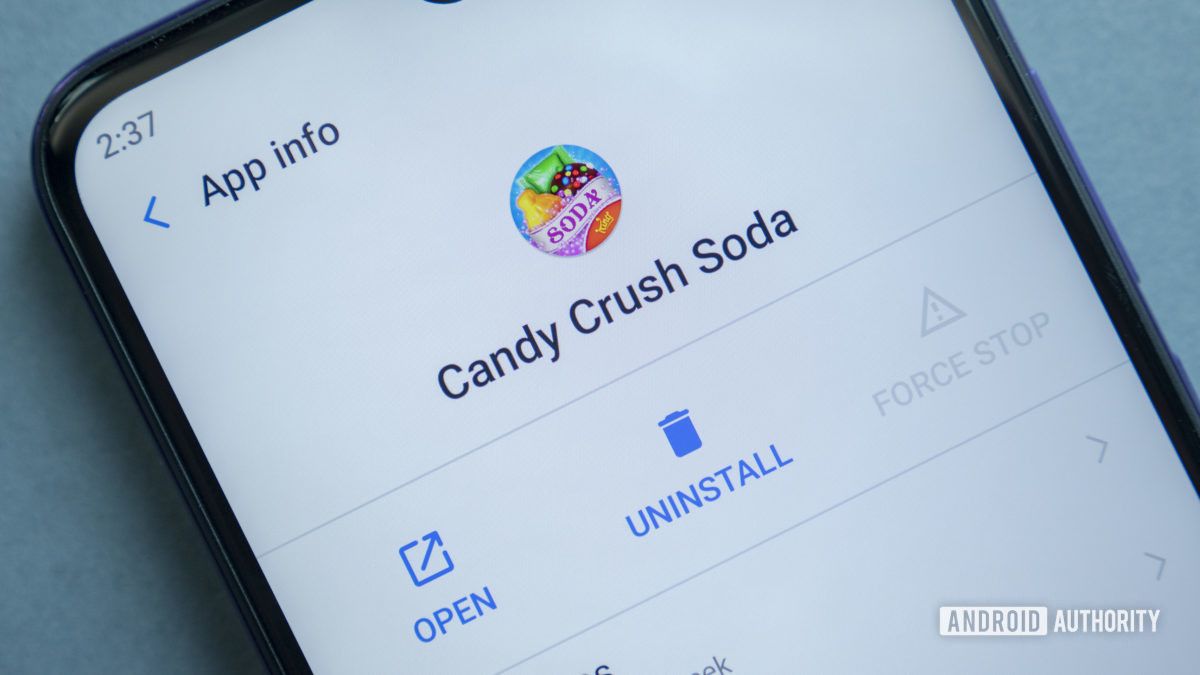 The Blu G90 Pro runs Android 10 out of the box. Blu took Google’s implementation of Android 10 and customized a few select parts of the OS. The home screen launcher looks very similar to the Pixel Launcher, though there’s no search bar on the bottom. You can choose to enable or disable the app drawer, too.

My biggest gripe so far is the bloatware. The Blu G90 Pro comes with riveting games like Candy Crush Soda and Coin Master, as well as apps like TikTok and VivaLive TV. Shortcuts to Bing and Yahoo are also included on the home screen, though these are just mobile web shortcuts, not apps. Luckily you can uninstall all the preinstalled third-party apps you want.

Blu has also committed to quarterly security updates for all its smartphones. Full system updates are another story — the company only issues major software updates to select phones, and we aren’t sure whether or not the G90 Pro is on that list.

There’s also a question of whether or not you should consider a Blu phone in the first place. The company certainly has a checkered past with privacy and security issues, but Blu has supposedly done its part to shape up its reputation and improve its device security.

If that all sounds good to you, now is the time to buy. The Blu G90 Pro is available for purchase today for the temporary sale price of $199.99. After the promotional period is over, it’ll go back up to its normal MSRP of $249.99. Blu says there’s no exact timeframe for this promotion. The phone will only launch in the US and Latin America.

Playing graphic-intensive mobile games can be a chore if you’re not using the right hardware. Dedicated gaming phones usually cost quite a lot, but Blu’s new G90 Pro gaming phone brings you the goods for just $200.

That $200-$250 price point puts it right in line with fierce competition like the Moto G Power, TCL 10L, and the Samsung Galaxy A51 (or the Pixel 4a if you take advantage of the recent Verizon deal). Phones in this price range offer tremendous value, but often have one or two major trade-offs to hit that lower price. It’ll be interesting to see if the Blu G90 Pro will be able to keep up with competing products.

It’s far too early to tell whether or not the G90 Pro will be worth the money, but you won’t need to wait long to find that out. Stay tuned for our full Blu G90 Pro review coming shortly.