Beat Racer dazzles with an incredible soundtrack and addicting gameplay 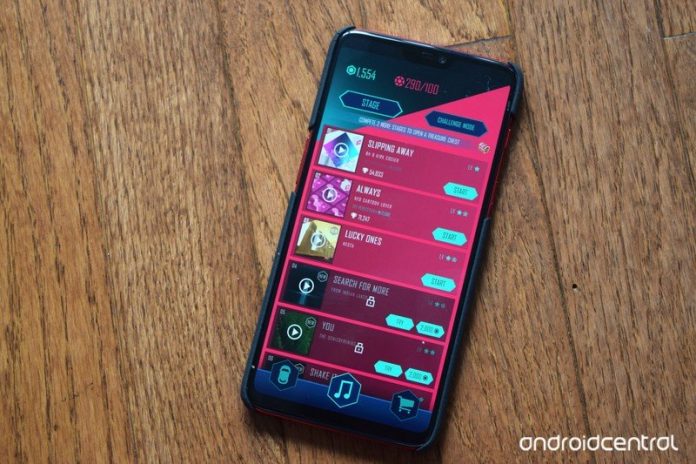 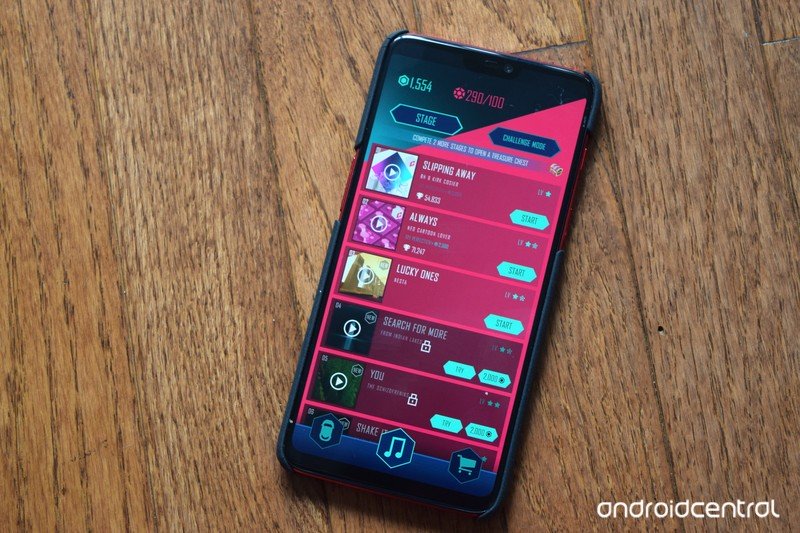 Who’s ready for indie electronic music and a retrowave look?

Hello there, and welcome back to Android Central’s Game of the Week. This time around, we’re changing up the beat a bit with Beat Racer. This game stood out to me based on its looks alone, but when I heard the soundtrack, I knew I had to try it out. Though not quite an endless runner due to the fact that it’s not an infinite space, Beat Racer is still a swiping adventure as you collect gems along the track.

Hours ticked by while I played some of the different stages to unlock the next one, just so that I could hear what its song would be. Each stage is defined by a certain track.

Unfortunately, Beat Racer has some freemium drawbacks that are worth noting. I’ll get to them in a bit.

Instead of a character running along endlessly, Beat Racer has you drive a variety of futuristic/cyberpunk cars. Your driver is racing along a long road, swerving to catch gems, jumping to avoid traps, and throwing attacks backward to get the pursuing enemies off his tail.

You can upgrade your cars for extra speed or purchase new ones, each unique in their design. The entire aesthetic of the game really draws me in, since I’m a sucker for anything retrowave. It also has that cyberpunk feel as you drive down the road.

Your goal is to reach the end of the track with as high of a combo as you can attain. If you miss a gem or hit a trap, you lose your streak and have to start over. As you go along, you’ll build up power for an attack. Coming in behind you every so often will be enemies, which will end your run completely if they reach you. However, you can fight back by lining up with them and swiping down on the screen, which destroys them.

Perfectionists and completionists will find a lot to love (and stress about) with Beat Racer. Fans of electronica, such as trance, will love the soundtrack. And people who want to test their reflexes can throw themselves against Beat Racer’s challenging tracks. Fortunately, and unfortunately, for me, I fit into all of those categories, making Beat Racer a near-perfect game for me.

Hours ticked by while I played some of the different stages to unlock the next one, just so that I could hear what its song would be.

Sadly, there are a few caveats. Beat Racer is free-to-play, which comes with its own problems. You can gain in-game rewards for watching ads (which can be removed entirely for $2.99), there’s a stamina system, and a currency you use to purchase upgrades or more stamina. The store also offers power-ups, like shields and magnets, to make gameplay easier.

For me, Beat Racer is a mobile version of Tron Run/r, a very similar game set in one of my favorite universes. I really enjoy the aesthetic, the music, and the gameplay. It’s easy to learn but difficult to master, and I really appreciate games like that.

So that’s Beat Racer, and now that we’re done, be sure to check out the best Android games you can play. And if you want to see more Games of the Week, then you also check out our back catalog.

Game of the Week 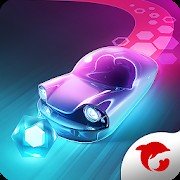 Beat Racer is a running game where your goal is to collect as many gems in a row as possible, all while avoiding traps and destroying enemies. While working on each stage, you’ll be paired with excellent electronic songs. To top it all off, the whole game is bathed in a retrowave/cyberpunk aesthetic.