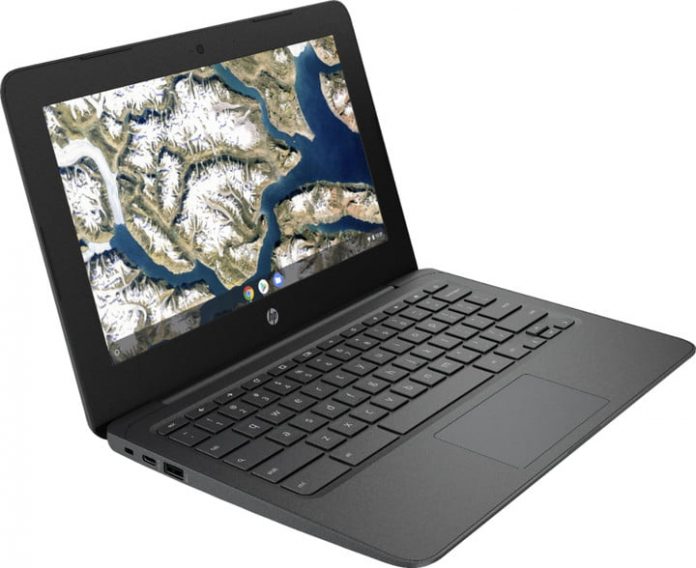 It’s back-to-school season and even though campuses would still likely be closed due to the ongoing pandemic, your child would still need a dependable computer for his remote-learning setup. A Chromebook ought to do the trick. The streamlined Chrome OS is much easier for kids to use, plus Chromebooks cost way less than their Windows and macOS counterparts. We’ve scoured Best Buy and Newegg and found the HP Chromebook 11.6, Asus C423, and HP Chromebook x360 14 on sale starting from just $189. And here even more back-to-school sales that you shouldn’t miss.

For those who need a budget-friendly laptop that’s easy to lug around, take a look at the incredibly light and affordable HP Chromebook 11.6. This Chromebook is only 3 pounds and 0.7 inches thick so it won’t weigh you down or compete with valuable bag space. Powered by an Intel Celeron processor with 4GB of memory and 32GB of eMMC flash memory storage, this system is as light as it gets, just enough to run Chrome OS and to do things like web browsing and document editing (which is exactly the point of Chromebooks). Its 11.6-inch WLED display is decidedly low-resolution with just 1,366 x 768 pixels (it also isn’t very bright) but it gets the job done and for the price, it’s very hard to complain. There is a built-in media reader which is great for transferring photos and other media files between the device and other systems. The HP Chromebook 11.6 is the ultra-light laptop that’s ideally suited for professionals and students who are on a shoestring budget. Get it for the incredibly low price of $189 instead of $219 at Best Buy today.

The Asus C423 is very impressive-looking despite its remarkably low price. Featuring an ultra-slim profile and an aluminum-finished lid, this is one sexy Chromebook you wouldn’t feel embarrassed carrying around. Its 14-inch NanoEdge display is another highlight, a welcome departure from Chromebooks with obscenely large borders surrounding the screen. Packed with 1,366 x 768 pixels, it would have been nice to get a 1080p display instead, but viewing angles are good and with a matte anti-glare coating, pesky screen reflections would never be an issue. This machine is powered by an Intel Celeron N3350 processor, which is fairly common in a Chromebook of this price point. It’s more than sufficient in dealing with day-to-day tasks such as internet surfing and content streaming, but we did notice a bit of stuttering when we tried to multitask. Finally, connectivity won’t be a problem as this Chromebook offers a healthy collection of ports, including USB Type-C which provides fast data transfer speeds and doubles as a charging port. The Asus C423 is a great-looking budget Chromebook that offers future-proofed connectivity. Get it for just $308 instead of the usual $326 at Newegg today.

The HP Chromebook x360 14 is quite expensive for a Chromebook, but its higher-than-usual price tag is perfectly understandable. This is one of the fastest Chromebooks we’ve ever encountered thanks to its Intel Core i3 processor. This laptop-grade chip blazes through Chrome OS and was able to easily handle 15 open Chrome tabs, four of which were playing YouTube videos at 1080p resolution. Appearance-wise, it’s reminiscent of HP’s Elitebook series, businessman-chic and very understated (a touch of color wouldn’t have hurt). Its 14-inch 1,920 x 1,080 IPS touchscreen is extremely sharp and vibrant but it’s not very bright. A lot of shadow details get lost in dark scenes. It is very responsive though, and the hinge flips 360 degrees so you can use it as a tablet. There’s a built-in fingerprint reader for simple, type-free security, and its impressive-sounding dual speakers are courtesy of high-end audio company Bangs & Olufsen. Stylish and powerful, the HP Chromebook x360 14 is the 2-in-1 Chromebook for the premium market. Get it for $499 instead of $629 at Best Buy today – a huge $130 off.

Looking for more? Check out our Deals Hub for more Chromebook deals.