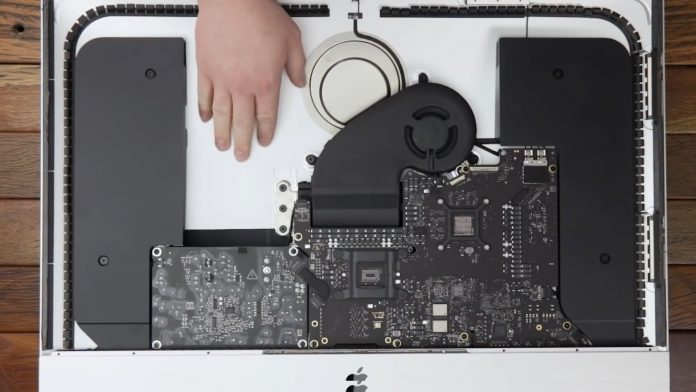 A teardown video, shared by OWC, reveals the internal changes in the new 2020 27-inch iMac.

The 2020 27-inch ‌iMac‌ was announced earlier this week with 10th-generation Intel Core processors, AMD Radeon Pro 5000 series graphics, up to 128GB of RAM, up to 8TB of storage, a 1080p front-facing FaceTime camera, a True Tone display with a nano-texture glass option, higher fidelity speakers, and studio-quality microphones.

– Camera is attached to the LCD, so have to take extra care to remove a third cable when opening up the ‌iMac‌.
– Lack of mechanical HDD (and SATA connectors on logicboard) – but this was obvious.
– Extra microphone(s) stuck to the case, notably an extra cable made connecting into tje logicboard close to the backlight. Other connects around the same position as the 2017/19 models.
– Solder joints for the 4 & 8TB model iMacs. 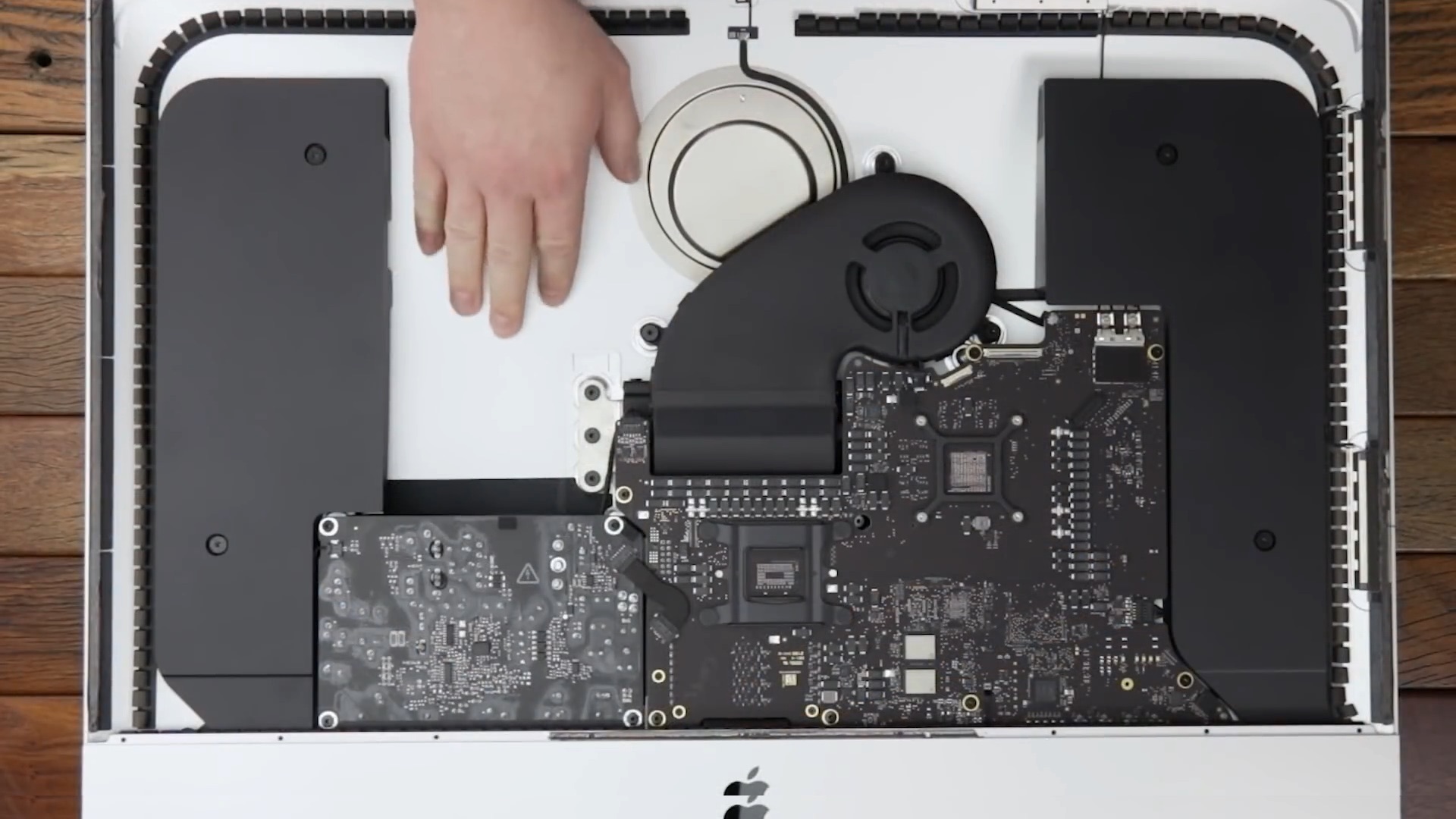 The biggest change inside the 2020 27-inch ‌iMac‌ is the lack of mechanical hard drive, as all models now come with SSDs by default. OWC notes that the disassembly now seems faster for this reason. There are no longer any SATA connectors in the machine and a small SSD is soldered directly to the motherboard. Instead, there are new solder joints for an expansion board to hold additional SSDs in the 4TB and 8TB configurations. In the 256GB, 512GB, 1TB, and 2TB configurations, the expansion board is not present.

The lack of mechanical hard drive has left a large amount of unused free space within the machine. It is of note that Apple did not choose to implement the additional cooling present in iMac Pro in this space, likely due to cost.

Another internal change is the additional microphone adhered to the bottom of the case, with the other microphone in the same position as previous years. The new 1080p webcam is attached to the LCD, so particular care has to be taken to remove a third cable when opening the machine. 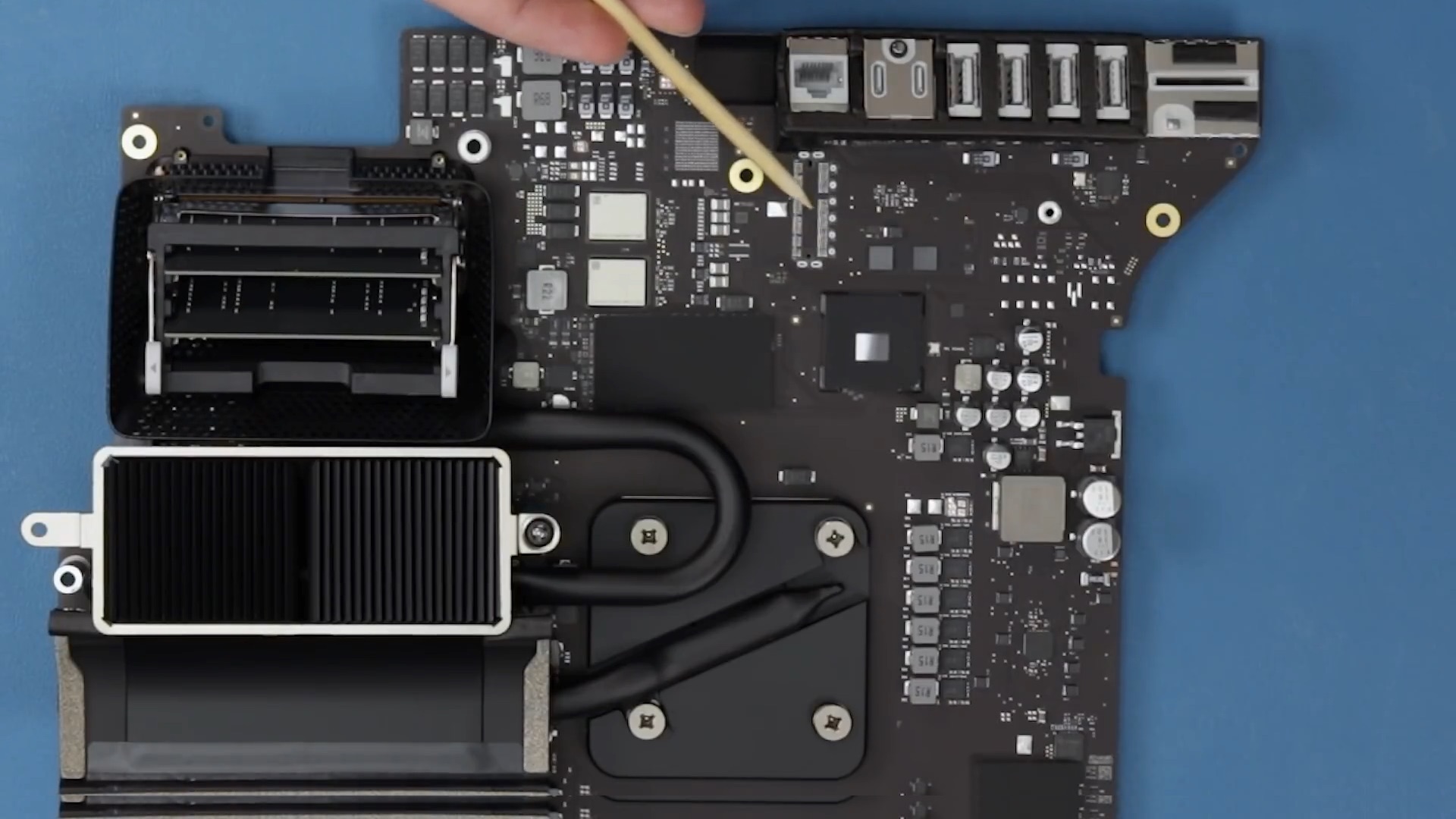 OWC did point out solder joints and mount that may be where the 4TB and 8TB models have flash storage expansion board.

Beyond these minor changes, the internals are much the same as previous models, with the same power supply, cooling, socketed CPU, and headphone jack. Although the speakers are purportedly upgraded, they do not appear to be any visually different within the machine.

Due to the 2020 ‌iMac‌ sharing almost all of its internal components with previous models, it will likely be no more expensive or difficult to repair than previous models. Similarly, most parts from previous years should be compatible with this new model.

The only part of the 2020 ‌iMac‌ that is still readily upgradeable is the RAM, which is accessible via a small door on the back of the device. Related Roundup: iMacTag: teardownBuyer’s Guide: iMac (Caution)
This article, “2020 iMac Teardown Reveals Internal Changes and Similarities” first appeared on MacRumors.com