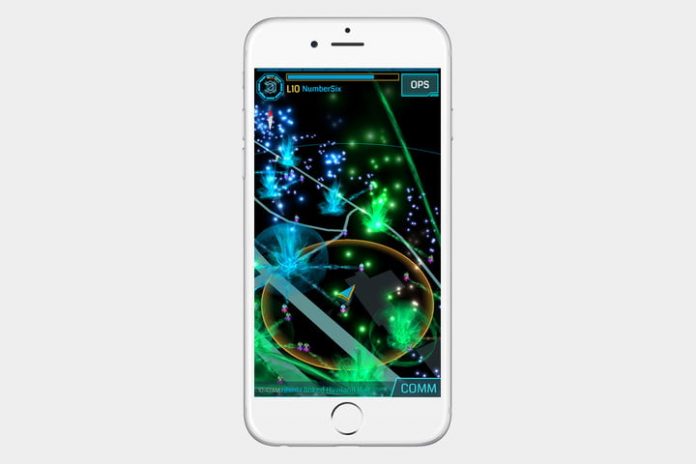 Pokémon Go has provoked legions of gamers all over the world to get off their butts and explore their surroundings. There’s something exciting about this newfound popularity for location-based games, a genre that has been technically possible for several years but languished in relative obscurity until now. The widespread adoption of mobile devices with GPS and powerful processors has enabled developers to explore new types of gameplay that blend the digital and analog worlds.

The genre is still growing, but Pokémon Go‘s massive popularity has already led to some impressive new titles. Here are the ten best location-based games for iOS and Android.

Pokémon Go didn’t come out of a vacuum. Developer Niantic (founded in 2010 as a Google subsidy) released Ingress in 2012, which was — until now — the biggest location-based mobile game. Players are divided into two competing factions of “agents” that struggle for control over “portals,” which correspond to real-world points of interest much like Pokémon Go‘s Pokéstops and gyms. Triangulating three portals gives control over the bounded area to that faction, earning them points for as long as the area is held.

The narrative frame for Ingress is a sci-fi scenario wherein a newly discovered form of Exotic Matter (XM) sparks a heated division about how it should be used for humanity. Because of their direct relationship, Ingress shares a lot in common with Pokémon Go, but the former features more robust game and social elements, along with a passionate community that’s already invested years. The game has changed a lot over the years, so much so that the devs decided to rename the entire project to Ingress Prime.

Ingress and Pokémon Go boast exercise as a secondary benefit of gameplay, but don’t quite provide the same direct motivation as a horde of zombies nipping at your heels. As the name implies, Zombies, Run! is an “exergame” that provides a mission and reward structure as motivation for jogging. With more than one million players, its website boasts that the title is the most popular fitness game ever for smartphones.

While zombies, as a whole, may be a bit played out in popular culture at this point, it’s hard to argue that the theme doesn’t fit the game’s activity perfectly. The game has more than 200 missions and a base building metagame, too, which should help even the most reluctant runners stay committed.

Do you want to buy the Brooklyn Bridge?

Landlord is basically IRL Monopoly. Players start with a generous loan of in-game currency that they invest in order to become real estate moguls. You buy a percentage of local buildings, landmarks, and businesses. and then collect rent based on how many people actually check in at the location via Facebook and Foursquare. Players can also trade and upgrade their properties to increase their value, competing with one another to be the biggest tycoon around.

Unlike other games on this list, geocaching isn’t a discrete product from a particular developer, but rather a huge, community-driven activity. In many ways, it’s the ancestor of all of these other location-based games, since it started in 2000 when the GPS standard was first opened to the wider public.

Participants hide GPS-enabled containers all over the world and then other people use the coordinates to find them and see what they contain. At a minimum, they contain a logbook that players sign, but some contain more exciting secrets.

Community standards dictate that if players find something in a cache, they replace it with something of equal or greater value. We’ve included the link to two free geocaching apps below, but there are more feature-rich, premium options available as well. While it may not have the elaborate metagame of something like Ingress, geocaching has a vibrant, global community that’s far more established than any other game on our list.

This is about as close as you can get to a traditional Pokémon Go experience. Also developed by Niantic, Wizards Unite adopts the same formula as its sibling but puts a unique Harry Potter twist on the action. You’ll still be wandering around your town, but instead of catching Pokémon, you’ll be searching for Foundables. These come in the form of creatures, memories, or other objects from the Harry Potter universe that have been possessed by evil magic.

Players cast spells and do battle with these forces by tracing patterns on the screen with their finger, some of which become increasingly difficult at higher levels. Fans of the wizarding world owe it to themselves to give this location-based game a download. It’s free-to-play and can be found on both iOS and Android.

It’s not surprising that the blocky world of Minecraft is a perfect fit for a location-based AR game. Minecraft Earth takes everything we’ve come to love in the original and does an excellent job turning it into a mobile title. Players are free to explore their surroundings, but they can also take on smaller, instanced sections that let them dig underground, explore cave systems, and deal with the dreaded creepers.

Crafting approximates a virtual Lego set, where you can let your imagination run wild before expanding it into a life-sized creation. As usual, there’s your regular assortment of leveling up, crafting gear, and exploring with your friends. It’s an ambitious take on the genre and one that shows great use of the technology.

Looking for something a bit more strategic? Resources is a much more complex game than others on this list, as it attempts to simulate a massive, player-driven economy. You’ll scour the real world for resource deposits while also managing your inventory of coal, clay, oil, and other commodities.

If that gets tedious, you can always attack other players and try to loot their hard-earned resources instead. No matter how you acquire them, you’ll want to amass a horde of these items in order to upgrade your operations and make the in-game news headlines. It’s not for the faint of heart, and does have a bit of a learning curve,  but there’s nothing else like it on the market.

Although it may not be as popular as Wizards Unite or Pokémon Go, Jurassic World Alive has a dedicated following of players — and enough content to keep you busy for years. Fans of the series will encounter iconic beasts that they will level up, breed, and battle in real-time matches.

You’ll need to roam your world to find these prehistoric creatures and collect their DNA, the main driving force behind the game. Between combat, evolution, and breeding, there’s a lot to wrap your head around. Thankfully, Jurassic World Alive does a great job of walking you through its various mechanics and is pretty easy for beginners to pick up.

Players who enjoy classic turn-based RPGs will find much to love in Orna. This strange title combines common RPG tropes — such as turn-based combat, party building, and class specializations — with all the features seen in today’s best location-based games. You’ll dive into dungeons, tackle challenging bosses, and collect more than 1,000 items as you explore the real world around you.

Once you’ve put together an unstoppable team, take the action online and compete with others in a PvP battlefield, or join a kingdom for access to online raids. It has a lot to offer players, even if it isn’t as popular as others in the genre.

Currently only available in Japan, but playable elsewhere through some technical shenanigans, Dragon Quest Walk has been making waves since its release in late 2019. By the beginning of 2020, the game had already amassed over $150 million in revenue, despite being available in just one country.

As you’d expect, players find themselves roaming the open fields of Dragon Quest as they do battle with slimes, golems, and other staples of the franchise. They can also customize their own home and furnish it with items found during their journey. There’s still no word about localization for the west, but we can hold out hope that a 2020 release is on the horizon. Until then, tech-savvy users can try using this workaround to get it running on their device.

Bust out the proton beam and vanquish the Stay Puft Marshmallow Man in this wild mobile game. It’s not as polished as some other titles, but Ghostbusters World is more than just a quick cash grab. The action plays out around a new storyline that features several fan-favorite characters from the original movie.

Gamers in the same vicinity can team up to battle powerful bosses or test their mettle in PvP matches. Clear your world of ghosts, discover hidden locations, and level up your powers as you run around your haunted neighborhood. Ghostbusters World is free to download on both iOS and Android.