Home How to Warzone: Fractured intel locations
How to 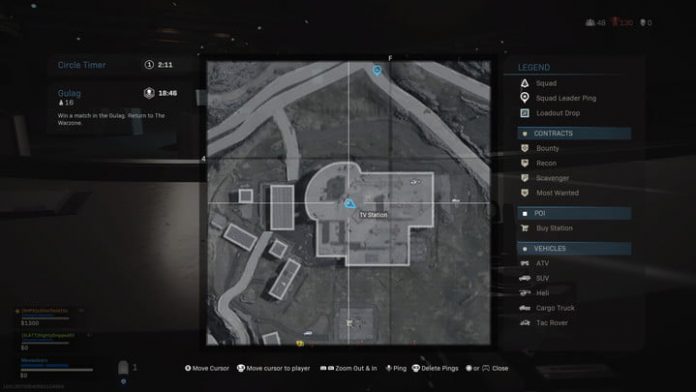 Call of Duty: Warzone‘s season four introduces new collectibles to discover throughout the Verdansk map — the first of which pertains to Fractured intel. In this guide, we’ll show you the locations of all seven pieces of intel, along with what you get for collecting them.

Before jumping in, it’s important to know a few things, like how to find the specific Fractured mission from the in-game menu. Make sure you tab over to Challenges from the main menu, followed by Missions, and then Intel. From here, go to Fractured, and view the first objective with a Y or triangle. You have to actually view the hint before it’ll spawn on the map. With that in mind, you can only find one piece of intel per game. That means once you find one, you’ll need to quit or finish the game, go back to the Intel menu, and view the next one before jumping back in.

The other thing to note is that you must collect each piece of intel in the order listed below. Each one is supposed to give you a hint as to where the next one is located, so there’s an intended order implemented by Infinity Ward.

We also recommend grabbing these pieces of intel with a group so they can watch your back. Otherwise, you could get easily overrun while attempting to collect them, especially in heavy traffic areas. If you won’t be coordinating with a team, it’s not recommended to attempt to find intel unless you’re playing solo. Separating from the team can ruin the experience for others who might not be focused on gathering intel.

Sometimes, it’s not a good idea to pick up a specific piece of intel. If the gas is closing in far away from an intel’s location, it’s best to come back when it’s safer. This is a case-by-case basis and should be decided upon depending on which piece of intel you’re looking for in relation to the gas and flow of the game.

Now that you understand how intel works, let’s get into the locations of each as part of the Fractured mission. Jump into a battle royale match when you’re ready and follow the guide below.

The first one — and arguably most difficult to get your hands on — is located in the TV station. This is a high-traffic area, especially at the start of a game, so we recommend spawning just outside of this area before slowly making your way inside. If you spawn right on top of the TV station and run in, it’s very likely you’ll get taken out, so be cautious when approaching.

You’ll find this one in the room with all the monitors, next to a yellow railing on the western side. It’s on a desk next to the green screen. Press square or X to collect it, and you’ll get a notification indicating the game has given you credit for this one.

Intel number two is found in the airport terminal, in between the economy and business class entrances. We recommend that you land on the roof of the terminal to check below to see if it’s safe. You’ll need to jump over the desk that leads to a long stretch to the north. Once you hop the desk, check the computer at the cash wrap to find this piece of intel. Again, this can be a busy area, so approach cautiously.

Intel 3 (airport control tower) — communications went down before the attack; follow the trail

The next one isn’t too far and can be found in the tall communications tower at the airport. You can enter this building by rappelling up from the ground floor or by landing in the control room with your parachute. The intel is found on the south side of the control room.

In keeping with the spirit of planes, intel number four is located in the front section of a crashed plane in the military base area of the map. It’s to the south of the actual military base, in the western portion of the rubble. You can find this piece behind one of the seats on the right side. This is one of the less-populated areas, so you should be able to land here right away with no issues.

For intel number five, you’ll need to return to the military base. This time, visit the bottom floor of the small building to the south of the large structure in the middle. The intel is found on a desk beside a laptop. This area is also busy at times, so try not to land here straight away. Instead, like at the TV station, position yourself just outside of this area so you can scout beforehand.

The final piece of intel is placed in the military base, to the southwest of the last one. This piece can be found inside a building next to a large tower. It’s three buildings down from intel number five. Head inside through the bottom floor and grab the intel behind the desk, next to two monitors.

After you’ve found six of the seven pieces, head back into the Intel menu and click View Intel on the final objective. This will unlock the last piece and reward you with 10,000 XP. There are other intel missions to participate in, too, as season four continues to amass more content. Many believe these collectibles hint towards a larger Easter egg that is yet to be discovered by players. It could just be a nifty set of collectibles, but implementing secrets is part of Call of Duty’s identity at this point.

Facebook
Twitter
Pinterest
WhatsApp
Previous articleHow to tell if your phone has been hacked
Next articleWhat to Do When You Feel Lost in The Legend of Zelda: Breath of the Wild